We arrived home late last night although it wasn't supposed to be that way originally.  Our flight got moved up an hour which made us both sad and happy at the same time but we got to the airport and everybody on our flight was checked in, waiting to board at 2:10 and then we were told we were delayed and didn't end up leaving until almost 4 pm.  We have to bus from our gate to the airport and when they opened the doors - everybody ran for the bus.  We did not.  We waited until the line got shorter so we didn't have to stand 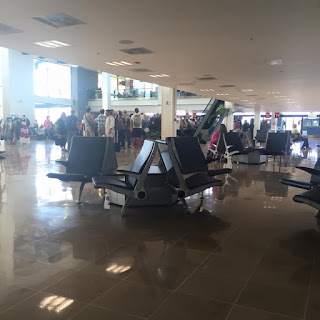 It was a good flight and I got my own seat since they sat us 3 and then 1 instead of our usual 2 and 2 that we get.  Ironically enough the people beside me lived around the corner from me.  How does that happen??

There was a medical emergency on board and we almost had to stop in Phoenix but there was someone on board who knew how to deal with seizures so we made it back to Calgary without a hitch.  But when we got there we couldn't land so we circled above the airport forever and then they couldn't get the bridge to the door correctly and finally they just gave up and we had a bit of a gap between the two.  We didn't care though, we were just happy to be back.  But then the luggage took forever for some reason.

This always happens to me although when we flew back from San Francisco last April the luggage belt broke and we were waiting for 90 minutes to get our luggage.  So it wasn't that bad but it felt much worse with very cranky and tired kids.  Greg ran to the car and we waited while he cleaned it off, warmed it up and came and got us. 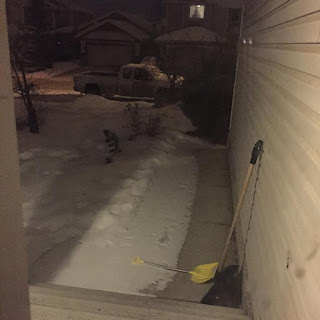 We arrived home to cold and snow although from what I was reading on twitter at the airport during our delay I thought we would have way more snow then this.  It wasn't much at all.  It was cold though.  It was only -12 but it felt like -40 to us.  What an adjustment in temperature for us.  We grabbed McDonalds for supper which nobody ate because even though we were hungry we were all too tired to eat. 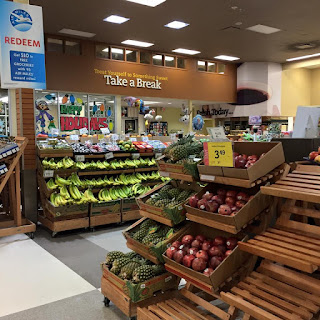 This morning I was wide awake way too early and after getting my fill of Pinterest (the addiction is real folks haha) I got dressed and ventured outside to get some groceries at Sobeys.  Since they had only been open for like 10 minutes I literally had the entire store to myself.  It was kinda nice.  I got enough groceries to get us by until Greg goes to Superstore to do our normal grocery run tomorrow or Monday after work.

Today, Greg and Penelope just left for soccer and I am currently doing laundry and trying to figure out how to best blog my trip.  Finley has a soccer game later this morning and then there are two football games on (Go Pats!!) that must be watched.  It's going to be a lazy weekend as we recover from our tropical vacation and ready ourselves to return to our routine on Monday.  Both girls are excited to go back to school and I am excited to have the house to myself on Monday too hahaha.