Running By The Numbers 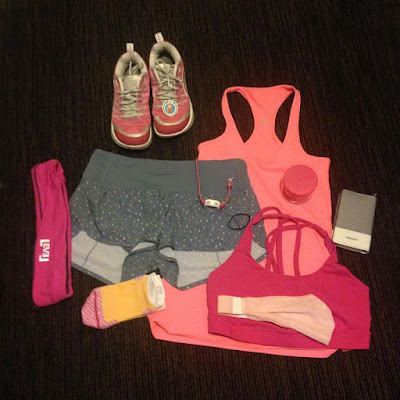 4 rolls of kt tape.  Although I seemed to have healed enough that I haven't used it much since the SeaWheeze in August!!!

3 pairs of runners - 1 pair of new balances that caused my severe it band pain, 2 pairs of altra intuitions.  I will never ever run in anything else.  Worth every single penny.

2 massages - why I never though to do this earlier I have no idea.  They saved me.

9 physiotherapy appointments - while it is never great to have any running injuries, it helps when you have a fabulous physiotherapist helping you get better.  If you live in Calgary and need a good one - check out Sherry at the Calgary Running Injury Clinic at Glenmore Landing.

1 it band strap - this also saved me from chronic it band pain while running. I think I might be able to slowly get rid of it in 2016 but it was probably some of the best $22 I have ever spend.

2 toe nails lost - both were running related but 1 was made worse when I dropped a heavy box of furniture on my feet.

100 litres of electrolytes - before + after training runs and races.  I am guessing on the number as I never kept track of that haha.  If you are running and not drinking electrolytes before and/or after, then start.  You will notice a difference almost immediately.  Best thing I ever did!!

643.74km run.  I am ok with this number considering I was limited the first few months with my it band injury and the harvest half that I ran in October took a lot out of me both mentally and physically and it took me longer to recover from that race then any other race I have run.  Next year I hope to at least double this as long as I stay healthy.