How Becky Got Her {Running} Groove Back 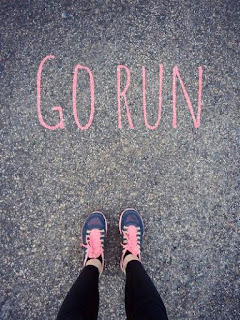 Go Run.  It seems so simple, so easy.  Most days it really is but every once in awhile it's not.  Before I went to Mexico, I was running outside my usual 3 days a week.  I even ran when it was -20 outside.  But then we went to Mexico and I only ran once.  I could tell you 10 reasons why this happened but honestly I don't think it would matter if I would have ran every day or no days.  Nothing would have been different once I arrived home.  It wasn't too cold when we arrived back but it felt so much colder.  It snowed a few days later and made me not want to run at all. I went to bootcamp and that was great and then when I went for my Tuesday morning run,  I fell down some stairs and hurt myself.  Did it hurt? Hell yeah it did but I was kinda relieved because now I couldn't run.  I really didn't want to run.  Thursday morning I felt better and realized I needed to get back on this running wagon.  I have a 30km race coming up the end of April and I need to get the miles on my feet or there was no way I could do it.  I posted on Instagram and in the SeaWheeze chat group I belong to, asking how to get back in it.  Someone simply said just quit thinking about it and just do it.  So I did.  I got ready to run outside after I got the girls to school, but when I got home my stomach was not great so I decided I was still going to run but on my treadmill.  I hate my treadmill but I couldn't risk being in Fish Creek without being near a good clean bathroom just in case. 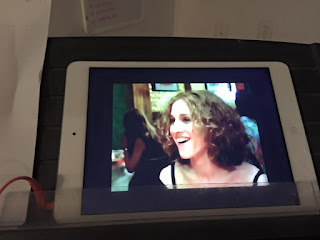 I searched on crave and netflix for something to watch while I ran.  I need something fun and entertaining and nothing I need to think too hard above.  Seinfeld + Weeds were great for this but I had finished them both so I needed something new.  I decided on Sex and The City.  It's one of my favourites and I hadn't seen it in awhile.  It's available on Crave if you are interested, which is now available to all Canadians! I aim for 2 episodes per treadmill run.  Which still isn't great but at least it's got me running. 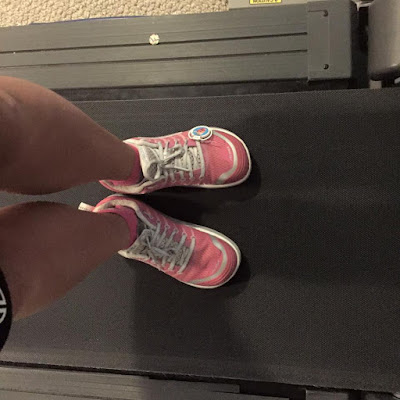 I was really happy after I got back on the running wagon so to speak.  It woke me up and got me back on track.  I was running and/or doing a workout every day except for Saturday which is traditionally my rest day.  Snow, cold weather, doctor appointments have made it that I had to do 3 or 4 treadmill runs which I thought was going to kill me but I am really happy with myself that I didn't decide to skip the run altogether.  While I never got to the distances I needed to get to for those days, at least I laced up my shoes and got on this. 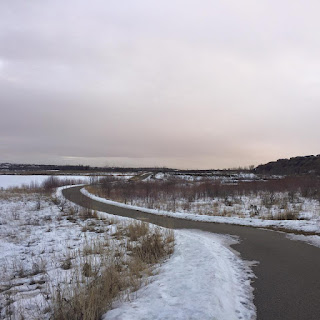 But finally, yesterday I was able to get back outside and run.  It was marvellous.  There is nothing, and I mean NOTHING better then running outside early in the morning.  It's crisp, cool, refreshing and you almost have the whole place to yourself.  I never once met another person until my way back but to be fair,  this part of Fish Creek isn't overly busy on nice days. 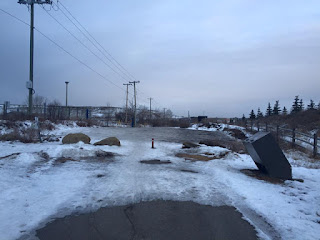 I ran through Lafarge Meadows and if you are wondering why it's called that is because if you run along that path you come to a dead end and then you either turn around or turn right.  Turning right takes you to another dead end kind of.  The trail ends and there is a Lafarge plant on the left and it turns into streets which I am assuming is Chaparral Valley based on where I was.  I am not keen on running through neighbourhoods that I don't know as there is 106% chance I would get lost.  I mean, I get lost running in my own neighbourhood which is why I run the exact same route each time I run there.  Which is also probably why I hate running in my neighbourhood. There were some snow covered areas and some ice but it was all runnable even without spikes because I hate running with spikes.  I can hike with them but no way will I run in them. 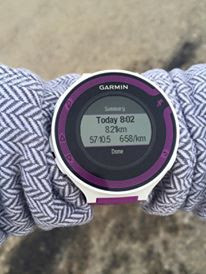 My training plan indicated that I needed to run 12km but I knew at this time that would not be possible.  Running on your treadmill and running on pavement are two very different things and for me, I can really feel the difference in my feet and calves.  My goal was 8 and I ended up with 8.21km.  My pace was off too which normally upsets me but I really need to focus on making my long Sunday runs slow to avoid injury.  This was my first outdoor run in Calgary since January 7th so  I am quite happy with myself.  Hopefully on Tuesday I can get in 10km and then get back on my 30km training schedule!!