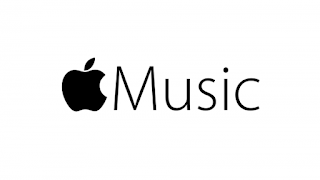 Last week I signed up for Apple Music.  I had heard of it of course, but I didn't know much at all about it and what I thought I did know about it , didn't make me want to sign up for it at all.  What made me make the jump? Well, Kristen asked me if I had Apple Music because she had just signed up for it.  She was surprised I had never signed up for it myself.  She told me that it was more then just a radio and that it wasn't just streaming music while on wifi, you could actually download them to your phone and listen to them while being offline.

Apple Music Is:
The downside to Apple Music made me second guess if I actually wanted to continue with it.  I don't care too much about sharing the music but losing it made me kinda sad.  However, I love love love love Apple Music.  And the thought of losing access to all the music I have already downloaded made me quite sad.  But truth be told, I waste a lot of money on songs I thought I liked but haven't listened to since the week after I bought them.  And I buy a lot of songs to run to and since I run so often and long distances at that, I listen to a lot of the same songs over and over and I am hoping this will help.  The day after I got Apple Music, I ran to a Bruce Springsteen playlist and it was glorious. I figure if someone I really love releases a new song or album, I would just buy it on iTunes and same with music that the girls want on their tablet.

I would very much recommend that you at least look into Apple Music.  I promise you won't be disappointed.  I have made a playlist full of 80s movie soundtrack, I have Hamilton the Musical on a playlist and I absolutely love it.  I need to try to get tickets and then a book a trip to NYC to see it.

at March 03, 2016
Email ThisBlogThis!Share to TwitterShare to FacebookShare to Pinterest
Labels: Electronics