On Sunday, we headed down to the Stampede Grounds to attend Aggie Days.  We had no idea that it had moved from the BMO Centre until we got there.  We couldn't figure out why there were so many people in the halls dressed in suits and dresses haha.  We ventured out the set of doors when Greg thought it might be in the new Agrium Western Event Center. 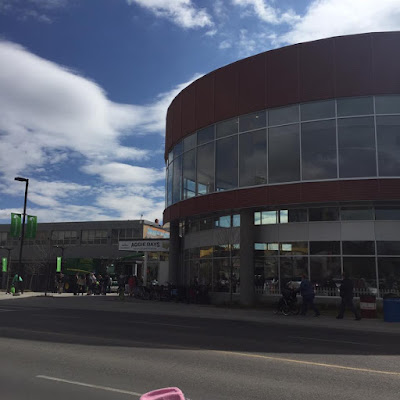 They had all the tractors outside which kinda sucked because it was really windy when we go there so we didn't get to look at the combines or anything which the kids were kinda disappointed by.  When you walked into the centre it was complete chaos.  They had the plant/soil/dirt display there and it was crazy with people looking at that and trying to get into the other section where the displays were and upstairs to where there was more stuff.  I did not enjoy this chaotic part of the event. Little did I know, a good section of Aggie Days would be like this. 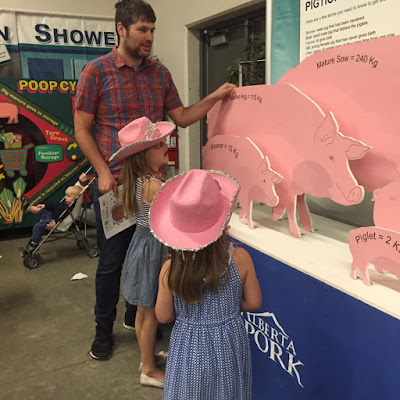 Here was Greg teaching the girls about the different kinds of pigs that exist here in Alberta.  They have no problems knowing where their meat comes from and they discuss this every day when we eat.  They were a little disappointed that we didn't eat the bigger pig. 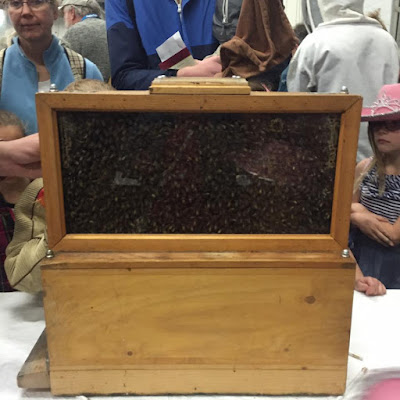 The bees are always my favourite part of Aggie Days.  I don't remember how many bees are in this one but it's a lot and there was a Queen Bee in there.  They have blue on them so that you are able to distinguish which one is the Queen Bee. 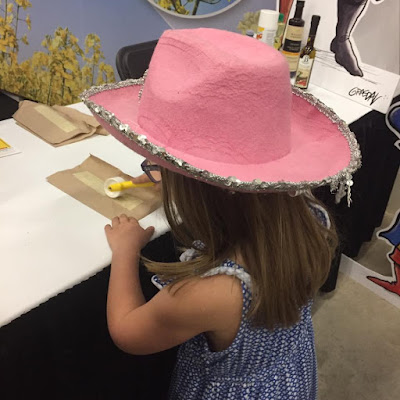 Penelope is trying to make Canola Oil from Canola seeds.  She rolled everywhere but over the seeds so I took over for her. 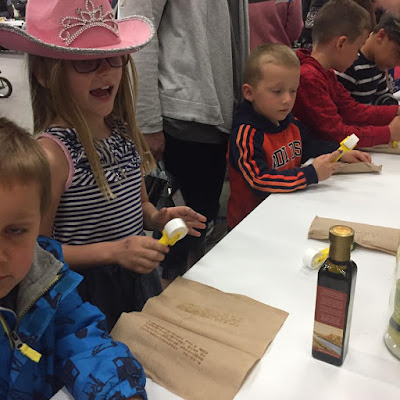 Finley was excited to see that she made oil. 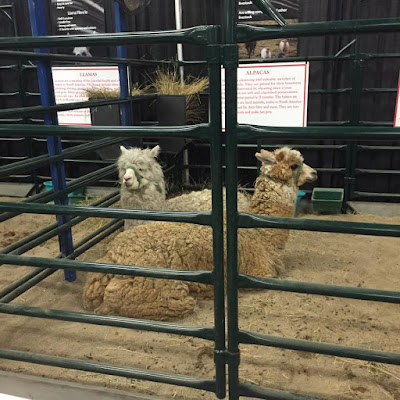 The animal areas was really well done and much better then when it was in the BMO centre.  It was a circle around a horse agility event and it was really spaced out.  There was lots of room to walk around and view the animals and participate in activities.  We all really enjoyed this aspect of Aggie Days. 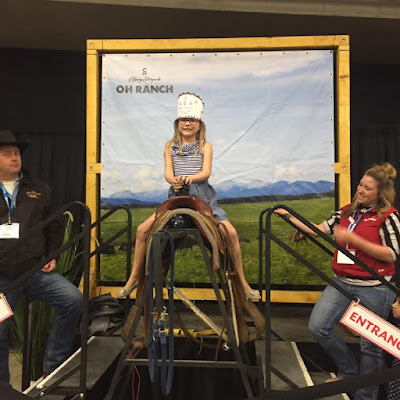 Pretending she was a horse back rider 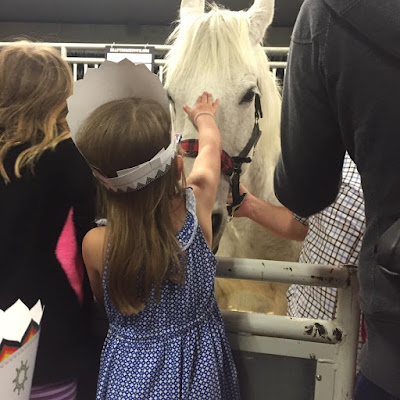 Getting to pet the horses.  Penelope was looking forward to this all day. 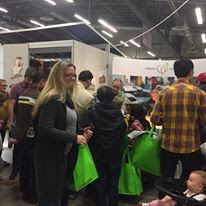 Soon we finished the animals and were back into the area with all the displays which was insanely chaotic and busy and people were pushing people around.  It was awful.  They need to make it easier to get around and view the displays next year.  We skipped a lot of displays because it was just too crowded. 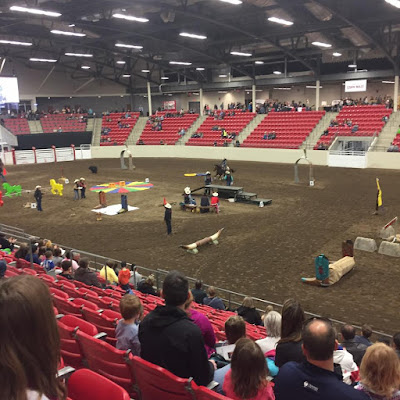 We then went upstairs and watched the horse agility event.  It was pretty neat - and it was funny to see how scared the horses were of the fake bear in the top left corner of the arena.  They were having none of the horse crap.  They also had a face painting and cartoon caricature and rope making booth but those were crazy insane with line ups for days so we skipped that.  We did do the Corn Maze that was set up there and the girls loved that.  I think they could have put a few more displays up there to help ease the insaneness of the display area on the main floor.

So while we definitely had a good time, it would have been much better if the booths weren't so close together.  Perhaps next year they can make a few adjustments to make it a much more enjoyable experience for everybody.