1. I have been on snapchat since last June.  I downloaded because the New England Patriots had won the Super Bowl earlier that year and were receiving rings in June and they were snap chatting from the event.  My best friend was already on it and used it far more then I did.  For the longest time it was just her I snapped with and I wasn't very good at it. Then slowly more and more friends and celebrities were added and I kinda started thinking maybe I should figure out how to really use it.  I had no idea how to do filters, faces, videos - nothing!!  But I sat down one day last week and figured it out and now I like it and use it a lot.  I like that snaps are only there for 24 hours and you never know what you are going to see.  Some days I go a little snap crazy but I try to contain myself hahahaha.  If you are on Snap Chat, my info is below so you can add me if you like. 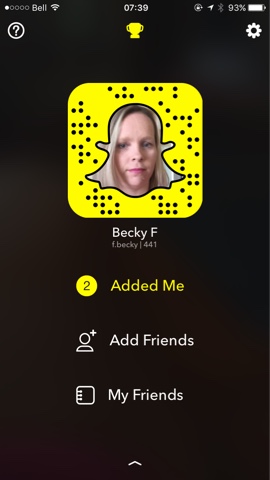 2. It's been almost a year since I scored this Crate + Barrel coffee table off of Kijiji for $100.  I had lusted for it after I saw it on Pinterest one day but didn't love the price it retailed for.  I still love it today but I hate how dirty it gets so quickly.  When I bought it, I was wiping it down like every day and then it was every other day and now a days, it's mostly weekly and even more so when we are having people over.  It feels like I wash it Wednesday morning and by Wednesday night it looks like I haven't washed it ever.  But at least it looks pretty when it's clean!! 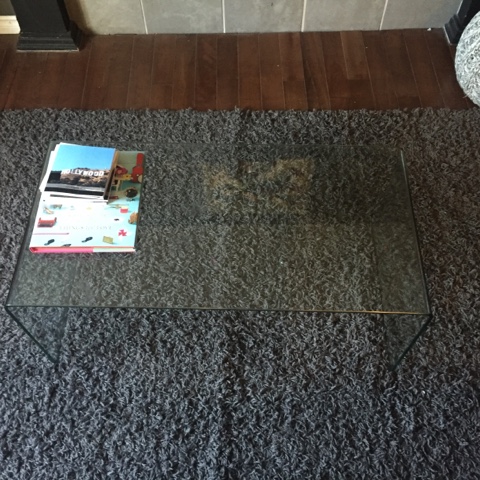 3.  Last Friday, Lululemon collaborated with a local Calgary company called Local Laundry to release limited edition Calgary Marathon shirts.  Each store received 32 shirts and portions of the sale went to Kids up Front which is great.  The ladies stuff sold out within hours but the men's not so much.  Probably because they're not crazy like us hahaha.  Lululemon has released merchandise for many marathons in other cities so it was really great to see them do it for Calgary too.  And it makes me feel a little bit better about not being able to run in the race on Sunday. 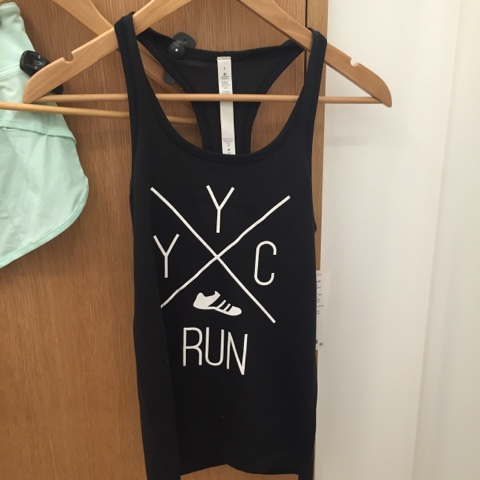 4.  Last Thursday, Penelope woke up with a head cold and on Monday, she proceeded to pass it on to me.  How nice of her.  I am writing this on Thursday night and I am feeling better then I did this morning as a lot of the congestion has dissipated but I am still feeling super dehydrated from it even though I have drank gallons and gallons of water.  I skipped my run this (Thursday) morning because I wanted to rest my body and not wear it out since I have been pretty active all week!

5.  A week or two ago, I was in Starbucks when I saw there new summer tumblers had been released. Most were just boring solid colours that I wasn't overly interested in but as I walked towards the cashier, this one popped out and I immediately had to buy it.  I needed a new water bottle to revitalize my water drinking habits because I really kinda suck at it.  So far, I have consistently been drinking more water each day and if this tumbler helps me stay that way, then it has been a great investment!! 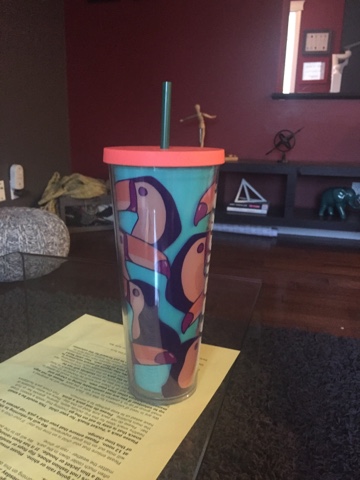