Last Saturday, Greg and the girls decided to go camping.  I chose not to go because the low overnight was below zero and the morning getting up was going to be soooooo cold.  So I stayed in Calgary and cleaned my house before heading over to one of my best friend's house for some wine, strawberries + puffed wheat cake. 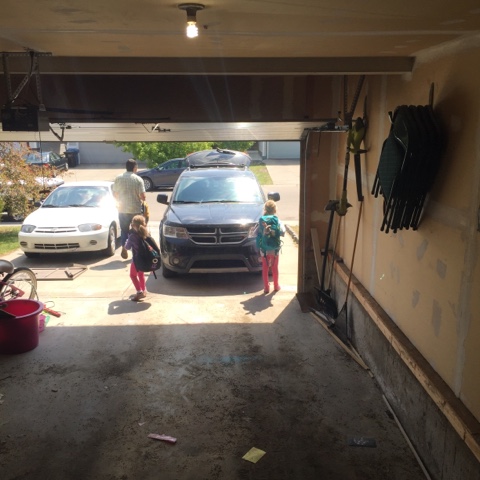 Greg and the girls loaded up the vehicle with all of the camping gear that they needed while I watched from the doorstep in the garage and soon they were off for the night.  They just headed out to Gooseberry Campground that is off Highway 66 - about 30 minutes from our house.  It's a cute little campground that got a transformation during the floods of 2013. 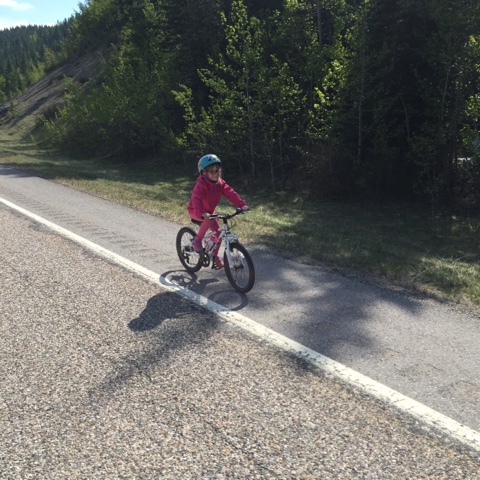 They went for a bike ride along the highway since it was still closed for the winter.  Finley loved riding over the rumble strips. Penelope apparently complained she was cold and  had 3 jackets on at this point and soon added a fourth.  Greg texted me this photo and said how many jackets she had on and then adding that she was clearly my daughter hahahaha 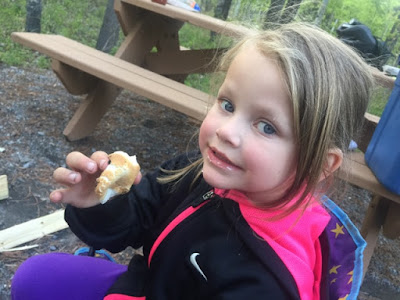 They were both most excited to roast marshmallows!! 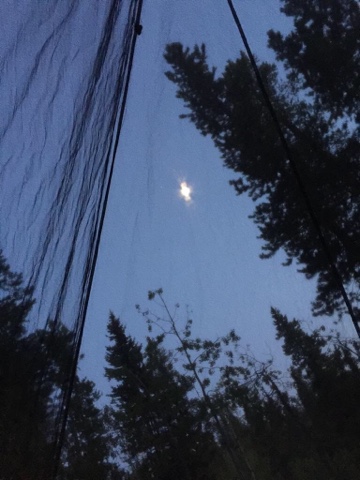 They slept with out the cover on the tent so they could look at the stars when they came out.  Neither kid stayed up that long but Finley did get to see Jupitor which she was quite excited about.  She wants to be an astronaut so she loves being able to see planets and stars. 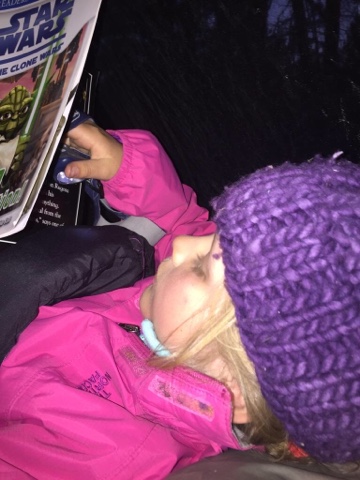 Finley did some reading of her beloved star wars book before waking up at 2:30am and puking and then again at 5am.  Thankfully she managed to miss all her camping essentials and only got her Officer Judy Hops and her star wars book covered with puke.  The book went into the garbage but we got Judy Hops clean - although Greg still calls her Officer Judy Hops much to the dismay of Finley.  She is from the movie Zoo Topia if you are not familiar with who she is.

Finley said she was fine both times and didn't want to come home, which is mostly good because who wants to pack up a tent at that hour??  I think she just ate too much candy the night before because Greg buys special treats for camping and hiking trips.  She was fine by the time she got home that day and was already asking when they could go back again!
at May 25, 2016
Email ThisBlogThis!Share to TwitterShare to FacebookShare to Pinterest
Labels: Bike With Kids, Camping, Explore AB, Gooseberry Campground, Outdoors