I have been using my bose ear buds for the last year.  Before that I used the ones that came with my iPhone.  My bose ones were expensive and had the quality of some fake ones you would buy on ebay.    They were loose at the port that plugs into your iPhone and when I called Bose to have them replaced because of my warranty, they told me that I wasn't allowed to wear them running and that was why they were ruined.  They couldn't handle the sweat in my ears but they would replace as a one time thing.  Except that they were ruined at the aux port thingy and it had nothing to do with why or how I wore them.  They worked for about 4 months (which was the same as last time) and they started cutting out during the eyeball the wall race and as long as i played with the port that connected to my iPhone they would work.  I know Bose will just blame it on running again even though that is absolutely not the case so I did some research on the best wireless running earphones. 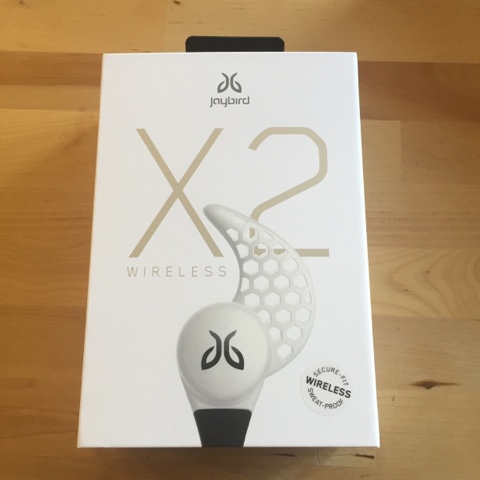 I belong to a seawheeze chat group and there are posts on wireless earbuds all the time so on Sunday I went on there, searched all the posts and the overwhelming consensus was the Jaybird X2's.  So then I went to google and searched them and read all the reviews and they were rated the best wireless on nearly everything I read.  I didn't check to see what the price was on Amazon because I wanted to buy them somewhere I could easily return them if I didn't like them.  They were too expensive to not absolutely love them to keep them.  I ordered them from Best Buy on Sunday night and they arrived on Wednesday morning. 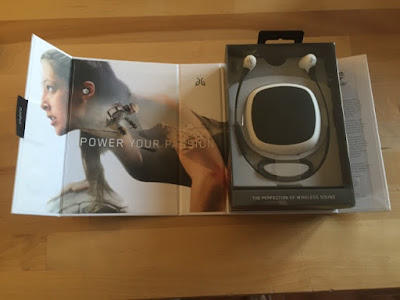 I opened up the package excitedly and I saw the earbuds, the white container and the box with the ear tips.  I actually thought that somehow the white box magically charged the earbuds haha.  But after I downloaded the pdf online, I realized that you squeeze the bottom of it and the black thing opens up and it had the charging cord and ear fins.  I had a good giggle once I realized all this. 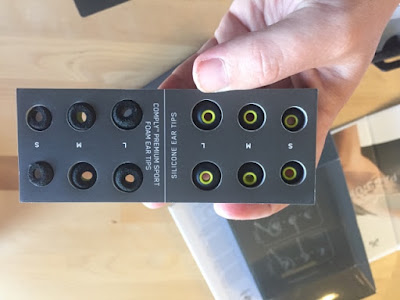 Most ear buds come with 3 different sizes just like this but it came with both silicon and foam!!  How does one decide which one to use as opposed to the other?? 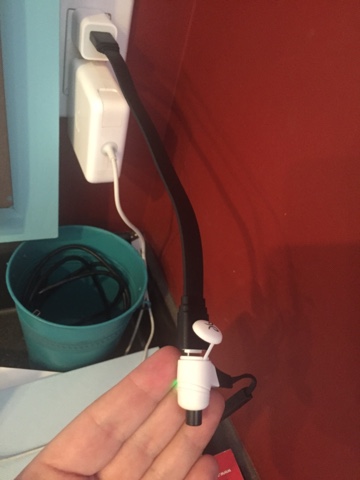 You open the end on one earbud to plug into the usb cord that you can plug into your computer or in my case, my iPhone charger.  It talks to you when the battery is low.  The battery is good for about 8 hours which is good since I don't plan on ever running for that long in one run hahaha. 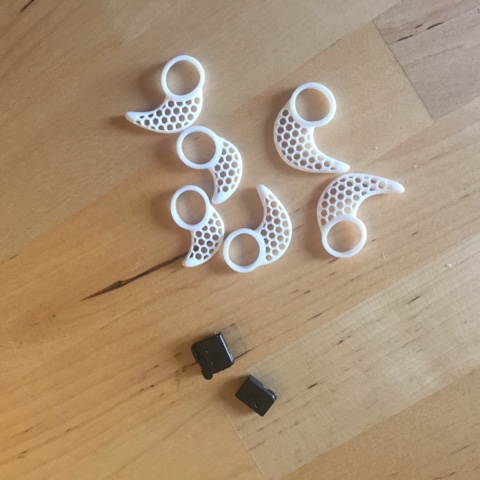 So after you figured out which ear tip fit best in your ear,  you had to choose a ear fin and then figure out how to get it properly on your earbud.  I was so annoyed and frustrated until I read the pdf instructions on how to do it.  Once I read that and then compared the ear fins to the one I had on my bose pair, i got them to fit right.  The black things are cord clips which I assume you clip to your hair. I don't think I will need them, so I didn't try to figure those out. 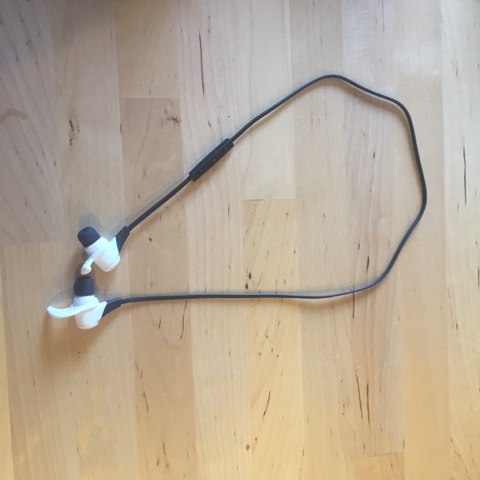 So here are the earbuds fit with the foam ear tips.  I am going to try these first and see how they go.  And then use them with the silicon ear fins to see how they compare.

UPDATE:  It's been 13 days since I received these and I went back to return them to Best Buy on Tuesday.  I couldn't get them to stay in properly while running and when I went to charge them a piece broke off.  For $170, it just wasn't worth it to keep them.  Best Buy actually doesn't do returns on headphones once they are opened, just exchanges for hygienic reasons but they did it for me because it does not tell you that when you purchase them online.  Shout out to Brad for making my day doing that for me.   Some good news is that Bose is replacing my ear buds for a second time.  It's frustrating that this has happened again but happy they are doing something about it.
at May 19, 2016
Email ThisBlogThis!Share to TwitterShare to FacebookShare to Pinterest
Labels: Electronics, Running