This was a relatively slow week.  I was so worried about aggravating my injuries that resulted from a weak hip that I virtually did nothing. 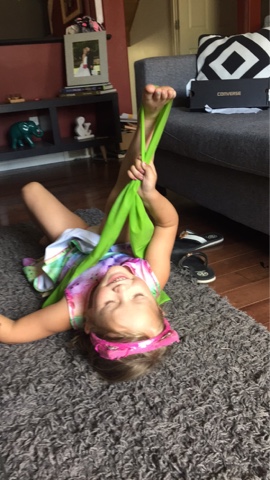 Monday I was supposed to go to bootcamp in the morning since I had Bieber that night but Finley wasn't feeling well so she stayed home so I couldn't go.  I did some core and some stretching.  As you can see, I had a helper.  This is what most of my week consisted of: stretching + rolling. 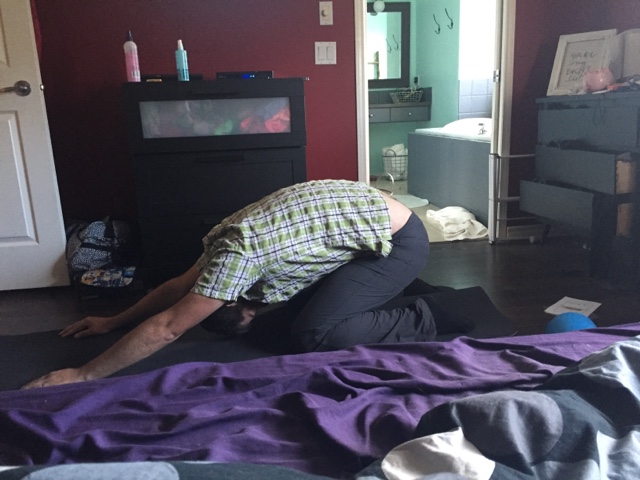 Today, Greg took the girls to soccer and I went for a bike ride.  There is no photo because I didn't bring my iPhone but here is a photo of Greg doing yoga.  He's been doing yoga most nights after the girls go to bed. I have to keep correcting him on his plank because his bum gets too high in the air.  Now I know how Shannon feels hahahaha.  I also did some light stretching and I went for a massage this morning so I was feeling pretty good. 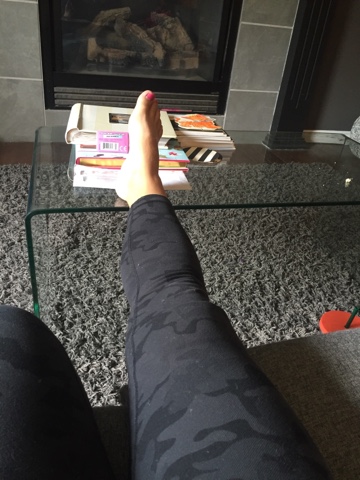 On Wednesday, it was more stretching - this time specifically behind my knee.  It's really hard to get to and is usually a result of tight hamstring and calf since they meet directly behind there but neither were really tight.  I googled some additional exercises and it seems to have helped.  Hopefully it holds up on Sunday! 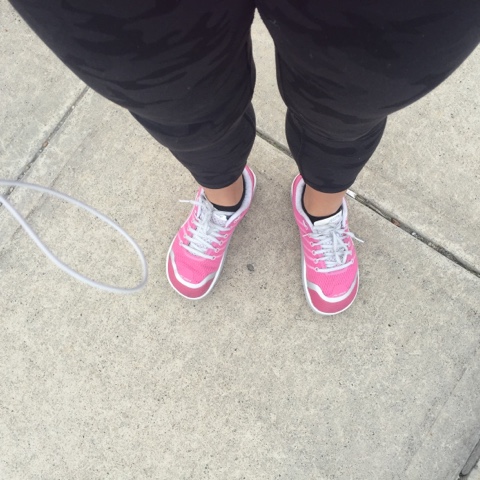 On Thursday I went for a 5k run after I dropped the girls at school.  I broke no speed records but it was a good pain free run.  I continued to stretch and roll out my legs in anticipation for Sunday. 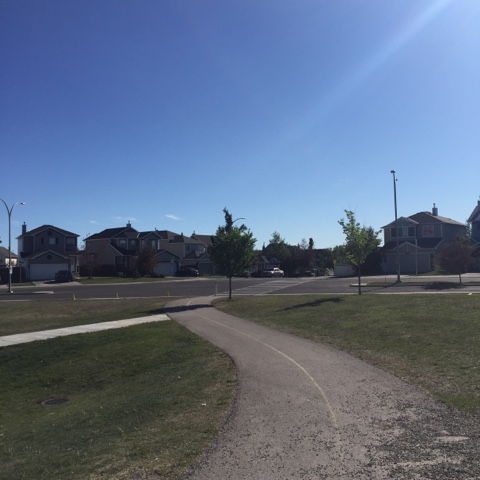 On Friday, I took the girl to school, grabbed some starbucks and walked the very long way home for about an hour.  It wasn't a leisurely walk as I was sweating when I got home but it wasn't running that's for sure.  I also went on a 30 minute bike ride too. 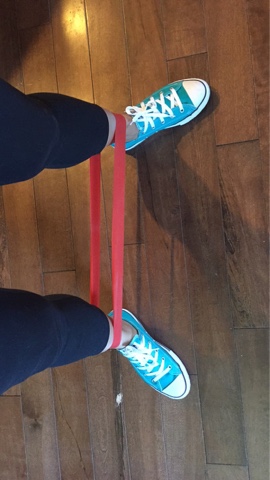 I spent most of my afternoon on Friday doing strengthening, stretching and rolling out.  I am still feeling pretty good about Sunday at this point but I am still stressed that my hip is going to give out and destroy my it band + knee.  Here's hoping I am wrong! 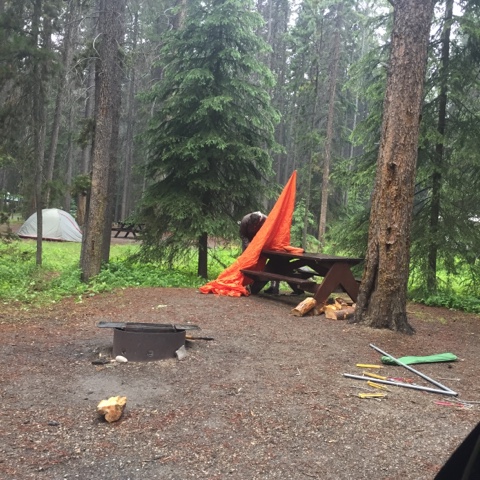 I normally would go for a quick 3km run before a half but I skipped that today.  I am just too worried about tweaking something.  So I woke up and did some stretching and rolling before we headed to Banff.  I had planned to do some biking to stretch out my hips when we got there but Mother Nature had other plans and it rained the whole time. 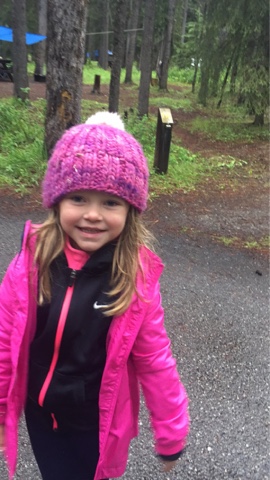 It rained all night Saturday and into the morning but it finally stopped around 730am and the weather seemed perfect heading into Banff Marathon.  This was Penelope on our way to the washroom and she asked me if I was ready for my half marathon despite all of the rain.  And I said I sure was, I worked hard to get here and no matter the weather I am going to be ok.  She said I thought so Mommy.  I love that she believes in me even more then I believe in myself some days.

The sun peaked out during the half and I got warm quickly.  We ran into the wind on the way back and it sucked.  I won't go into too much detail here on my half marathon.  Check back tomorrow to see  how it all went down.
at June 20, 2016
Email ThisBlogThis!Share to TwitterShare to FacebookShare to Pinterest
Labels: Banff Marathon, Banff National Park, Fit Week In Review, Johnston Canyon Campground