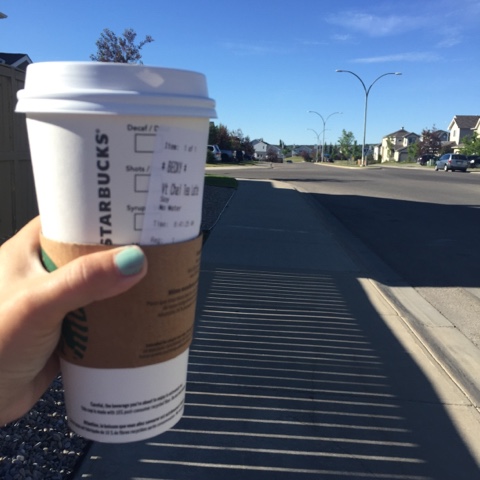 This was the day following my half marathon.  I was pretty tired and I thought my calves were in enough pain to kill me.  Greg rolled them out before he left for work that morning and I am sure my neighbours thought he was murdering him.  I wanted nothing more then to go back home after I dropped the girls at school and crawl into bed and do nothing, I mean I deserved it didn't I? But instead I walked to Starbucks and then walked home and mowed my front and back lawns as well as my neighbours.  I knew keeping active would be the best thing for my recovery so I was on my feet the entire day. 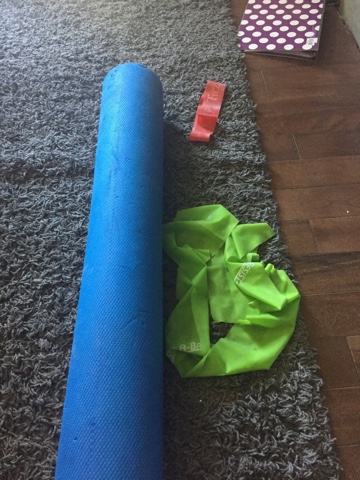 I did spent about an hour rolling out and stretching.  My calves and hamstrings were super tight but surprisingly nothing else really was.  The blister on my foot had hardened really well from all the walking I did today which was a huge relief.  I did go to bootcamp where I had to do a lot of running around ball diamonds, squats, burpees, elevated push ups, in and outs, tricep dips and sit ups.  I was happy that I was able to participate fully although by the time I got to the burpees, my legs were starting to feel pretty tired.

My friend Christy over at R Squared did her fitness week in review last week and I loved it and she added her fitbit stats so i am adding mine too! Love this idea Christy!!! 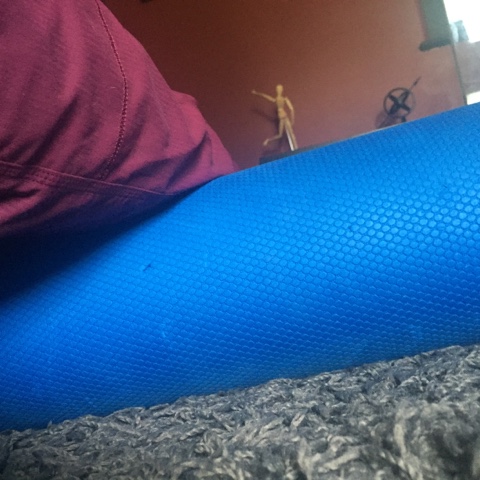 Tuesday is typically my short, fast run but my legs were feeling pretty tired when I woke up that morning to postpone it until after I took the girls to school but then they still were tired so I decided to postpone it until the following morning.  Instead, I did a lot of rolling out and lots of stretching.  It was much needed.  Greg again rolled out + massaged my calves and they were finally feeling so much better. 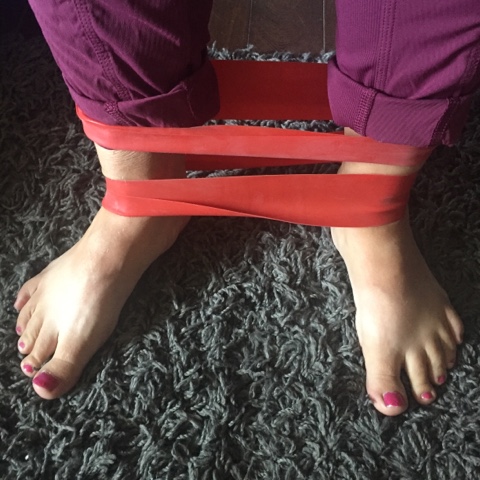 I also started back on my strength training for my right hip and Greg suggested adding a second resistance band to my exercises since I was complaining the single one wasn't doing much.  Instead of doing 30 reps on each leg for each exercise, I am at 10 because it is a lot  harder.  I think this will help my hip a lot! Eventually I hope to add a third one and by then I hope my hip is finally strong enough that I won't need to do this every single day. 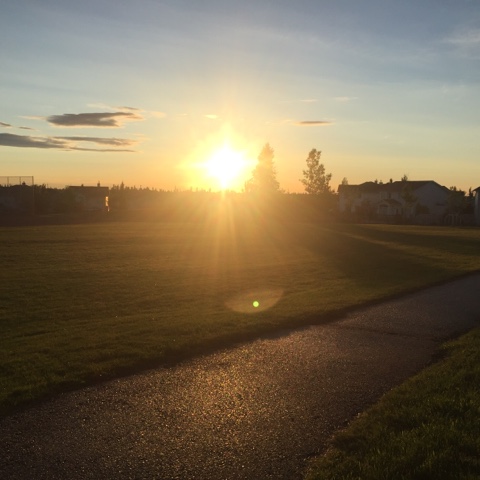 On Wednesday I got up early before Greg went to work and went for my run.  It was insanely beautiful out. When I got out of my drive way and onto the sidewalk, I thought I wasn't going to make it to the end of the block.  My legs felt like cement and I felt like a sloth moving.  When I glanced down at my watch, I think my pace was over 8min/km which is really slow for me.  Thankfully by the time I got home my legs were feeling much better.  It was a tough 3km for sure. 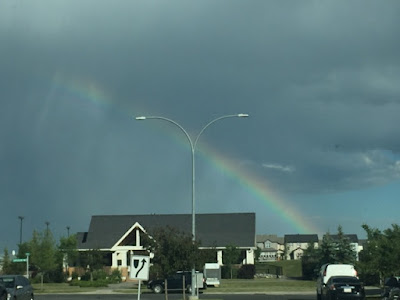 That night, I also had bootcamp.  I don't normally do a double workout like this but sometimes you just gotta.  This was the rainbow I saw driving to bootcamp.  Don't worry I was stopped because I was grabbing something from a friends house.  I was the only one at bootcamp and we started off with 2 laps around the park we were at, which wasn't too bad.  We were doing cards which is always really tough.  Here's how it works: Spades were plank to toe touches, diamonds were push up to side plank, clubs were jump lunges, hearts were two frog jumps with high knees back and jokers were 50 burpees.  Whatever number was on the card was what you had to that many of the exercise assigned to it.  It doesn't seem difficult but trust me it really is.  Thankfully I only got the joker card once - but those burpees nearly killed me.  I couldn't figure out why my legs were barely holding me up until I remembered that I had ran that morning.  This workout was still hard that my abs still hurt on Saturday from it.  How awesome is that - despite all the pain hahaha ?? 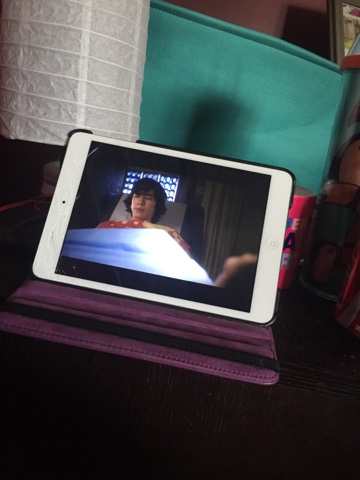 Thursday I took a full on rest day.  Like I did nothing.  No stretching, core, rolling or strengthening.  I was done and I needed a full day to do nothing.  I told Greg that night how happy I was that I did nothing and then he asked me how many steps I had gotten and when I told him, he was like that's not a rest day hahahaha. 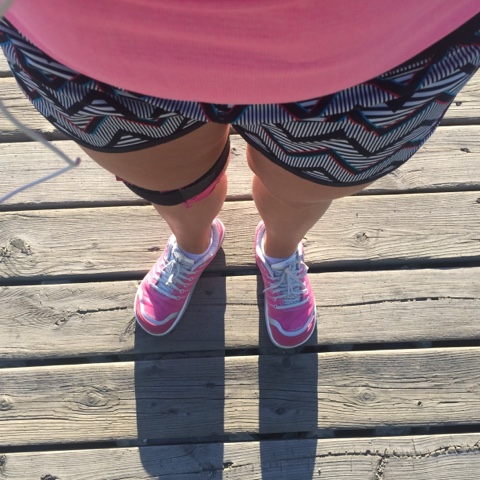 Friday was another beautiful morning but it was hard to get out of bed to run.  I procrastinated and kept telling myself that night or Saturday morning but deep down I think I knew I wouldn't so I got up and went.  I ran 5km and although I wasn't as fast as I would normally be for that distance, I was faster then Wednesday morning. 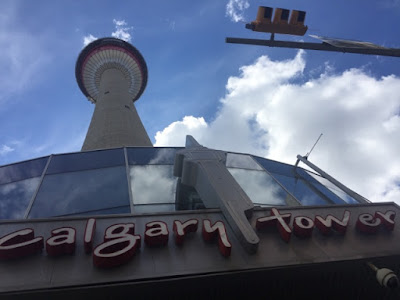 Saturday really was a lazy day.  I did almost nothing and this time my steps showed hahahahaha 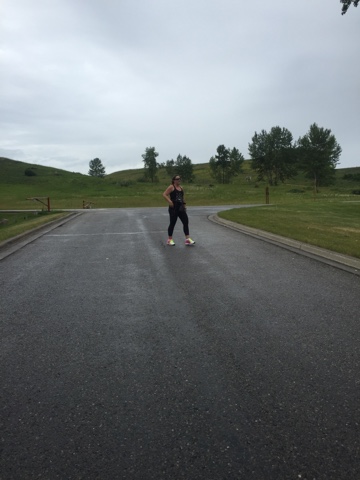 On Sunday morning, I got up early and went for a run with one of my best friends Michelle. She's training for her first half marathon in August and she needed some extra motivation so we ran together.  We did 14km and she did so well!!  It was great getting my legs going for a long distance and the pace was kinda nice for me too.

***as I write this blog, it is 8:07pm and the girls are in bed, Greg is biking in West Bragg Creek and I am in bed watching Celebrity Family Feud so I still need to brush my teeth and wash my face but my steps shouldn't jump that much.

All in all, it was a really good recovery week post half marathon.  I am impressed how active I was for the week.

How was your week??
at June 27, 2016
Email ThisBlogThis!Share to TwitterShare to FacebookShare to Pinterest
Labels: Fit Week In Review