I haven't blogged this week so here is a short recap of my week in Five on Friday:

1.  I am running a half marathon on Sunday so I have been taking it pretty easy in all aspects of my life.  I am terrified of injuring myself so it's been kinda boring.  On Tuesday I went for a my regular before a race massage but my regular masseuse was on vacation and so I had to find another clinic to go to.  I went to a running injury seminar a year or two ago at sports medicine place so i checked to see if they had any openings while Penelope was at school and they were able to get me in Tuesday at 915am.  I was happy about this! She asked a lot of questions and never really went deep enough even though I told her I wanted deep tissue.  She also talked a lot during the massage which I didn't really like.  While it did the job for the most part, I really hope my regular masseuse is back in August!! 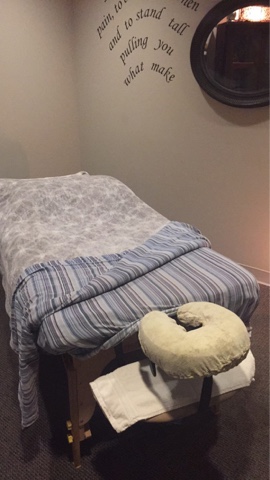 2.  On Saturday, I was having brunch with one of my best friends when we decided to look on Stubhub for tickets to Monday night's Justin Bieber concert.  The tickets were cheaper then kijiji and it's all legitimate tickets so you don't have to worry about getting scammed.  We found seats on the 21st row of the floor at a (somewhat) reasonable price and took the plunge.  It was in USD which made it even more expensive but still not too crazy.  I wasn't expecting much from the concert so it wouldn't have taken much to impress me but it was really really good.  I only knew like 5 songs but the ones I didn't know were still good.  He looks kinda funny when he does his choreagraphed dances and I don't know if he is just awkward at it or they were just choreagraphed weirdly.  Also he relied on pre recorded backtracks for a lot of the songs and chose only to sing when he wanted to - there was no consistency that I could see when he sang and didn't sing.  This is normal for those who have a heavily choreographed performance.  I think I was just really surprised how choreagraphed it was because it wasn't something that I expected from him.  He also changed the top part of his outfit 4x but the pants remained the same. The demographic was also interesting: you had moms with their kids, moms with their mom friends, friends with friends, guys with other guys, guys dragged their by their girlfriends, and grandmas there with other grandmas.  Some of the girls in attendance are just nuts and I can imagine why Justin doesn't want to do meet and greets anymore.  And I can't even imagine what it must be like to be him just trying to walk somewhere or eat and be bombarded with fans and stuff.  I understand that fandom has been around since The Beatles invaded America but I think smart phones and social media has really changed this and I don't know if it is for the better from a celebrities perspective anyways.  He sang Baby towards the end and he sounds way better singing it now then he did when it came out.  I recorded part of the performance because Finley loves that song even still and then I downloaded the song from Apple Music so I could listen to it, and the original is definitely hard to listen to.  My favourite part of the concert was when he sat down on his couch with his guitar (who knew he could play? He also played the drums too) and sang an acoustic version of Love Yourself.  It was fantastic.  I don't regret spending nearly $200 on these tickets and would do it all over again if I forgot to buy tickets when they want on sale..... 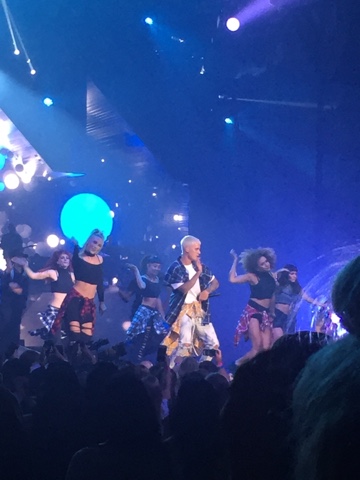 3.  On Wednesday, I went to vacuum the stairs.  I try to do this 1 - 2x per week but some how it kept getting missed and the kids had so much crap on it, I grabbed my dyson and went to go do them.  However, when I turned it on, it was making a sound like it wasn't charged properly (and it was) and it had like no suction.  Usually when there is no suction, it's just clogged at the piece where the attachment connects to the actual dyson and you just have to push it through.  However, there was nothing clogging it.  I texted Greg to tell him yet another tale of something failing in our house (both our washing machine + hot water tank are on the fritz, the dishwasher quit working last month and more recently, the tap in our master bathroom tub leaks when it is turned on....seriously we should just sell it before anything else goes) and I told him to go to Walmart and see what he could find because I really needed to vacuum my stairs.  I had initially wanted another dyson but I soon found that Shark vacuums were just as good, if not better then Dyson's these days and anywhere between $60 - $400 cheaper.  Greg found the Shark Rocket and it had similar features to the Dyson that we had except that it was a bit heavier and it had a cord.  At first I wasn't happy with the cord but then I thought I could do the entire house at once instead of doing the stairs + charging it, then the main floor area rug + charging it, and then the bonus room area rug and charging it and then the basement stairs and charging it and then the right half of the basement and charging it and then the last half of the basement and charging it.  It was a lot of work and although it wasn't hard work, it was definitely annoying.  Greg set it up for me that night and I used it yesterday and it had soooo much more power then my Dyson and I finished the whole house in less then 15 minutes!!  It also came with all of the attachments so you don't have to buy extras like you do with the Dyson, although I think mine were free because of some special Future Shop had.  My Dyson and I had a good 6 year run, but I think it's time we broke up for good and I went to the Shark. 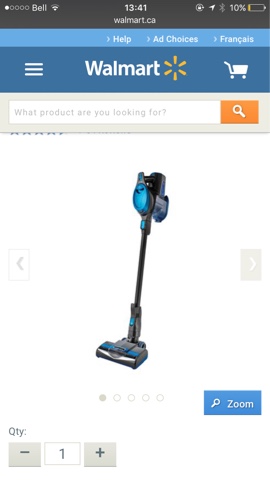 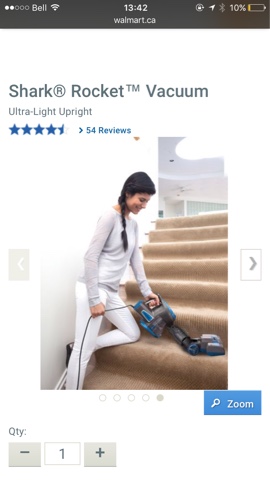 4.  At around midnight today, Season 4 of Orange Is The New Black was released.  I am excited to watch it even though I didn't really like Season 3 and it took us forever to finish it unlike the first 2 seasons.  I saw that Natasha Lyonne was doing press for Season 4 so that (hopefully) means that she is coming back to Litschfield or whatever it is called.  I really liked her and was so disappointed when she was sent away.  I don't know if I will get to it this tonight but hopefully soon!  I still need to watch The Unbreakable Kimmy Schmidt's second season too!! 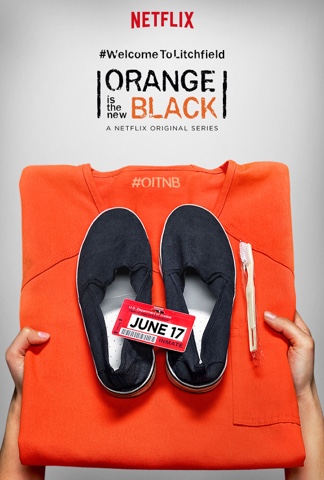 5.  After Local Laundry collaborated with Lululemon for their Calgary Marathon tanks I decided to order a YYC shirt from them.  They are a local company who is inspired by our city, surroundings and communities and donates 10% of their profits to local charities which is great.  I ordered a blue shirt which is surprising since I don't much like the colour, but the vintage blue isn't too bad.  I actually kinda like it.  I don't really green and I have way too much grey so I thought it was a nice add to my collection of t-shirts which I love.  They do fit small so I ordered a medium and it fits perfectly.   As far as I know, they are only available online and don't have a store front yet..... 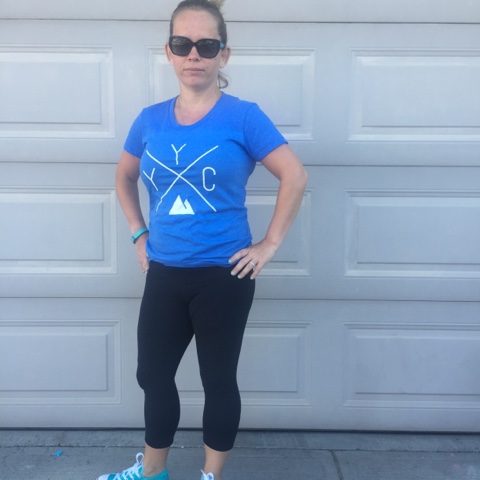