I was hoping that the return from our Okanagan holiday would mean the return of my fitness routine but Stampede kinda derailed all of that haha.. 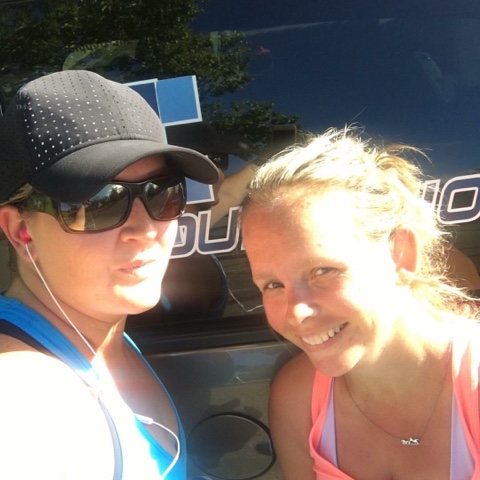 Normally I do the reviews Monday to Sunday but to make me feel a little better, I am doing Sunday to Sunday haha.  On Sunday, I ran 16km with one of my best friends and it was pretty good until we finished and my left leg hurt.  This is surprising to me at the time because all of my problems are on my right side, never my "good" side.  Because it is up on high on the side of my leg, I assume it is my it band because I have had some tightness on that side in that area a few times before.  When I get home though nothing is tight but yet it feels so painful.  I sit and roll around on my orb ball and realize that the pain is originating in my glutes so I spend a lot of time doing that and it sons feels better.  Greg thinks that because I ran a lot slower then I used to that I changed my gait and it caused me problems.  I am just happy it is feeling better.....

MONDAY:
I have bootcamp on Monday usually but Greg has a Stampede event so I can't make it to the evening class and I couldn't do the morning class because the girls had eye appointments.  So instead, I eat fast food, drink Starbucks and hang out with Michelle and her kidlets and make up for the 10 days we were apart haha.

TUESDAY:
Today I had huge plans of getting up early to go running but when my alarm goes off at 445am, it is so dark outside because of the cloud and rain.  By the time it is light enough to go for a run before Greg has to go to work, I have fallen back asleep.  I had planned to go after lunch with the girls on their bikes but it rains like crazy and they don't love this idea so nothing gets done today. 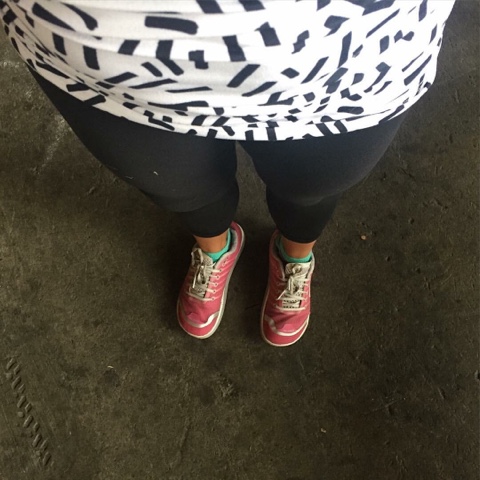 Somehow I made it to bootcamp Wednesday night.  I had spent most of the day dying in bed thanks to too many Budweiser Apple's and raspberry Bacardi Rum lemonade's digested at the Thomas Rhett concert the night before at the Cowboy's Stampede tent.  I was literally in my pyjamas at 630pm when Greg suggested I head to bootcamp to sweat out the toxins, which was exactly what Shannon said when I got to bootcamp.  After warm up completed, I thought I made a horrible mistake because I was hot, my head was hurting and thought death might be a better option at this point.  Shannon keeps me going and when the class finally finishes, I feel pretty good all things considering.  I was quite proud of myself for going and finishing it!!

THURSDAY:
I didn't do much this day.  I don't remember really.  I might have done some stretching or something but nothing else. 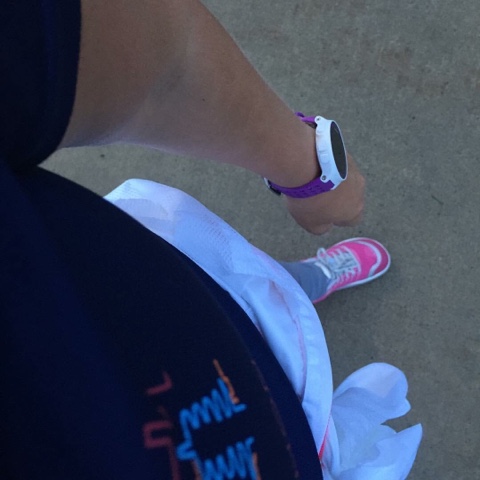 On Friday I get up early and run 8km.  I overdressed because it was still raining when I got ready but had quit by the time I got going.  I was happy my run went well and I had no pain at all in the left leg.  I had planned on doing a double double and doing 9am bootcamp but it was raining really hard and the girls were complaining about going even though it was in a shelter and I knew that the class would suck because they would be whining or fighting.  It wasn't worth it.

SATURDAY:
Another lazy day where we as a family did nothing all day.  I don't remember the last time all 4 of us did that!! 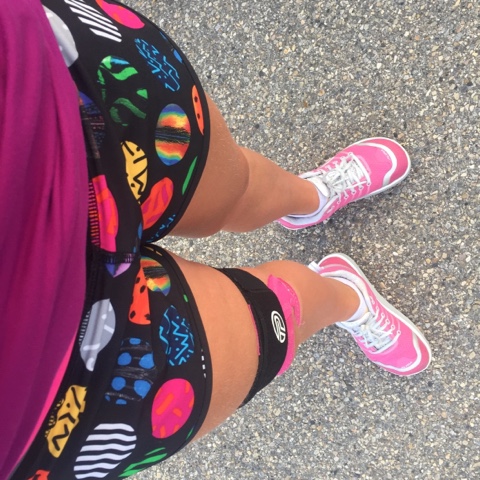 On Sunday morning, I got up bright and early and headed out for my run.  I had wanted to challenge myself to run 22km which would be my longest ever but I decided to go with 18km and I am glad I did.  I barely survived this run.  My left leg got tight in the bum area and along the side of my leg again. It seems ok when I run fast but acts up when I run slower.  I have no idea what is causing it or even what it is.  When I tried googling where the pain is, I got the same result but only half of the symptoms were there and got me no where.  I spent today (MONDAY) stretching, rolling and strengthening but the pain is still there.  It's not like it was, but I can feel it.  I have physio tomorrow morning and I am hoping Shari can work her usual magic and get me going so I don't fall too far behind in my SeaWheeze training which is in less then a month!!

So not a great week but at least I was kinda active!!  Hopefully this week is better for me even with Shannon on vacation!
at July 18, 2016
Email ThisBlogThis!Share to TwitterShare to FacebookShare to Pinterest
Labels: Fit Week In Review, RunCalgary, Running, Running Injury Clinic, RunYYC, SeaWheeze, SeaWheeze 2016