I had grand plans of following one of those weekly workout things that you can find on pinterest because Shannon is on vacation this week which meant no bootcamp.  I found an all body workout and an abs one and saved them on my iPhone so they would be easy to access.  However, it basically never happened but it wasn't a complete wash.  I did get some stuff in. 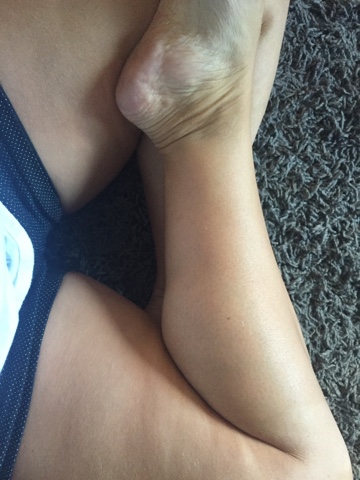 On Monday I had a sore spot that started in my bum and led into the side of my leg.  I spent most of the trying to loosen up the tightness but it sucked and it hurt a lot.  Greg used my lacrosse ball on it and I nearly died but it worked a lot.  I spent a lot of my day doing the double pigeon and figure 4 poses as they seemed to help a lot. 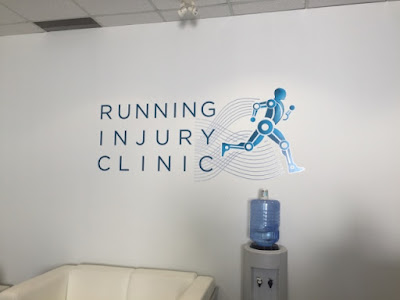 Tuesday morning I dropped the girls off at soccer camp and headed to the Running Injury Clinic to get my left leg looked at.  I was optimistic Shari could fix me up because she has done too many times before hahahaha.  It turns out that it was just Pirformis Syndrome.  The performis muscle is a tiny muscle located deep in the bum, underneath the gluteal muscles.  It is the most well known of the muscles known as the hip rotator cuff.  Shari massaged it really good and stretched it out and then used the current machine on it.  It felt so much better when I left.  I have to keep rolling it out with the foam roller or my lacrosse ball since there is a large knot in it and I need to calm it down.  I also have to do lots of monster walks which is squat walks with an resistance band loop which I usually do daily too.  It shouldn't affect my running the sea wheeze at all unless I hurt myself somewhere else which isn't completely unlikely since I am the clumsiest person in the whole world. 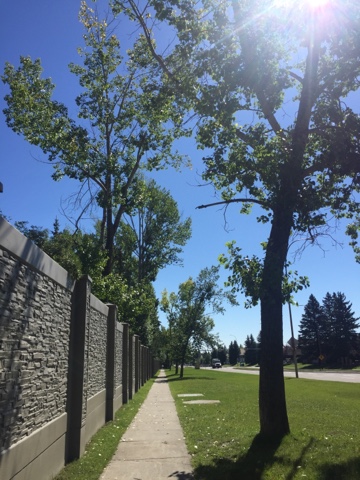 I didn't feel like going all the way home after physio and then back near this way to get the girls from soccer camp so I decided to leave my car parked at Glenmore Landing and head out for a quick run.  I didn't tape my right knee and I instantly regretted it.  I only ended up running 1.3 km but it was nice to get out there and enjoy the nice weather.  The tape went back on that night before we went Pokemon hunting in Fish Creek. 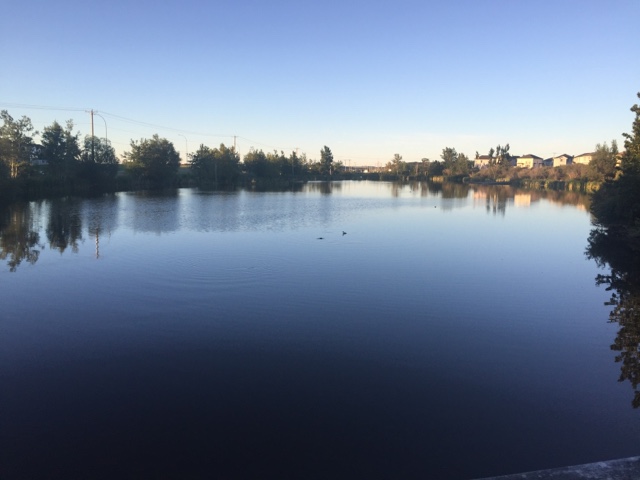 I got up early today and went for a run.  I could have slept in and gone when the girls were at soccer camp but truthfully I had been busy their first 2 days of camp and I was craving quiet alone time at home.  I ran 5km with a pace just under 7 and it felt pretty good.  My right knee was a little sore thanks to me not wearing tape yesterday and my left hip felt ok.  I could feel the tightness in it a bit so I made a mental note to work it pretty hard today when I did my stretching/rolling/strengthening exercises. 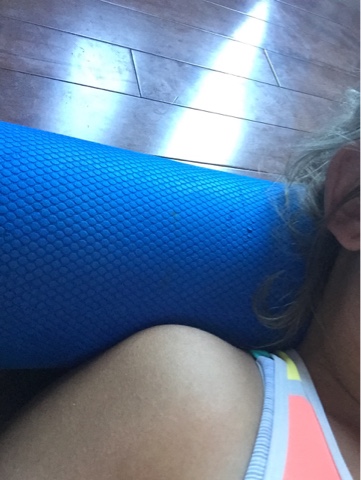 I can't lie, it was tough getting in my stretches and rolling today.  After soccer camp, we had a picnic lunch at Sandy Beach Park and spent the afternoon outside in the hot sun.  Eventually though, I turned on netflix and i buckled down and got it in. Yay me haha.  The knot doesn't seem to be as deep and has spread a bit which I think is good. 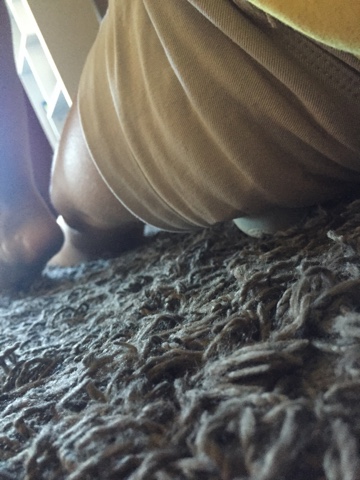 Thursday was spent the same as Monday with mostly just stretching, strengthening and using my lacrosse ball on my  hip.  I carry this ball everywhere I go and if I have a few spare moments I am digging it in to the muscle to loosen it up.  I don't want to have any hip pain when I run in the morning! 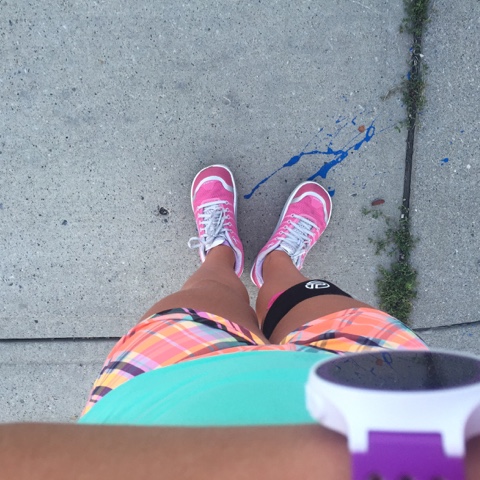 Friday I ran 10km free of any pain or discomfort which was really good.  I felt solid the whole time. 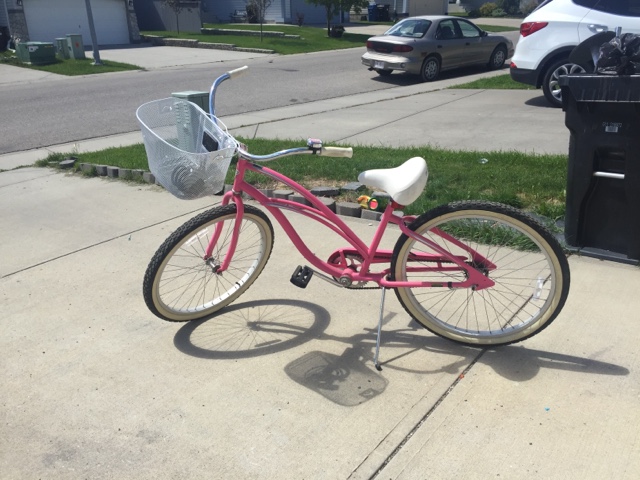 Saturday the girls and Greg went backpacking in Kananaskis and because I had a long run to do on Sunday morning, I stayed behind.  I spent 6 hours cleaning every square inch of our house and then I took a break and went for a nice long bike ride around the neighbourhood before stopping to get some groceries at Sobeys. 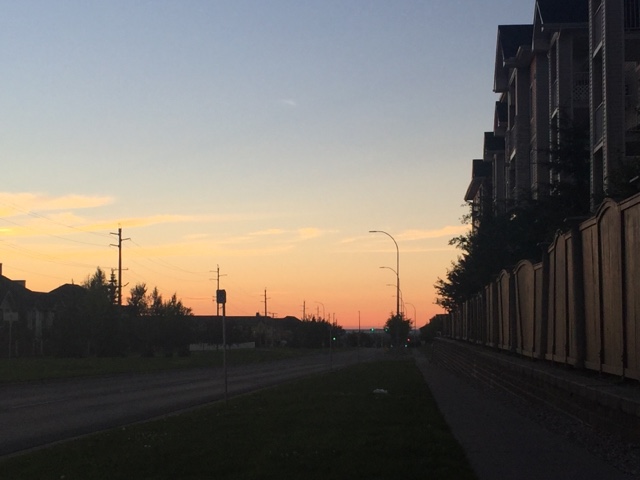 On Sunday I was up and out of the house by 530 for my 18km run.  I wanted to get it over with before it got too hot.  I ran really well my first 10 km and then my pirformis flared up a bit but nothing like the last 2 weeks.  I cancelled my physio appointment for tomorrow and will keep stretching and rolling it out before my last 18km run next weekend.  If it is still bothering me then I will go see Shari again before the SeaWheeze.  18 more days until we run!