So I have been looking to upgrade my home gym with some new stuff to perhaps spike more interest in my non-bootcamp, non-running workouts.  So I was very excited when I saw an agility ladder on the buy n sell page on Facebook for $15 and was able to pick it up for myself.  However, that excitement was short lived. 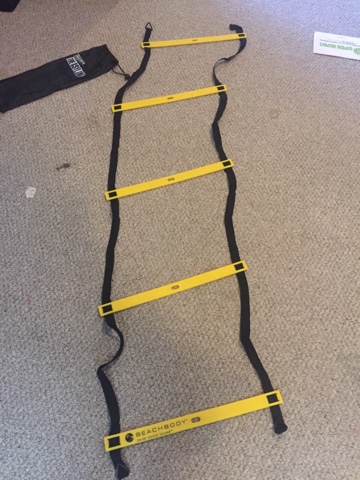 I got it home and opened up and was so disappointed when I saw how short it was. I would have to go around 2 or 3x to count as one rep hahaha.  I went to Sportchek and saw they sold agility ladders for $80 which was way too much for this girl so I decided to look into making one myself.  I read several articles on pinterest and figured that it would be something that I could easily do.  I sold this one for $1 more then I paid for it hahahaha. 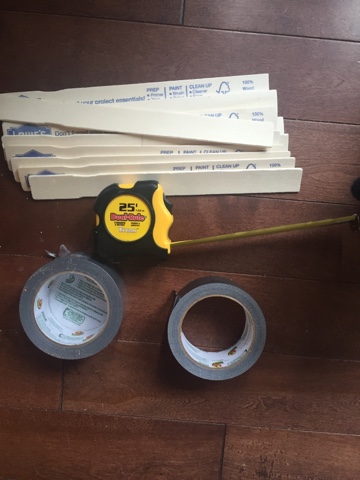 I went to Lowes and asked them if I could buy 11 of the paint stir sticks that they usually give you for free when you buy paint.  However, she told me I could have all 11 for free since they always have an over abundance of them.  She was super nice as were all the staff there.  It has just recently opened in Shawnessy and it is fantastic.  It's huge, lots of room to push your cart, unlike Home Depot.  It's bright and clean and nicely laid out.  I am very happy to have one so close to me now.  I then went to Walmart and bought some more duct tape since I knew what we had at home would not be enough for the whole project since I wanted to tape up the paint sticks since I was getting slivers from them when I picked them up.   And nobody wants a sliver in their hand when they are working out!! 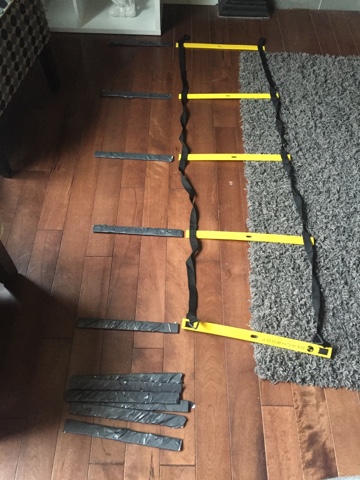 Once I had all of the sticks taped up and sliver proof, I grabbed the original ladder and laid it out and then laid my homemade bars beside it.  I figured this was easier then using a tape measure if slightly inaccurate hahaha.  I have 2 full ladders worth plus 2 or 3 more so it's nice and long. 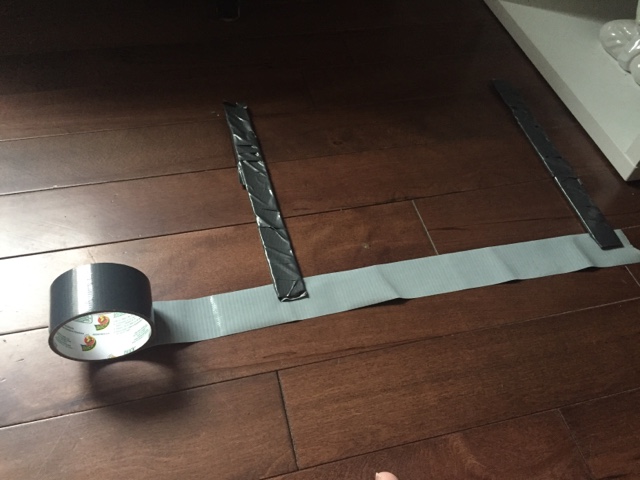 I started taping and this proved to be the most difficult part of the project.  I am not sure why I thought this part would be easy since it's hard tape to pull in the first place, plus i needed a ton of it and I needed to put the bars on it and i had to try not to move it so that the bars would stay in the right place and distance apart.  Plus Luci had decided to grace me with her presence and was getting in the way and playing with the tape but I seemed to be moving a long at a good speed until..... 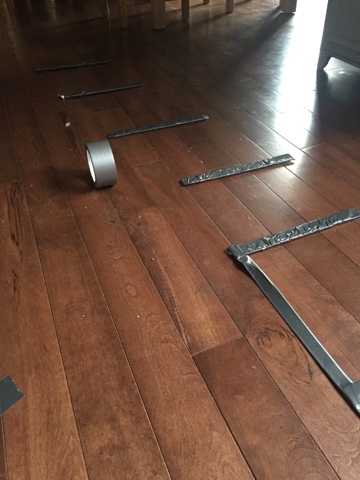 My roll of tape ended before the first side was done so I had to stop and fold over the part that was taped so that it would be ok.  Then I opened the second roll of duct tape and finished doing the rest of the first side and the second side.  For some reason I don't know, the new pack of duct tape pulled much easier then the first and they were both the same brand just a different colour.  I finished in only a few minutes and then I took it downstairs to my workout area. 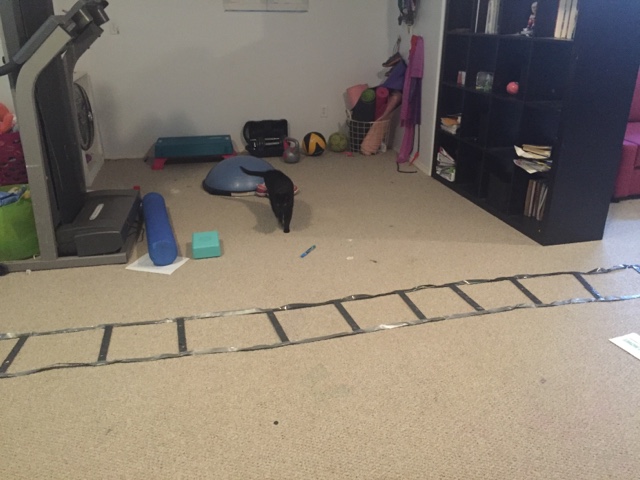 I don't know if it is exactly even or the proper dimensions of a real agility ladder but it is nice and long and seems to have turned out really well.  I have no idea how long it will last but perhaps long enough to give me time to research a good deal online or something.  I can't wait to give it a try tomorrow for my workout.

Total cost of my project was $4.82 which was the cost of the duct tape from Walmart and it took less then 30 minutes to finish and the longest part was the taping of the paint sticks.
at August 31, 2016
Email ThisBlogThis!Share to TwitterShare to FacebookShare to Pinterest
Labels: Agility Ladder, Becky, DIY, Healthy Living, Lowes Canada, Pinterest