Last week or so ago, we took the train downtown to meet daddy for lunch after soccer camp.  The girls were pretty excited to ride the train like Greg does every day. 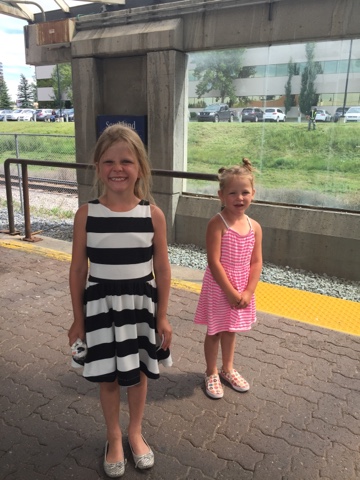 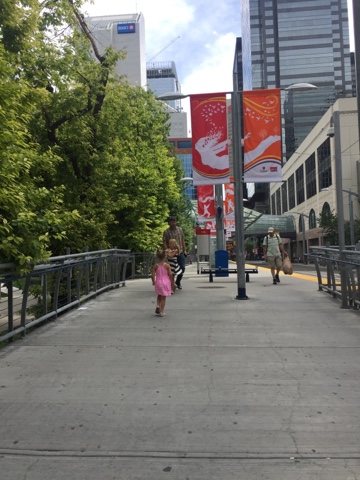 Greg was waiting for us on the train platform which made the girls very happy. 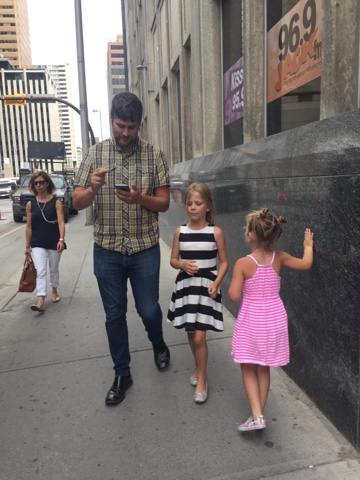 We walked from the train statin to our lunch destination but not before stopping for some pokemoning.  Them not me. I don't have the app and don't play it. 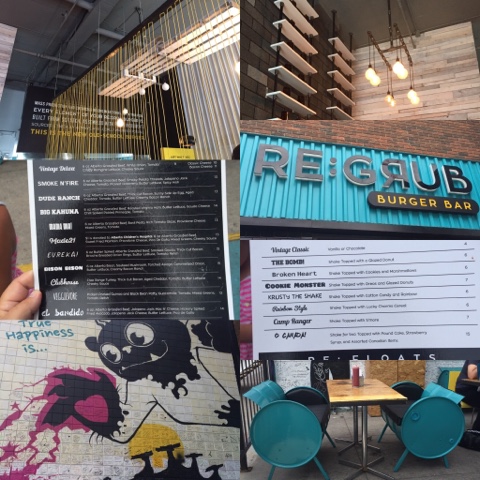 We went to Re: Grub for lunch and it was amazing.  It is crazy busy and we waited in line for probably an hour so if you want to go, go either when it opens or later in the afternoon.  Well worth the wait though. 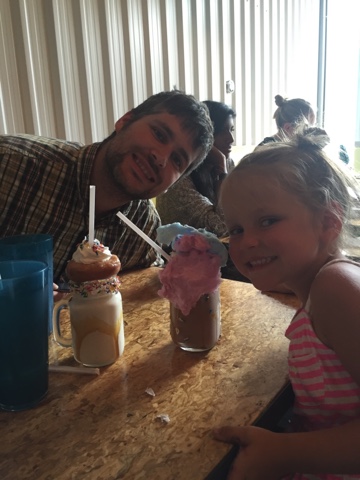 Greg had the bomb with vanilla ice cream.  And Penelope had the krusty the shake which was cotton candy and rainbow sprinkles. 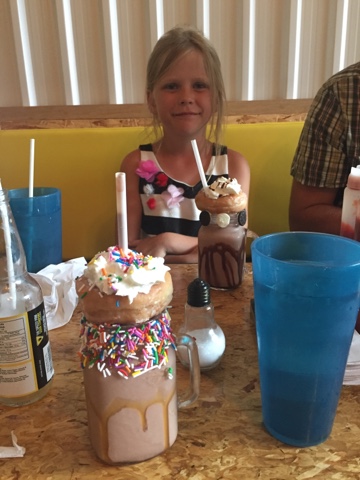 Finely had the cookie monster shake because she wanted both the donut and Oreos.  I had the chocolate bomb and I just want to say that it was the best glazed donut I have ever had in my life. 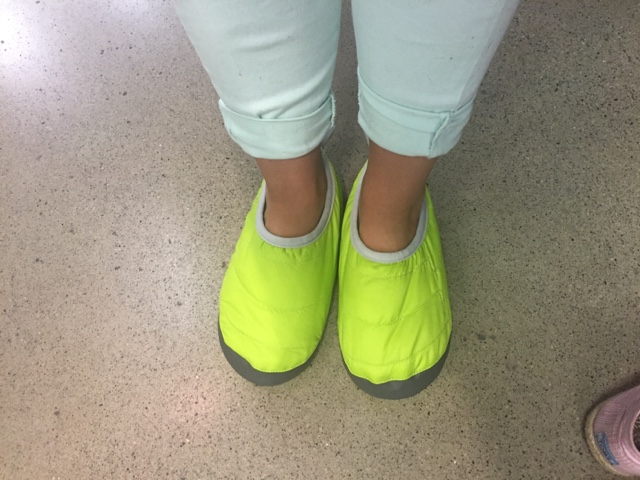 Greg decided to take the afternoon off and explore downtown with us.  Our first stop was MEC because Greg and the girls were going backpacking the next day and they needed to get some dehydrated food for supper.  While there, I picked up my slipper booties to wear while camping.  I had wanted a pair for a long time but the colours were so boring.  I was excited to see a fun colour! I haven't been camping since we got them so I just wear them around the house. 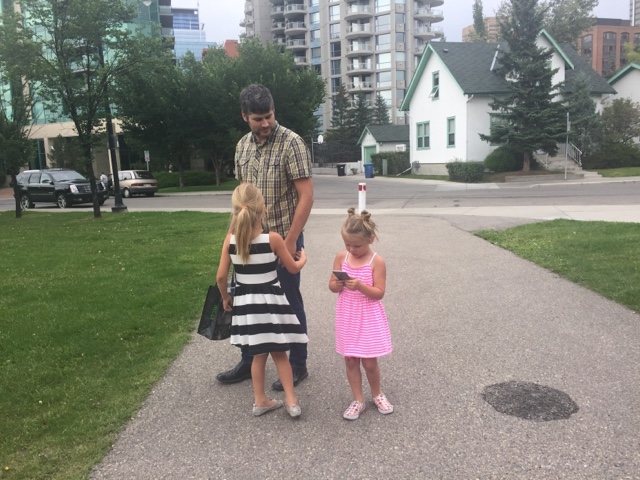 We made our way down to Prince's Island Park which was crazy busy with people attending Folk Fest and pokemoners.  It was crazy how many were out pokemoning.  But hey at least it is getting people outside. And Penelope was tired from a long week of soccer camp and grouchy and this at least distracted her from being grouchy. 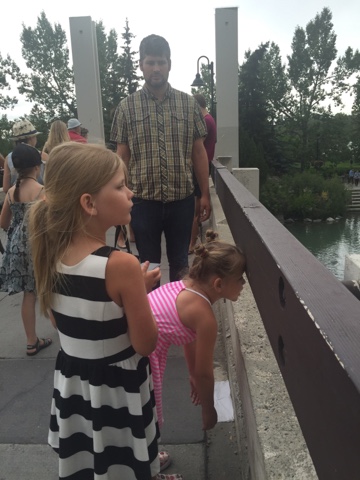 Checking out the ducks and all the babies. 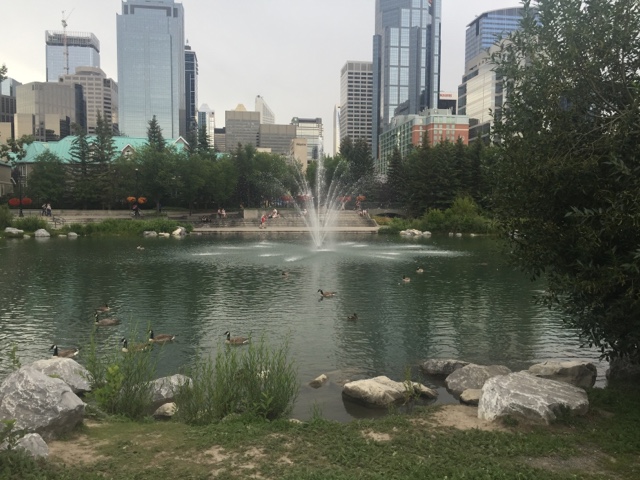 I love Prince's Island Park.  I spent so much time there when we lived in Kensington.  We started to venture back home soon after because it was getting close to home time and we wanted to beat rush hour on the trains. 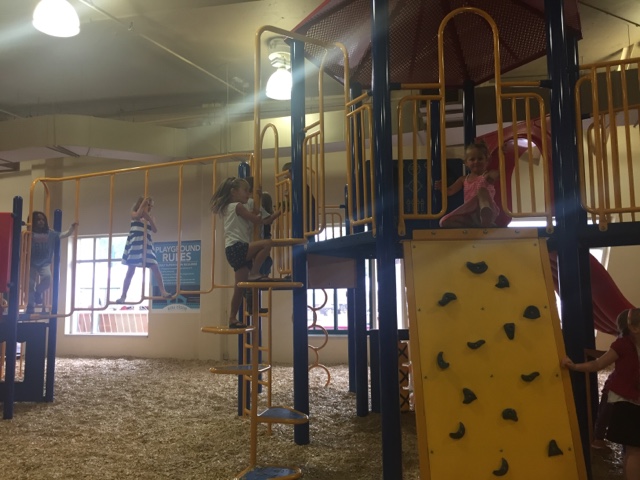 However, it started raining so we took cover in eau claire which has an indoor playground with hay for some reason.  The girls hated the hay but they kids loved the playground.  It was a fun afternoon spent downtown with Greg!
at August 04, 2016
Email ThisBlogThis!Share to TwitterShare to FacebookShare to Pinterest
Labels: Calgary, Calgary Parks, CalgaryEats, MEC, Pokemon Go, Prince's Island Park, Re:Grub, YYC