When my mom and my sister visited earlier this summer, we took them to St. Patrick's Island because it is one of our new favourite places and the girls wanted to finally play in the water since we didn't do that last time.  You can read about our first visit here 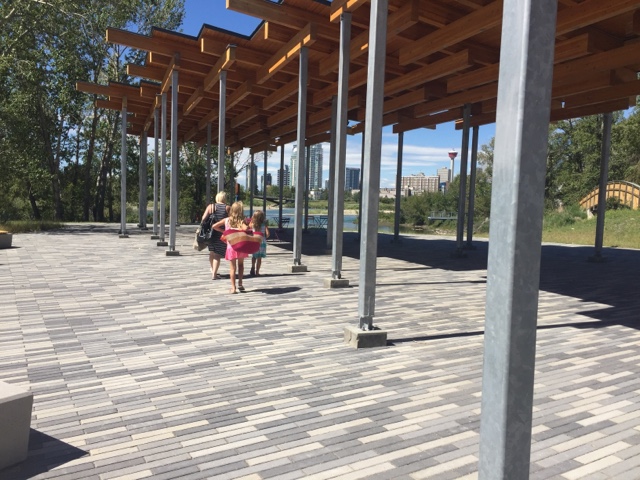 I love the mix of materials as you approach St. Patrick's Island.  The city and the designers did a really good job when they designed this park. 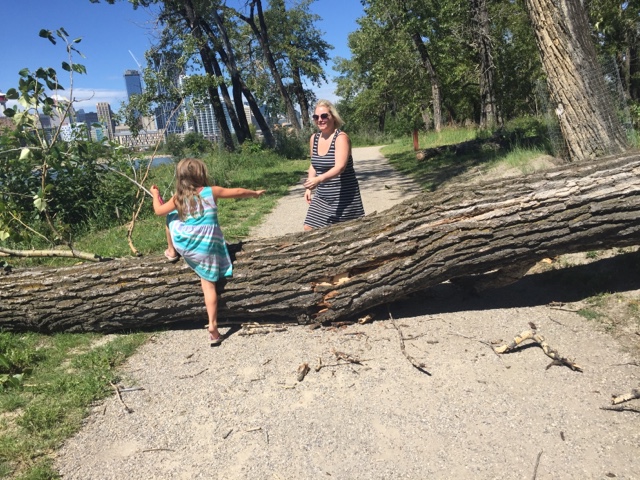 We accidentally took the long, more rugged way to get to water which turned out to be a mistake and not just because of this massive tree we had to climb over.  We bypassed the bathrooms and I really had to go.  It was tough trying to stay hydrated when I had to pee so badly. 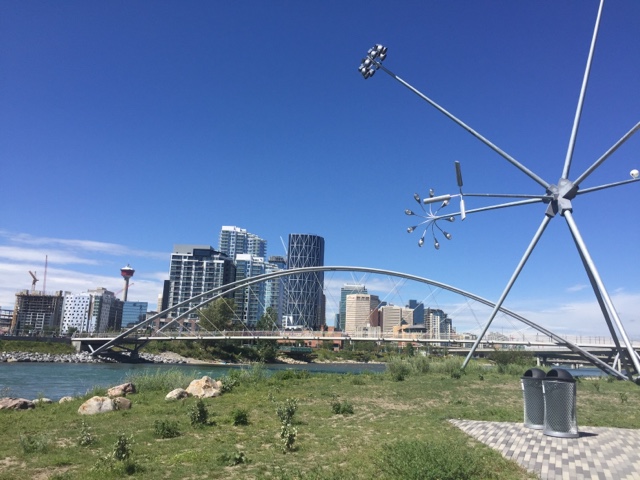 We eventually made it to the "beach" but not before witnessing views like this.  You can get some really spectacular views from all different parts of the Island.  Calgary is so beautiful - so grateful that I get to call this place home. 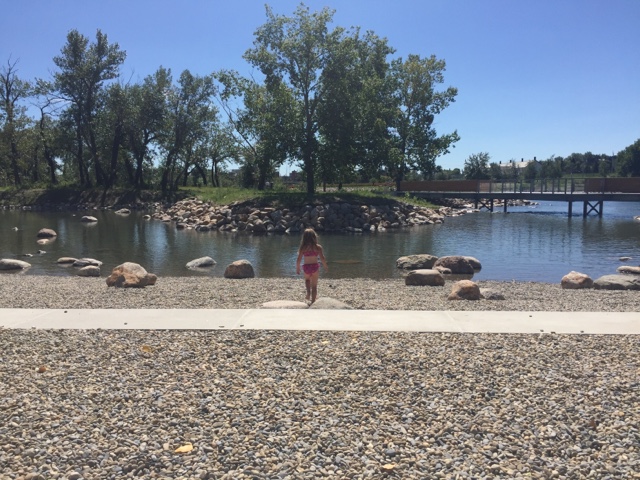 Penelope was the first to go dip their toes in the water.  It was quite chilly she said but soon she was used to the cold and made friends and played for hours. 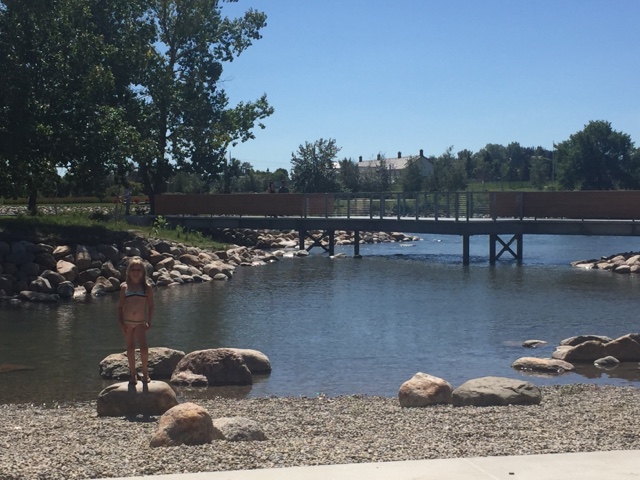 Here is a great shot of Finley and some great views of the area where you are allowed in the water.  Again, love the wood and metal combination on the bridge. 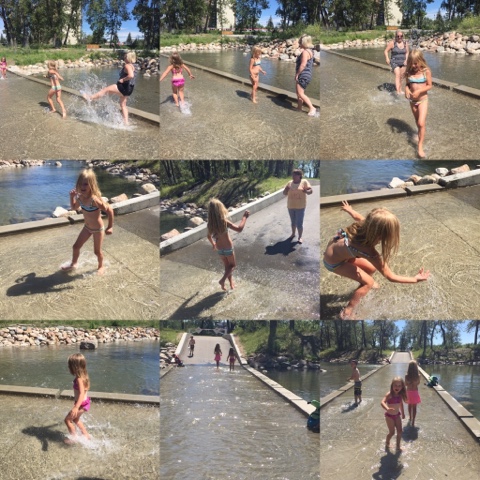 We had gotten so much rain throughout July that what was once a walking path separating the two sections of water was now full of water.   They had it blocked off from the one side so that you were unexpectedly soaking in water.  They had it open to play in from the beach side.  The girls enjoyed splashing Grandma and Aunty Kristy. 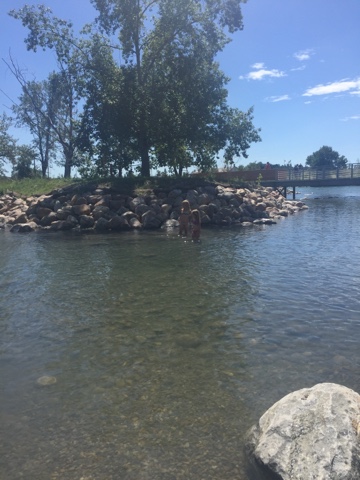 I told Finley and Penelope not to wear their flip flops in the water because they could come off and sure enough not even 5 minutes after I said that and they promised that they wouldn't lose them, I overheard Penelope telling one of her new friends that she couldn't go with him because her sister lost her shoe and they had to find it.  We didn't find it. 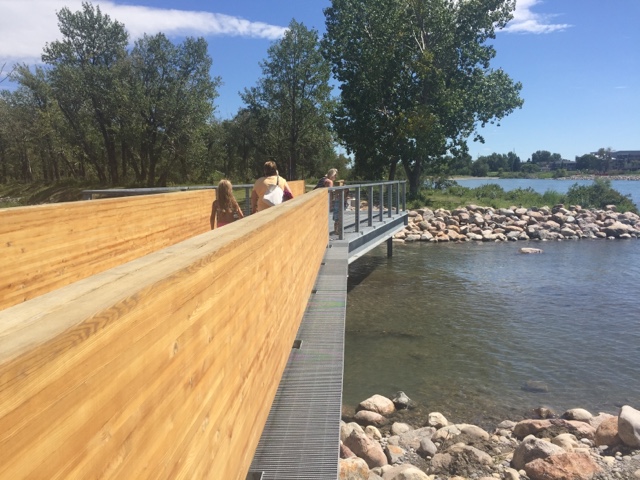 Giving it one more shot to see if we could find the missing flip flop.  It was a long walk with only one shoe on. 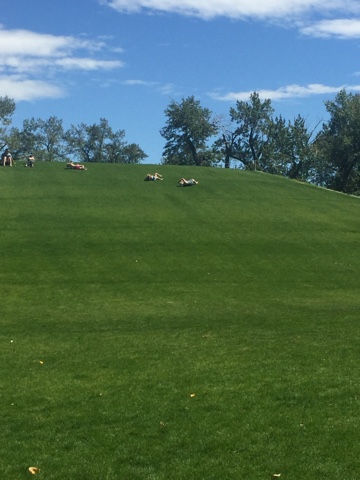 The girls and Aunty Kristy climbed the hill and instead of taking the stairs on the back down, they rolled.  The girls kinda quit rolling half way while Aunty Kristy made it to the bottom.  It was one of the funniest things I have ever seen! 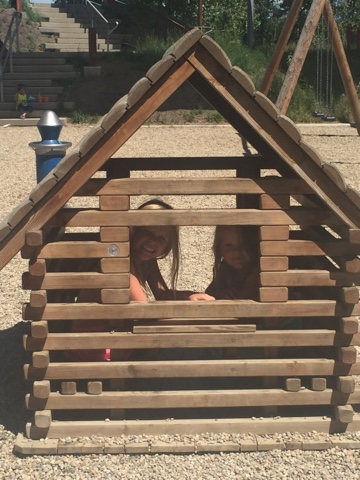 Before we headed back to the car and back home, we hit up the natural playground.  This playground has all kinds of fun things.  The girls love playing there. 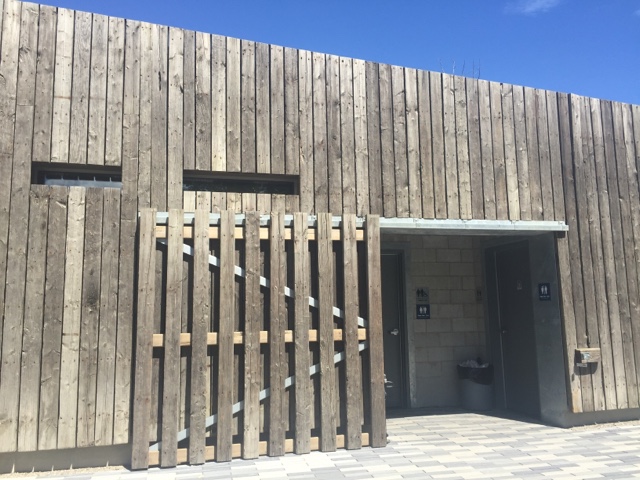 I love this bathroom right at the entrance.  We are getting family photos taken here and I hope we get a shot of us in front of this somehow without the bathroom signs in the back hahaha.
at August 05, 2016
Email ThisBlogThis!Share to TwitterShare to FacebookShare to Pinterest
Labels: Calgary, Calgary Parks, Natural Play Spaces, St. Patrick's Island, YYC