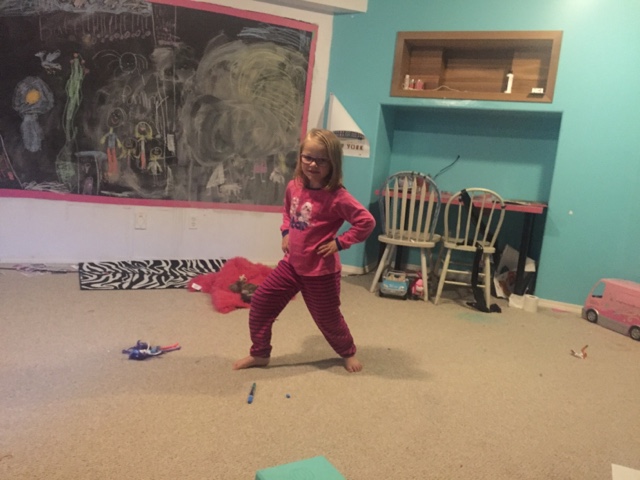 Monday was spent stretching as we had done Helen Lake the day before.  My calves weren't hurting which made me think that tomorrow was going to suck.  Monday's are usually bootcamp days but since it was a holiday there was none.  My original plan was to run but I decided to take the day off and stretch with this stretching obsessed 6 year old. 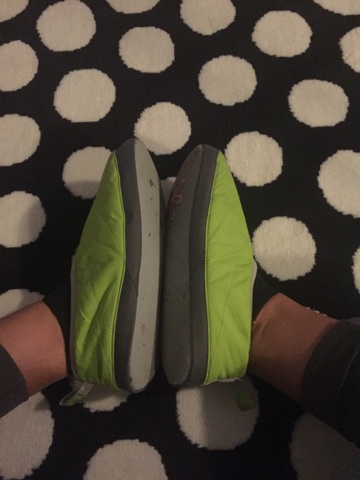 Tuesday I got up and got ready and had planned on going for a run once I dropped the girls off at school.  However, when I was walking home, I had pain below my knee which meant tight calves so after discussing it with Greg, I took the day off and went back home to stretch some more.  I was not happy with this but knew it had to be done. 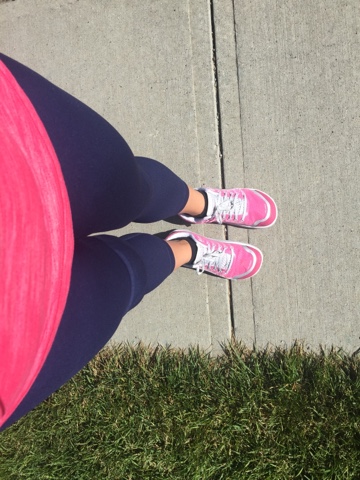 Wednesday I didn't feel bad so I decided to go for a run.  My calves were tight still and my ankle was a little stiff but my knee didn't bother me too much.   Until after I finished running - then the pain and discomfort was going from below my knee all the way to the inside of my knee.  Plus my hamstrings and quads were tight which hadn't happened in a long time.  I decided I needed to make an appointment with Shari at Running Injury Clinic to get looked at just in case I did something when I fell on my hike. 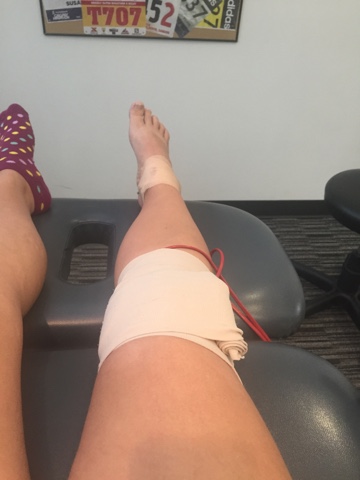 On Thursday morning, I headed to PT and was diagnosed with tendonitis in my knee and some inflammed/sprained ligamints which was essentially a high ankle sprain.  She wasn't worried about the knee but she was worried about the ankle injury lingering long term so she told me no running or bootcamp for a whole week!!  And to think I had only gone because my knee was bothering me not my ankle.  The thing about my ankle was that when I twisted it on Sunday it was the 5th time I had rolled that same ankle in 12 months.  I had rolled it September 2015 when I ran and Penelope biked and she cut me off and I lost my footing and fell.  Then in February I rolled while running and it was probably my worst but I just ran through it.  In May I did it again while I ran down my sidewalk to avoid the sprinkler I had on and tripped on something that I had stupidly put on my driveway and then I rolled it while running the SeaWheeze in August when we were running over the bridge and they had the spin class on the right.  It was a narrow running path and a bunch of stupid people stopped to take photographs and I ran into one and twisted it.  It wasn't bad and I ran through that one too but it did hurt the following day.  Plus this is the same ankle I cracked 3 years ago when I tripped over a underground sprinkler when I ran across someone's yard.  The ligaments sprained are in the same spot as the bone I broke.  I think I had just gotten used to running with a sore ankle.  Shari did the ultrasound on my knee and then she used electrode therapy on both my ankle and my knee.  I have had it several times on my knee but it was definitely a weird feeling on my ankle bone. 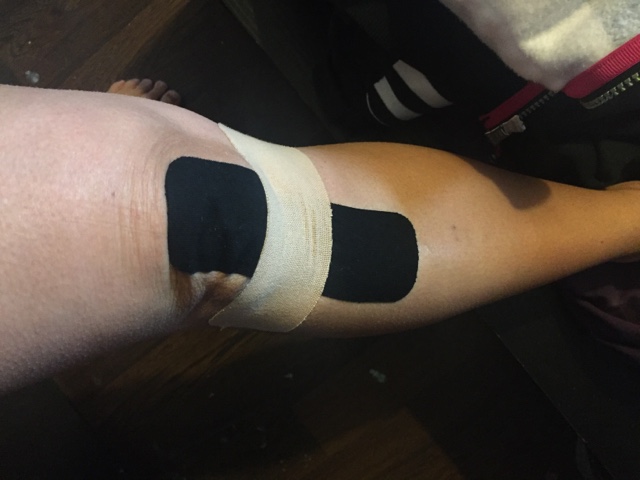 Shari also taped up my knee to help with the pressure with the tendonitis.  I was to do no running or bootcamp like I mentioned earlier, I could use an elliptical machine or stationary bike since that helped the full movement of my ankle, I could walk and I had to draw the alphabet in capital letters very largely with my ankle several times a day over the course of the week.  I go back to Shari on Thursday and am crossing my fingers that I get the clear to start running again.  I have a  half marathon on October 1st that if I get cleared to run I could still probably do as long as I accept that I will not get a pb hahahha. 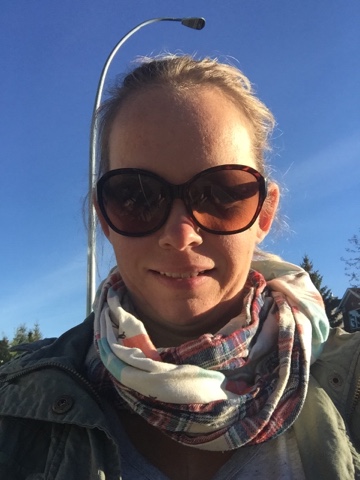 Here is a photo of me walking.  Since I can't run, I have tried to get out and walk each day on top of walking with the girls to and from school.  On Friday I walked to starbucks and back and then went to the mall to find Penelope a new jacket.  On Saturday I walked to both Starbucks and Sobeys and back home.  My ankle was sore so I spent a lot of time resting it so not to further damage it,  And of course I do my alphabet stretches and ankle circles several times each day.  I like the circles but I don't like the alphabet stuff haha.  On Sunday, my ankle was feeling a little better but my knee was sore so more rest for most of the day but that was ok since it was gross outside anyways.  I thought about doing one legged exercises to keep doing something but my left leg is already significantly stronger then my right leg and I don't want to make that worse.  Starting on Monday I am going to see if I can get some core work in it and continue some hip strengthening so I don't lose too much over the next week.

It definitely sucks not being able to run or do bootcamp right now.  I miss it so much it's ridiculous plus I miss all of my friends who I see at bootcamp.  They are such great motivators and it's hard being injured and being at home.  I definitely had a pity party on Thursday as I dealt with not being able to do anything.  I know it's only a week between appointments but it will be at least 12 days without runs and 13 days without bootcamp.  Hopefully I will have healed enough by Thursday to start doing at least a little bit of running or other physical activity.  Keep all your extremities crossed for me hahah
at September 12, 2016
Email ThisBlogThis!Share to TwitterShare to FacebookShare to Pinterest
Labels: Fit Week In Review, Running Injury Clinic