On Saturday morning at 8:52am, Finley officially turned 8.  And as is customary in our family, I took her photo before she got out of bed. 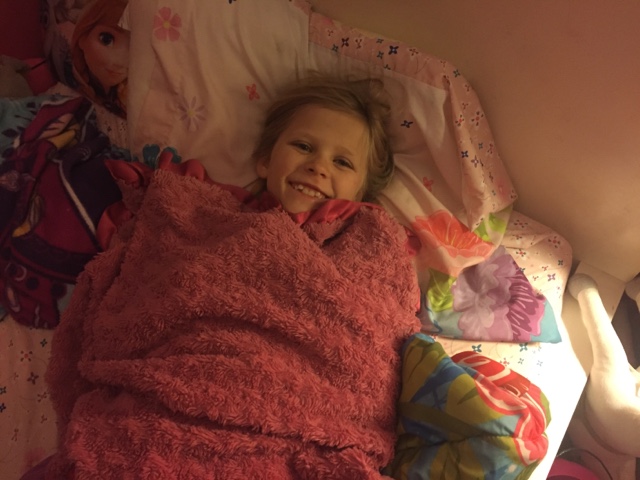 This isn't a real photo of her on her birthday morning waking up because she was up wayyyy too early and I made her go back to bed until I came into her room at a decent hour. She was so excited to get up and celebrate being 8. 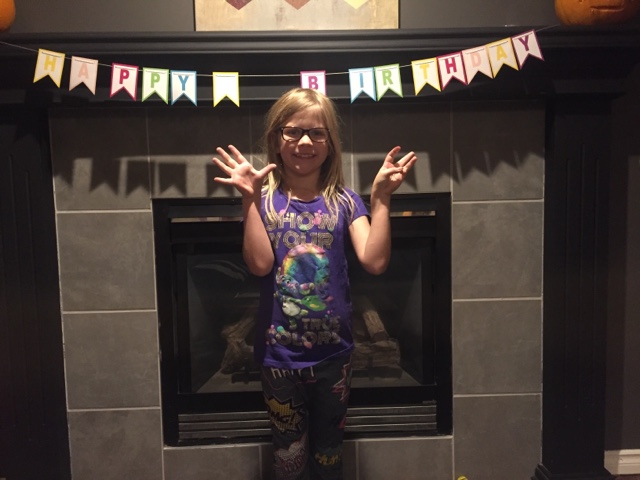 Once she got dressed, I got her to pose by the fireplace under our birthday banner.  It took awhile to get her fingers to properly show the number 8 and have them show up in the photo.  She chose to wear the outfit that I bought for her roller skating party last weekend.  She is obsessed with Trolls and cannot wait to go see the movie next weekend when it opens.  She has been looking forward to it for months. 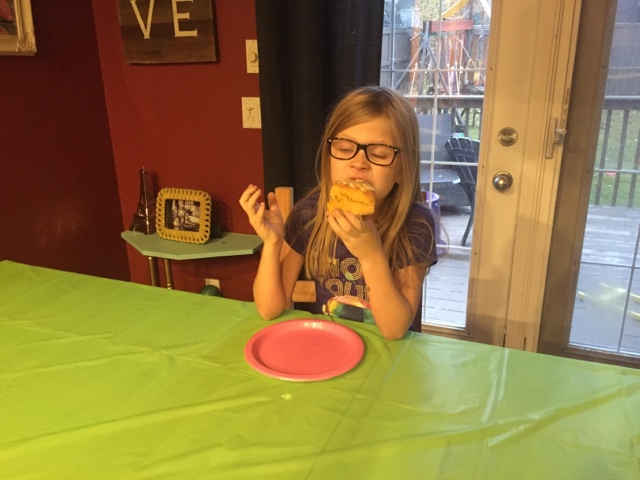 Another birthday tradition is special breakfasts.  We started when Finley was 2 I think and now Finley and Penelope do it for me!  Finley wanted pumpkin scones from Cobbs so that is what she got.   They had carrot cake scones there so I tried one,  I don't recommend it.  Finley loved her pumpkin scone because it had a caramel spiderweb on top of it. 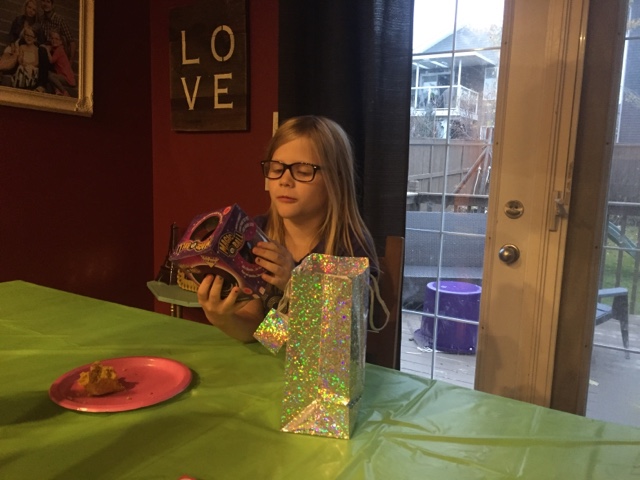 Then she opened her presents and one of her gifts was a magic 8 ball.  My friend bought her daughter a magic 8 ball for her 8th birthday and I thought it was such a great idea that I kept it in my memory bank to remember for Finley's birthday.  She loved it.  Penelope got her lots of rainbow fairy books and the game boggle.  Greg and I are getting her an iPad mini which we haven't gotten yet which I am sure makes us parents of the year but she knows she is getting one hahaha. 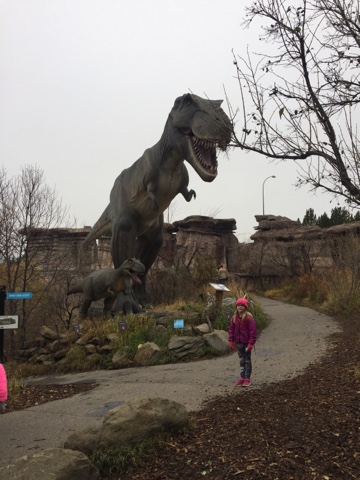 Since her birthday was on a Saturday it meant we could spend the whole day celebrating her.  She has had school the last few birthdays so she was very excited to do this.  She chose to spend it at the Calgary Zoo so she could say goodbye to the dinosaurs that are part of Dinosaur Alive.  They are leaving on Tuesday and Finley was very sad by this.  She loves Tyrannosaurus Rex's.

After the Zoo, Finley wanted to go to ReGrub for lunch.  She had the cookie monster milk shake, asiago fries and corn dogs.  She was in heaven.  This is probably her favourite place in the whole world.  Penelope's too.  I especially love the asiago truffle fries.  I could eat a whole large order for myself.  I had a hot chocolate this time instead and it was topped with a donut and a brownie.  It was delicious.
After lunch, we went home and Finley played a game with her sister before going to Sobeys with her dad to get some groceries for dinner that night.  She wanted to have kale caesar salad along with the pork roast and root vegetables that Greg was going to make.  Greg bought romaine instead of kale but it was still amazingly good. 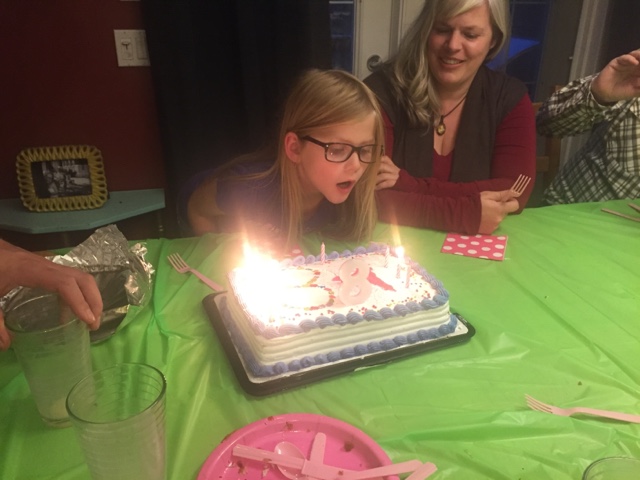 We had Greg's dad + Andrea over as well as her Uncle Brad and Kari.  She loved having her family there to celebrate with her.  She coloured with Andrea, built lego with Grandpa Don and played with Uncle Brad + Kari.  The cake was a bit of a disaster the night before but turned out thanks to Sobeys. You can read about that on another day though.  Finley loved having the eiffel tower on her cake.

Happy 8th Birthday my sweet baby girl!!!  I am glad you had  such a great day celebrating one of the happiest days of my life!  Love you to the moon and back!!
at October 31, 2016
Email ThisBlogThis!Share to TwitterShare to FacebookShare to Pinterest
Labels: Birthday, Finley