1.  The best thing about hosting Thanksgiving dinner is all the leftovers you get to have the following week.  Greg made broth from the turkey carkas which he then used to make turkey noodle soup plus we have loads of broth left over frozen in our freezer which we can use for future soups, stews, and coq au vins.  We had turkey noodle once for supper on Monday and will have the rest for supper tonight.  We also made hot turkey sandwiches with gravy and stuffing and last night we had turkey pot pies which turned out really good. 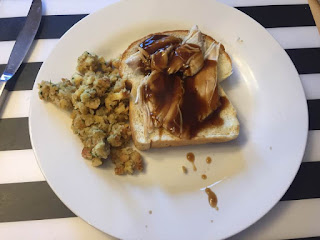 2.  I have had a love hate relationship with the IKEA hack since Greg put legs on it a few years ago.  It took me forever to style it and then when I finally got it perfect, the legs caved in after I dusted it and almost everything fell off with it and shattered all over the floor.  I think that was a year ago.  Since then I have struggled yet again to get it the way it looks good somewhat.  I think  it's a bit too busy as it is right now but I am tired of trying to figure out how to balance it so until it breaks or I find something amazing at Winners or Michales, it stays.  Greg has fixed the legs so they *shouldn't* break again. 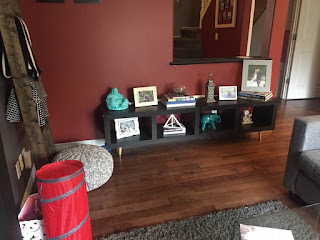 3.  I have been on a lululemon shopping hiatus since the Seawheeze that was 2 months ago yesterday.   The girls and I were in the mall recently and we just walked by the store and Finley asked if were going in and I said no, not this time.  And she replied that it was the first time in her entire life that we had walked by a lululemon store and not gone in.  She's probably not right but she's not too far off either.  Why haven't I bought anything? Well there are a number of reasons for this: 1) I spent a lot in Vancouver at the Showcase store 2) I haven't liked anything in a long, long time and 3) They jacked up their prices on August 1st.  Legitimately, the only thing that didn't increase was their socks.  Which now that I think about it, I may have bought a pair of socks since SeaWheeze but I can't remember if I bought them before or after I got back from Vancouver.  Anyways, my inadvertant buying freeze ended last week when I bought a new ear warmer.  I have one that I bought 2 years ago but I hate it so I randomly went on the lulu app and saw that they had released ear warmers that day so I ordered one and it came last Friday.  It's got a pony tail hole in the back for my hair too although it's a ear band, couldn't the hair just go out the empty spot that fills like your entire head??  I guess it works if you want a low pony?? 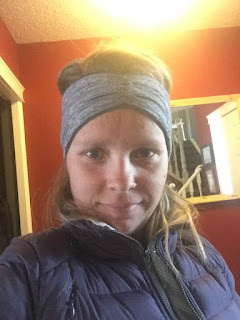 4.  Last week I received an email from Pinterst because I apparently pin a lot and they notice (thank you random ankle, knee, hip, it band injuries from running hahah) that.  They invited me to be part of the beta Pinterest app before it is released to the rest of the world.  All I had to do was download the Test Flight app from Apple and select Pinterest and it re-downloaded it on the iPhone.  I am not allowed to tell anybody about the things I see and all I do is just use it like I normally would.  If only I could make a living out of pinning stuff hahahaha. 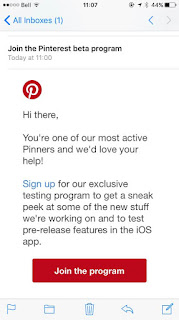 5. Pizza went to the vet on Wednesday for her vaccinations.  They were happy to see how happy and healthy she was and how much weight she has gained since we were there last.  She went from 0.4kg to 1.67kg!!  She sure does like to eat.  She goes back for one more set of vaccinations next month and then we get her fixed at about 6 months.  She is getting so big and we love having her around.  Well except for Luci.  She still doesn't much like Pizza the Cat. 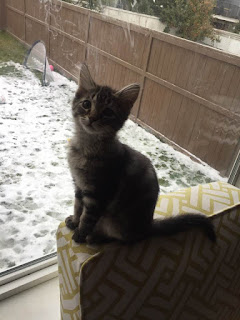 at October 14, 2016
Email ThisBlogThis!Share to TwitterShare to FacebookShare to Pinterest
Labels: Five on Friday, Lululemon, Pinterest Fail, Pizza The Cat