A friend of mine had a online party for a company called KEEP.  I hadn't heard of this company before so I was curious what it was.  It turns out it is the sister company of Stella + Dot and is based in the United States.  At first I wasn't too interested since I am not much into jewellery but the rep kept posting ideas on what you can make as it is basically a design your own KEEP kinda line, which I think is kinda cool.  One of her ideas caught my eye and so I decided to see what it would cost for me to make. 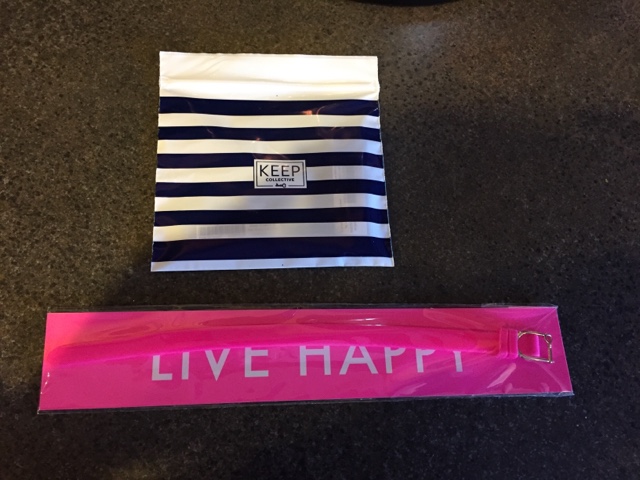 How awesome is the shipping packages for this company.  I didn't want to rip the bag because it was so pretty but I didn't know what I would use it for even if I could so I tore that baby open.  The bottom package I saved the cardboard it was against and I am now using it as a bookmark. 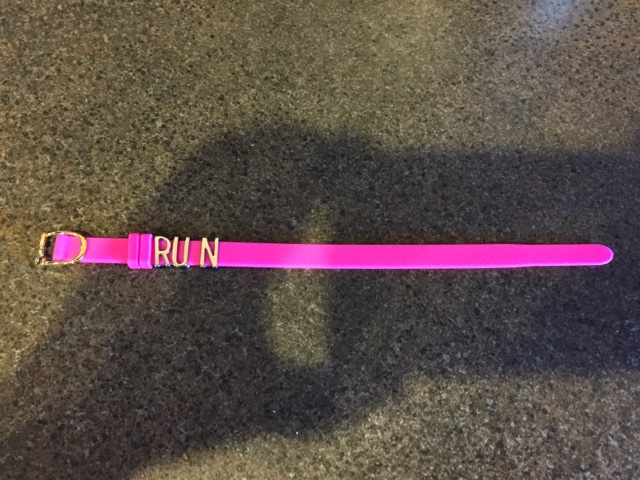 So the design that caught my eye was a simple bracelet that just had the word run on it and I was like I need that.  Luckily for me all letters and numbers were 50% off, however I did find the bracelet to be a bit pricey but I got it anyway.  I knew I wanted bright pink so my options were limited and I didn't look too much at the price of other bracelets to see if there were cheaper options.  Shipping was also $9 which I didn't like paying but paid for anyway.  I didn't look to see if it was free after a certain dollar point because I wasn't spending anymore money haha. 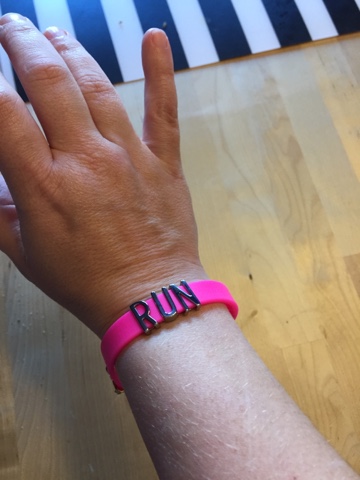 I ordered the bracelet Saturday night, it shipped Sunday around lunch time and I got it Thursday afternoon.  The tracking information is a little misleading as I wasn't supposed to receive it until Today and they don't do a very good job of tracking when it leaves places.  For example, I know it got to Toronto but I saw nothing about it leaving there until I randomly checked Thursday morning and saw it was in Calgary.  But I got it quickly so that is good.

I have worn my bracelet everyday since I got it last week.  I have worn it in the bath tub, washing dishes and running and pretty much everything in between and I have no complaints.  Also, if you are interested in becoming a rep, it is a very new company and so there are few reps here in Canada and there is plenty of opportunity if you are into that kinda thing.  I am not but maybe one of you are!
at January 30, 2017
Email ThisBlogThis!Share to TwitterShare to FacebookShare to Pinterest
Labels: Becky, KEEP, Running