On Friday we headed to Chester Lake to do some some hiking/snowshoeing.  Chester Lake is located in Peter Lougheed Provincial Park, near Kananaskis.  It's easiest to get to via Spray Lakes Road out of Canmore.  The road is maintained in the winter so you don't have to worry about that.  Trailpeak.com listed this as a 10km hike but we have never done the full 10km and I think that is because we have never gone around the lake.  We have done this hike once before in the fall to see the larches.  It was the first time we have done it in the winter.  It is considered to be a moderate hike and we would definitely call this a family friendly hike.

We weren't too sure what we would be doing because we weren't show much snow, if any, there would be because the weather had been so warm.  But there had been some snow overnight and it was all fresh and beautiful.  The parking lot hadn't been cleared and I thought it was going to be colder and worse then it actually was and I wayyyyy overdressed which meant constant removal of layers throughout the hike. 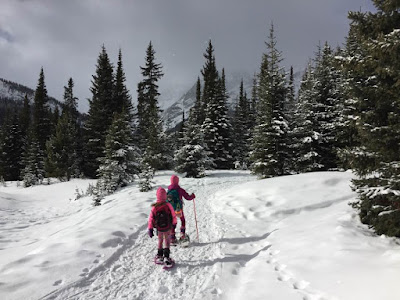 Both kids started out in snowshoes.  This was Penelope's first time on snowshoes because she has never had an interest in doing it.  We never have bought her own pair for this reason and because neither kid keeps the snowshoes on for long.  Greg just tightened mine up so that Finley could use them and Greg left his in the car and the two of us when snow shoe less. 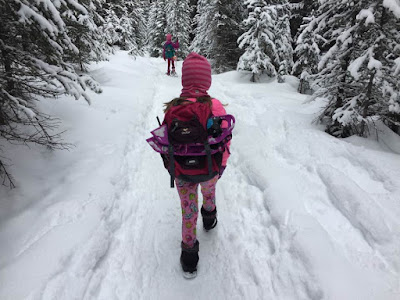 And in no time at all, Penelope was over the snowshoes and Finley soon followed.  We were close enough for Greg to run back to the car to drop them off but Penelope insisted on carrying them because she had her brand new backpacking pack on and it was the first time she got to try it out.  On the hike back to the car, the snow shoes fells out of the bag and I had to carry them until Greg caught back up with us and I handed them over to him.  They are not heavy just super awkward to carry. 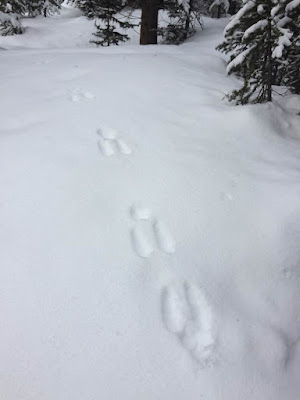 We didn't see any animals but we did see some animal prints which we determined to be bunny paws and a tail prints.  The girls really loved this. 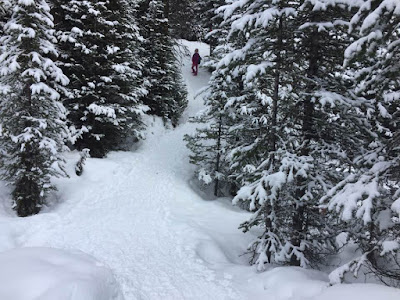 Everything was so pretty with the freshly fallen snow and it was still lightly falling.  This hike has lots of hills and lots of ups as we approach the meadow and the lake itself.  It was challenging but fun. 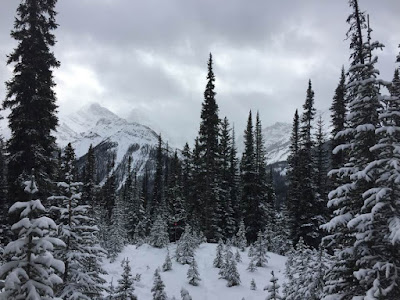 This was probably my favourite photo that I took on Friday.  I shared it on instagram but I felt the need to share it here too.  It perfectly encompasses the mountains, outdoors, the trees and the fresh snow.  I don't know how this photo could be anymore perfect. 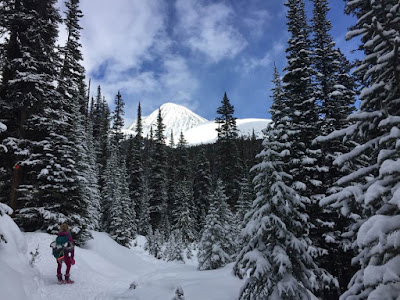 I have no idea what mountain this is in the background glowing in the sky but isn't it wonderful and I love that I captured Finley staring at it too.  We literally turned the corner and came out of some trees and we saw this.  It was perfect. 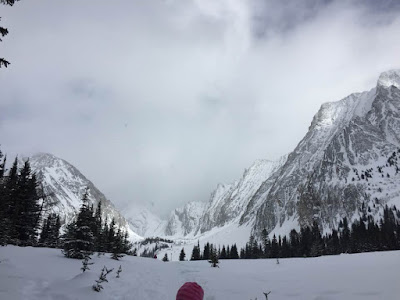 This was the view once  you left the trees behind.  This meadow was breathtaking and worth every steep hill we climbed.  No photo could do it any justice. 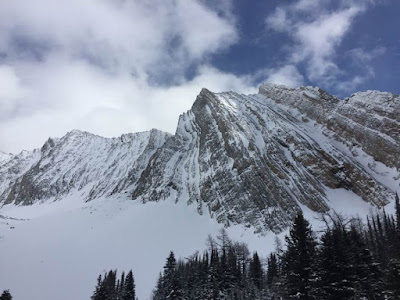 And another one just because it is so pretty and needs to be seen. 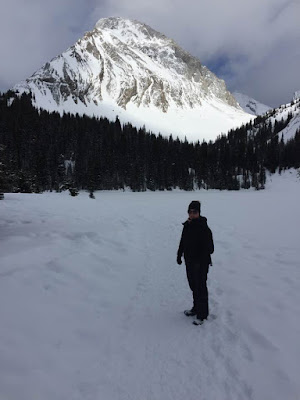 Me standing at Chester Lake.  It has been frozen over and covered in snow but it is there.  It's so different here in the winter then in the fall.  Definitely worth checking out both seasons.  And probably summer too haha. 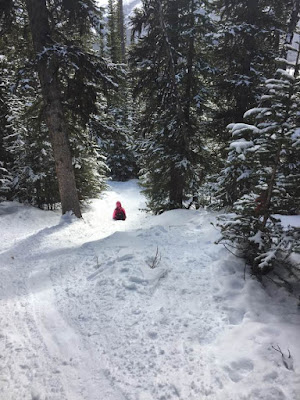 The best thing about the steep hills up is the fun in sliding down them.  The girls loved doing this. 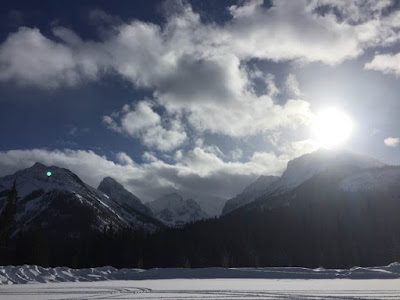 The fog had lifted by the time we got to the car and we could finally see all of the mountains.  What a beauty of a day for a hike.  It took us 3 hours and 20 minutes to hike 7.84km.  That includes stopping for water breaks, photos, waiting for others to catch up and snack break at Chester Lake. 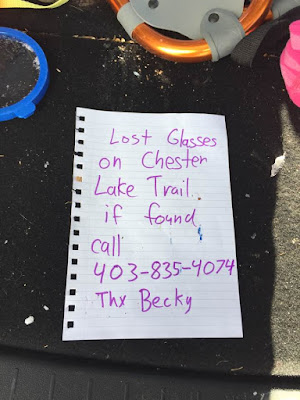 This sign hangs (or hung, it is probably gone now) and the information bulletin at Chester Lake because a certain 6 year old named Penelope lost her glasses on this hike.  We don't know if she threw them in the snow because she was tired of carrying them or if she just let go when she was dragging her hands along the top of the snow or what.  We just know that when we got to Chester Lake she no longer had them and she had no idea where she might have dropped them.  Greg hiked up and down the meadow where she thought she lost them but we didn't find them and are now waiting for her new glasses to be ready.  If by chance you are reading this and are hiking Chester Lake anytime between now and like summer look out for them, they still might be there hahahahah.