February By The Numbers - Sweat Edition

This month was a mixed bag of tricks weather wise!!  One day I am running in a tank top and crops and the next I have layers on.  What gives, Calgary??  I was active 24 out of a possible 28 days which made me happy given it wasn't a great month health wise.  Here are this month's numbers!

Unfortunately, due to a terrible head and chest cold and being plagued by migraines and headaches for most of the month, I only ran 55.6km.  I had planned on getting the full amount in plus more on Tuesday afternoon, but my headache turned into a full blown migraine and nothing was done.  To be honest, it wasn't until around 730pm that night that I decided it wasn't worth it after a good conversation with Greg. 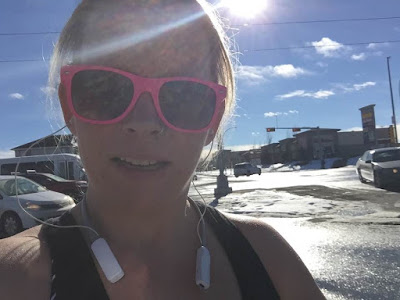 I ran in warmth and in coldness as you can see from above and below.  Finally last tuesday, there was no snow or ice on any of the sidewalks and I had a really good and fast run because I didn't have to worry about the conditions and the next morning I woke up to tons of snow!!  I was so mad.  Of the 12 days I ran, only 3 were outside.  Hopefully March brings me better weather.  I can run in the cold but not the ice on the sidewalks!!!

Of the 12 days I ran in February, 2 were on Saturdays, 3 on Sundays, 2 on Mondays, 3 on Tuesdays and 1 each on Wednesday and Thursday.  No runs on Fridays this month. 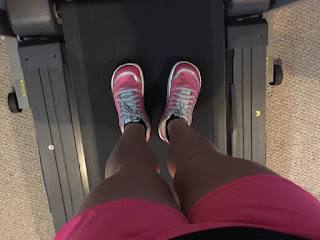 9 of my 12 runs were inside on the treadmill including one in a hotel room!  That marks the first time EVER that I have used a hotel gym.  HAHA.  Also February 25th, I ran 8.21km which was sadly my longest of the month and even more shockingly, done on the treadmill.  I hate the treadmill with a passion of no idea where that run came from but I am happy it happened hahaha.

One 21.1km race was registered for the Melissa's Run in Banff on September 23rd. I am now register for 3 half marathons and one 15km race which is my standard each year. 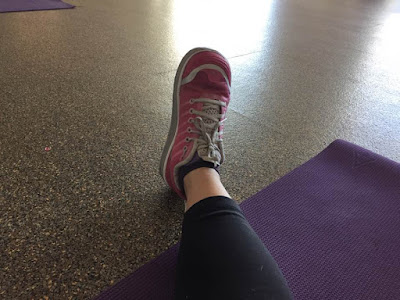 So I missed 4 bootcamp classes this month due to Finley being sick and myself as well which isn't great especially combined with the fact that we had a 5 day break from school which cancelled 2 classes and so I only got to attend 4 classes.  But the good news is that I worked very hard at all 4 classes and my body felt it for days after. 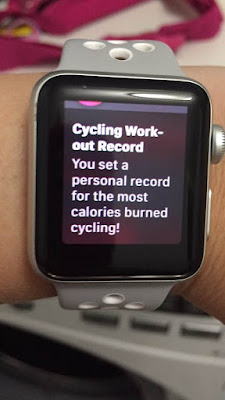 I know I vowed to use my bike trainer more this month but it just didn't happen. I only rode it 2x but each time I rode a little bit further then the time before.  Not great but at least I did it a little bit. 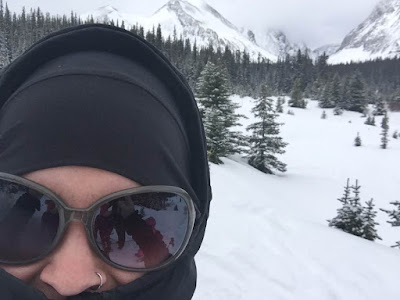 We went hiking/exploring 2x this month.  Once in Fish Creek for a 5km hike and then the following day, we headed to Chester Lake and hiked 7.84km.  It was fun and we got some great sights as we did it. 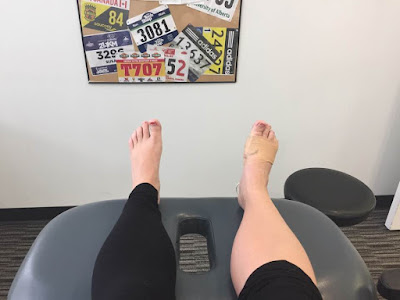 After making it through January injury free, I developed Sesamoiditis in my right foot.  You can read it all about it if you click on the link.  It sucked but it wasn't bad and I only had to go to physio 3x to fix it.  Shari had me run on my treadmill and I told her before I started and numerous times before that I was a toe runner but I don't think she believed me that I really was.  She said I was the first person in her entire career that she had seen run 100% on my toes.  And she explained why my calves were so gigantic compared to the rest of my body.  They are pretty huge haha.  But since I don't have any stress fractures as a result, I don't have to try to change the way I run.  But I do have to make sure that I do lots and lots of calf strengthening every day and stretch them out and most importantly, foam roll them out.  I also have to make sure to stretch my toes out and roll out of my foot each day. 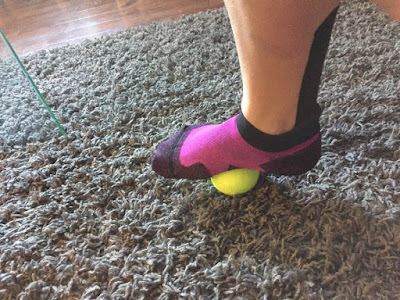 In February, I stretched only 10 days of the month and only did 12 days of strength training and even worse, I only used my foam roller 4x.  I am pretty sure it was more then this and I just never checked it off in bullet journal but I don't know for sure.  Given what I just wrote about my calves and feet, I really need to step this up - especially as I increase my distance in March. 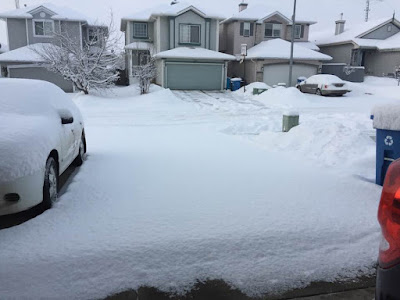 I had to shovel 9x in February.  This was our most recent snow fall - the one after I was so happy that the sidewalks had finally cleared haha.  I do mine and my neighbours and it is always a good workout - especially since I don't like doing upper body anything.

And sadly, the following things were done 0 times: home workouts, bedtime abs, morning workout, meditation, and headstands.  At home core workouts was done only 2x.  Clearly I have some improvements to make in March!!

How were you active in February??  Any big goals for March??

at March 02, 2017
Email ThisBlogThis!Share to TwitterShare to FacebookShare to Pinterest
Labels: By The Numbers - Sweat Edition, RunCalgary, Running, RunYYC