It has been an eventful indoor season of soccer for Finley.  It was the first year she had to do evaluations to get on a team and the first year she did academy too.  She was selected to be on the U9 SWU Tier B Girls Team.  U9 had no A team and SWU decided to place them in the lower tier because they weren't sure how well they would mesh together.  She  had games every Sunday and practices every Wednesday and tech training every Tuesday night and Saturday morning.  Most of her games were at the Calgary Soccer Center, which is about 20 minutes from our house, but occasionally she would have games at Calgary West Soccer Center which is on the border of like Tuscany + Bearspaw and was very far from our house.  I only made it one early morning game there because every other time Finley had a game there, Penelope had one at CSC forcing Greg to each take a kid and watch a game. 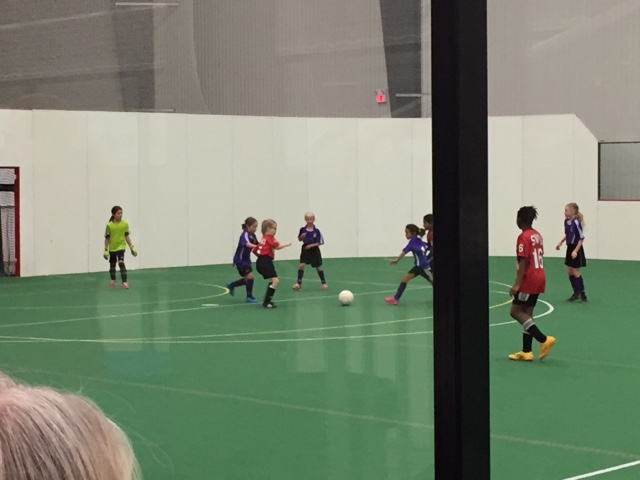 Finley started the season as a defender which I think a terrible decision by the coach and his staff.  She was not good enough to be a defender and it showed.  She did do well part of the time but when you are a defender in soccer you have to think and move fast and Finley tends to overthink most things about soccer but she tried really hard and she did improve as the season went on and even scored one goal but she really seemed to come into her own when they took her off of defence and turned her into a forward.  She played so much better once that happened.  She was a little more aggressive and more confident with herself and the ball.  She still has a long way to go but I am really proud of her and how far she came this season.  This was the first year she learned positions or anything like that because you don't do that in U8 or below.  She also needs to kick the ball a lot harder but she had some good kicks towards the end of the season. 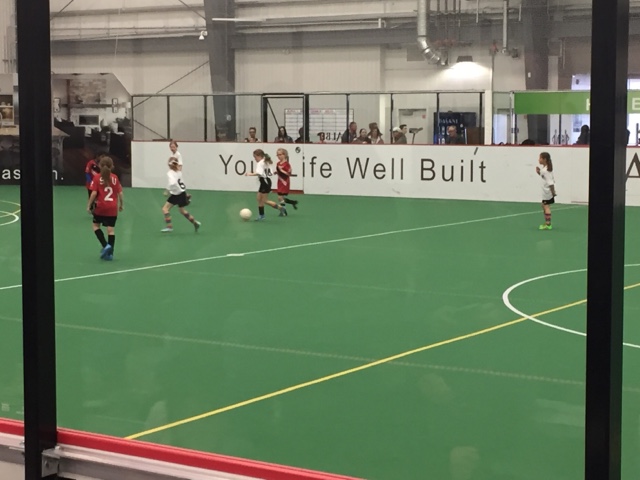 So as I said, they placed this team in Tier B because they didn't know  how they would gel and they didn't want them to get pummelled during the regular season.  Well, they gelled really well and were far above the other 4 teams in their tier and went 12-0.  They entered one tournament and played against some U10 teams and got struggled 2 out of 4 games and lost their last game with a heartbreaking goal with 0.2 seconds left.  Had they played that calibre of teams all season long, they probably would have made themselves better but overall, they played their hearts out and not once did any of them give up.  Because we went 12-0 during the season, they had a bye into the City Championship Semi Finals so they got Saturday off to get ready for a couple of games the next day. 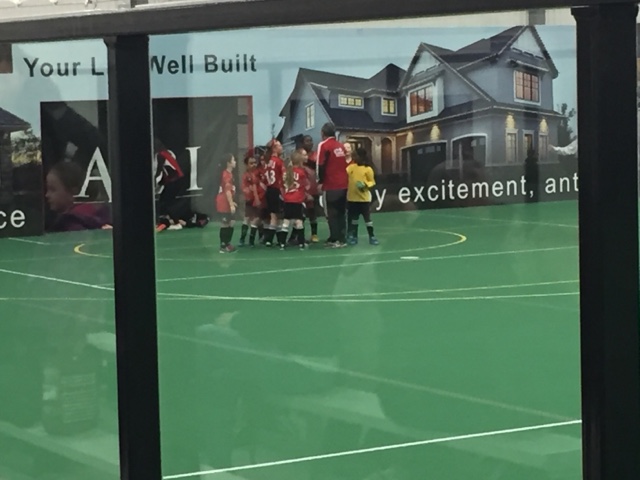 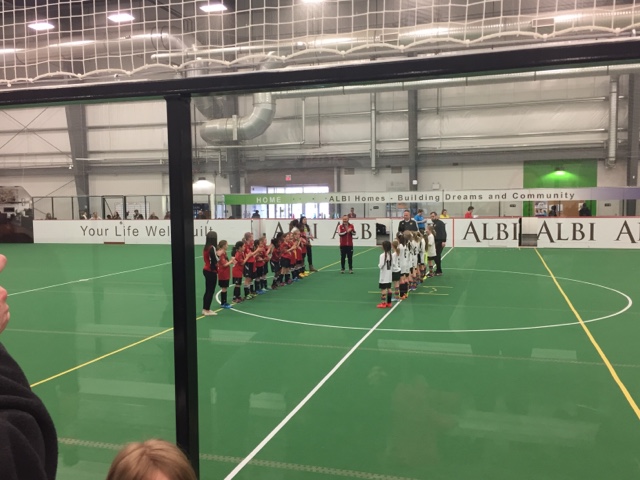 There was an outbreak of mumps in Manitoba and in Medicine Hat during City Finals so instead of shaking hands like they normally do after a game, they lined up along the yellow lines and waved to each other instead.  Considering how much they are on each other during the game with their sweaty bodies, I am not sure it made a difference but better to be safe then sorry. 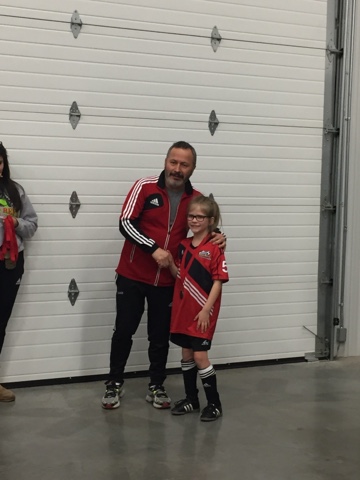 They won their first game easily and made it to the city finals.  They won that game 7-1 or something like that and after only having one goal all season, Finley scored 2 in the final game and it was awesome.  She was so excited after the first goal that she ran to the bench so excitedly with her hands pumping in the air.  She was a lot more humble when the second goal went in haha. 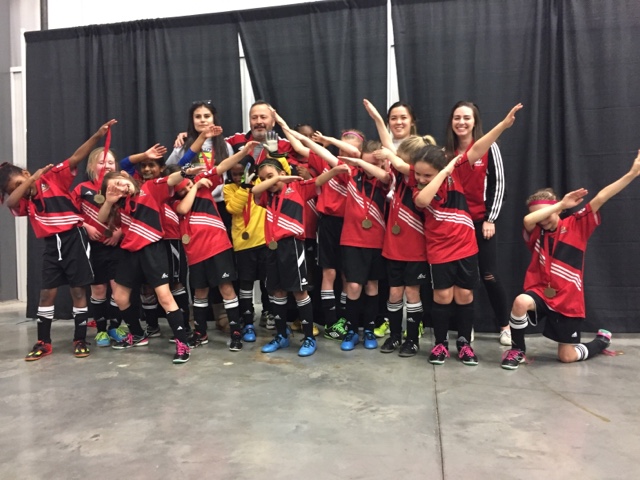 Their season still isn't over yet though.  They played in a U10 SWU In-House Tournament on Sunday where SWU was trying to decide how many U10 and U9 Girls teams they needed and were figuring tiers as well as evaluating players for the upcoming outdoor season.  Finley also has tech training tonight and one final one (for now) on Saturday morning.  As much as I hate getting up early on Saturdays I sure am going to miss heading over to the Farmers Market while she is training haha.  Registration for outdoor closes on April 4th, so we should have a much needed break from soccer at least until then and then evaluations will start quickly and before you know it, we will be back playing soccer yet again.  It will be a fun few weeks to get out to the mountains or just do nothing. 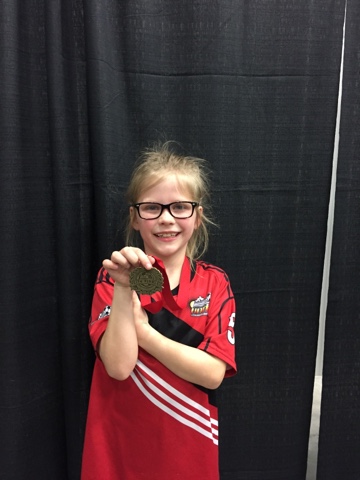 I am so very proud of this girl and all her hard work this soccer season.  It was a huge adjustment for her and a lot of soccer was played but she went to every practice, every tech training and game and always gave 100% each and every time.  She worked really hard to make herself better and it really showed down the stretch.  Can't wait to see her play outdoor - as long as the cold weather is all gone!