Our weekend started with a lunch date at the local sushi place with my best friend.  We were both kidless and we sat and drank japanese tea and ate delicious sushi for a few hours before we had to pick up kids from school. 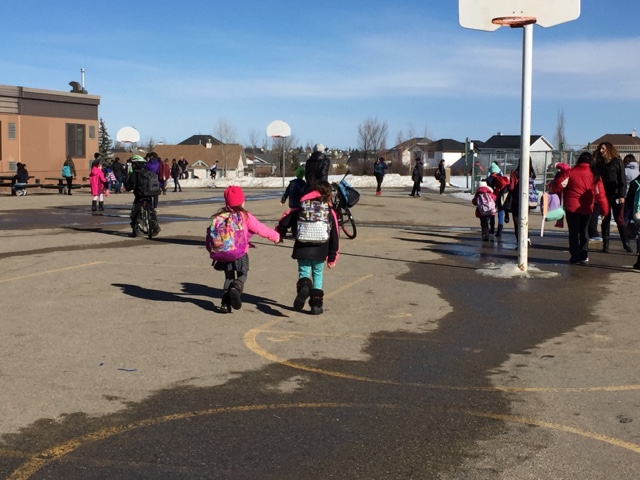 Penelope had a play date after school with her bff so Finley and I went for ice cream at Marble Slab and it was delicious.  We followed that up with a trip to Dollarama for 2 baskets for the girls' bathroom and to Walmart because Finley wanted to buy some fabric and fabric glue to make dresses for Kitty.  Her stuffed kitty, not Pizza or Luci haha. 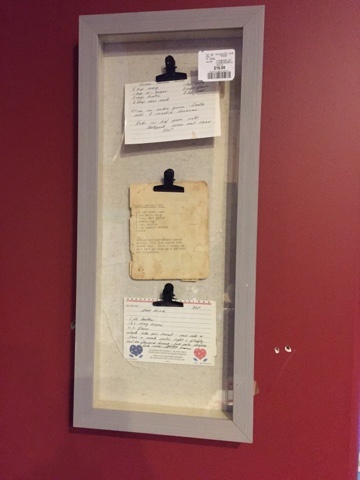 Then we stopped at Winners, where I picked up this photo frame and decided to use it for a place to display some of my Aunty Sandy's recipes. Aside from the wall colour, I think it looks really good.  I told Greg that I wanted the main floor pained for my birthday.  Not sure how I agreed to red down here and in our bedroom since i hate the colour but in all honesty, it is  a million times better then what it was originally. 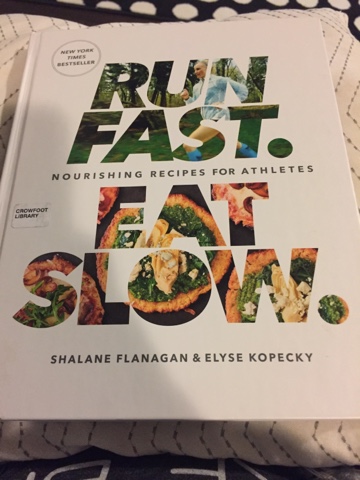 Friday night was pretty quiet, I read through this cookbook that i got from the library while watching 2 episodes of MasterChef Junior with the girls.  They both love this show and it inspires them to be more creative and adventurous in the kitchen. This cookbook is amazing by the way!  I am so excited to try so many of the recipes that I just might go buy it to keep forever!!! 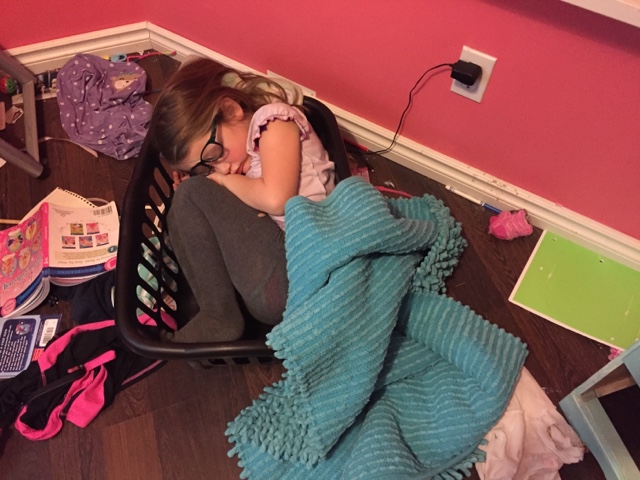 Friday night I checked on Penelope and found her sleeping in the laundry basket.  Both kids were phenomenal at sleeping in strange places when they were first in their beds but it has been a long time since I have seen them do it.  Pizza was in her bed and she in the laundry basket, it should be the other way around haha. Saturday night I found her on her couch cuddled  up and fast sleep underneath her quilt.  She has no recollection of either happening. 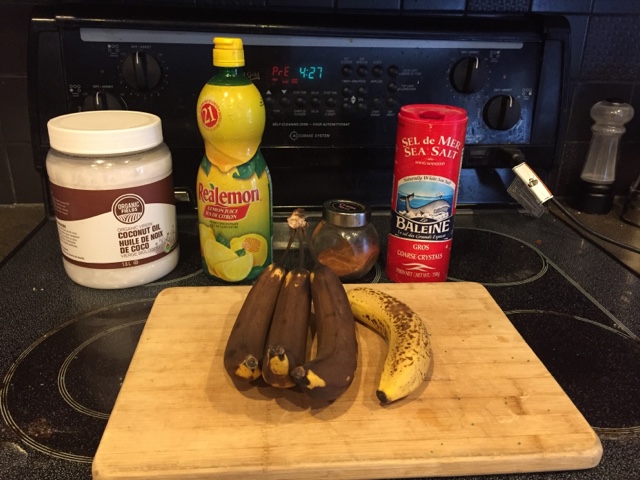 Saturday morning saw us a home for the first time in forever.  Because of city championships in the soccer world, all tech training was cancelled and because Finley's team finished first in their tier, they had a bye until Sunday morning.  The girls and greg slept in and I made my first recipe from Run Fast Eat Slow which I will share with you on here in a couple of weeks. 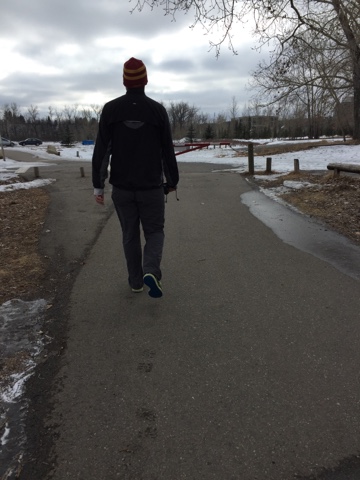 Both girls had birthday parties which left Greg and I with a rare Saturday alone so what did we do? I convinced him to come run with me at Fish Creek.  I thank God that he did because I would have wimped out and came home and not reached my goal of getting back to 10km.  It was freezing and the wind was so cold and I was still really sore from bootcamp the day before.  We got home from this and I laid in the bathtub for an hour and Greg went to get the girls from their parties.  It was fun getting to run with him since it is such a rare occurrence. 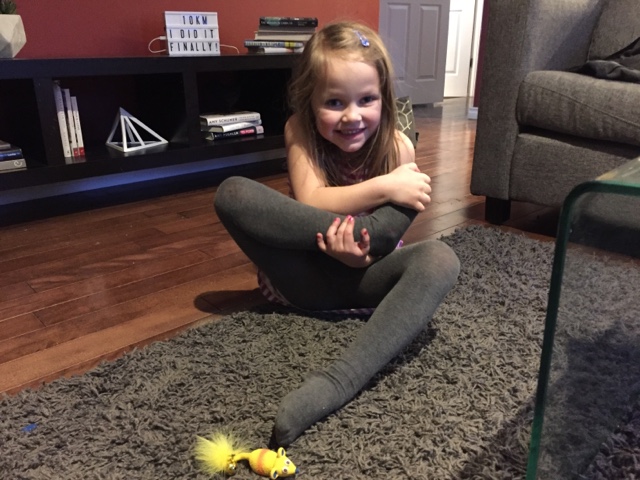 I was feeling pretty sore from bootcamp and my run so after supper, I stretched for a good hour and had a partner for part of the time. Penelope LOVES stretching and rolling out.  This will definitely help her further on in her soccer career haha. 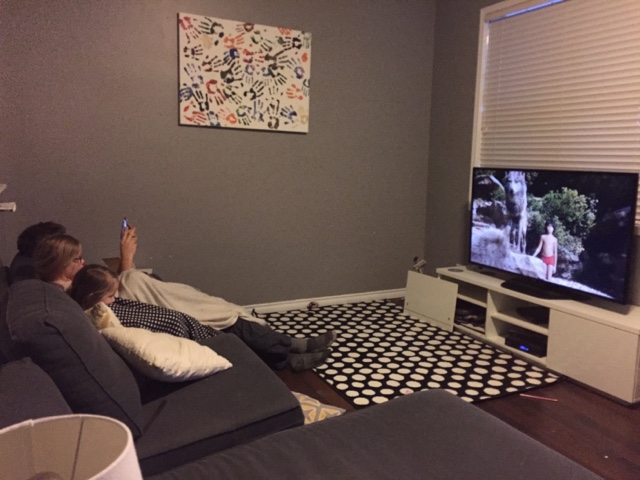 Greg and the girls watched the Jungle Book that is on netflix while I reorganized my photos on our iMac.  I didn't pay attention to the movie but the girls were pretty scared for most of it haha. 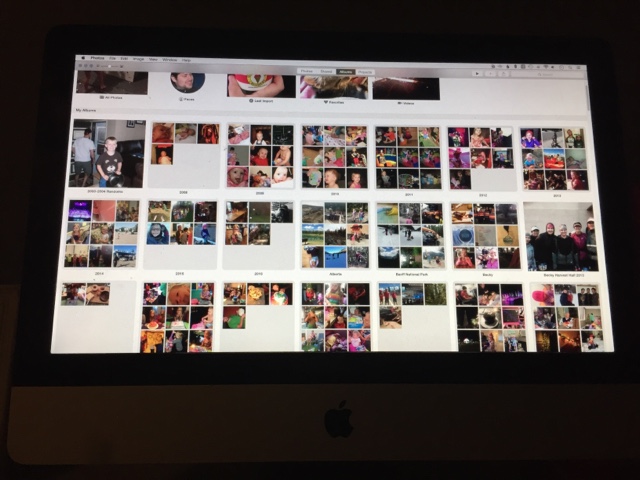 So Friday night I was uploading photos from my iPhone to my iMac when I noticed the Folder Feature.  I have complained for 9 years that iPhoto lacked a folder feature and therefore made it hard to organize my photos like I would on a PC. I can't believe I never noticed this feature!!  So I spent both Friday night after the girls went to bed and Saturday night putting all my photos into specific folders which made me so much happier.  I still have lots of organizing to do within each folder but I am so happy I noticed this and yet so mad that it took me this long to do so!! 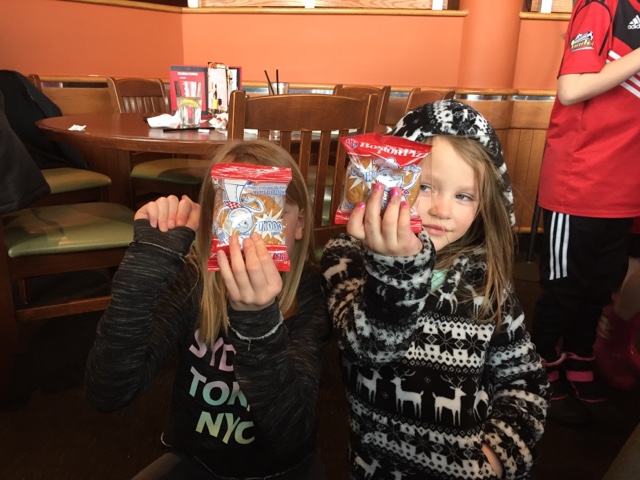 Sunday was a full day of soccer for us.  Finley had her first game at 915 at the soccer centre and if they won it, they would advance the gold medal game of the city championships. They easily won the game and advanced.  In between games, the team and all the siblings and parents hung out at the Boston Pizza in Riverbend.  The kids loved it and it was nice to hang with the parents and it made no sense to go all the way home to just come back an hour later especially since it was starting to snow pretty heavily.  Penelope and A played together in indoor soccer this year and both their sisters play on the same U9 team so we spend a lot of time together and these 2 are now inseparable. 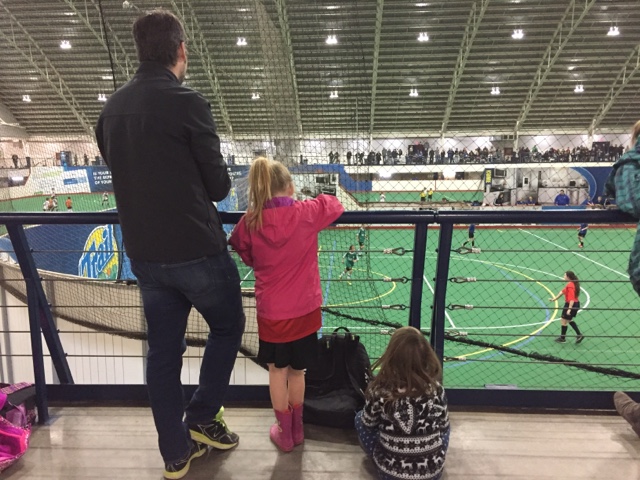 We had a bit of time before our next time so we watched a U13 team play for the gold with hopes that Finley could learn some tricks that Greg was trying to tell her while playing.  Positional playing is new this season for Finley and she struggles with it a little bit of where she's supposed to be. 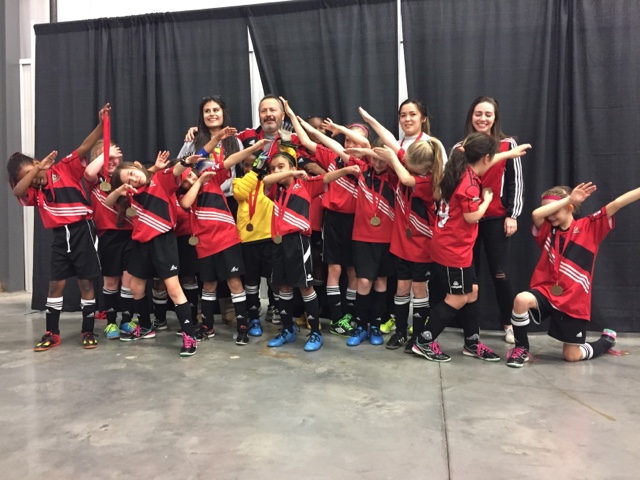 The girls showed up in the final game and played their heart out and succeeded in winning the gold.  They went 12-0 during the season and 2-0 in the championships.  Finley had 2 goals in this game.  It was amazing but more on this later this week!!!  The girls insisted on dabbing for their first photo.  That was their dance move of choice this season. 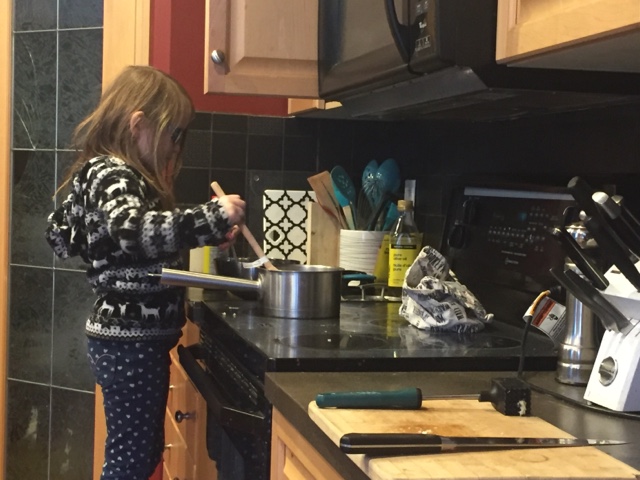 We capped off our busy-ish weekend with Penelope cooking supper for us - salmon with some sauce she made, rice and steamed peas and carrots.  She was cutting up the carrots with a pairing knife and cut her self and greg then took over much to her dismay.  The rice and veggies were great but I can't bring myself to eat salmon since Finley had the flu a few weeks ago and it was the last thing she ate which meant I had to clean it up so you get it hahahah.  I hope one day I can eat salmon again.  I hope you guys had a great weekend!!!
at March 06, 2017
Email ThisBlogThis!Share to TwitterShare to FacebookShare to Pinterest
Labels: Weekend Recap