I love tea mugs.  Or coffee mugs if you will.  Sometimes mine even hold chocolate milk after a half marathon.  One of the most thoughtful gifts a person can get me is a tea mug that they know I will love.  I get the majority of mine from Winners or made locally.  I love that i can so easily have one custom made here at home instead of paying astronomical shipping fees from Etsy.  Also, if you receive a mug from me as a gift, it is probably because I think highly of you that I need to share it.  I already have great mug ideas in my head for christmas gifts this year! 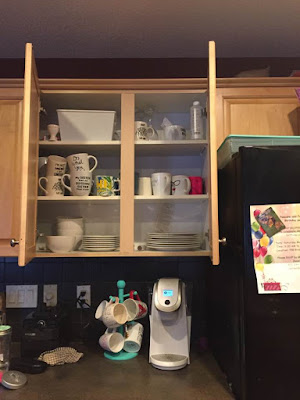 This is where I store all of my mugs.  Greg says I am at the point that I have to get rid of one every time I bring a new one home.  I disagree.  I mean, 32 mugs really isn't a lot, is it?   But I am going to have to get more creative in storing them because I am running out of space haha. 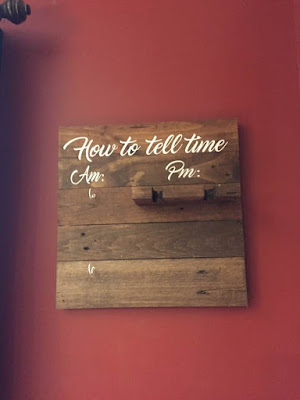 My sister had this made for me for Christmas last year and I love it.  It sits on my wall just like this though because I am terrified if I put anything on it that my kids or myself will bump into it and I will break my mugs and wine glasses.  Greg already broke one of the wine glasses that my sister bought me with this and I don't want to risk having anymore broken. 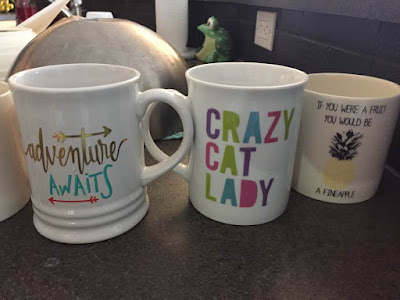 Winners always has such cute mugs and if I didn't hate large mugs so much, I would have so many more then I have already.  These 3 and the ones below are all from winners.  My mom bought me the one on the right.  It's funny.  Finley thinks it is hilarious but Penelope doesn't get it yet. 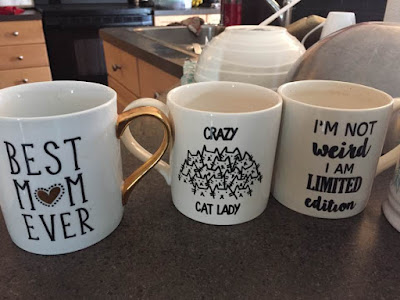 These 3 are also from winners and yes i have no shame in saying that i bought the one on the left for myself because although I don't think i am the best mom ever at least I can kinda pretend haha. 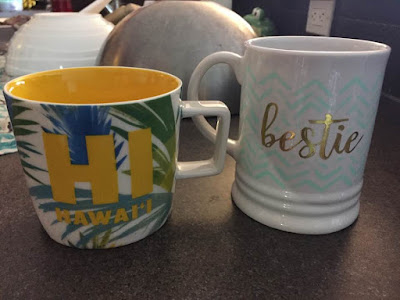 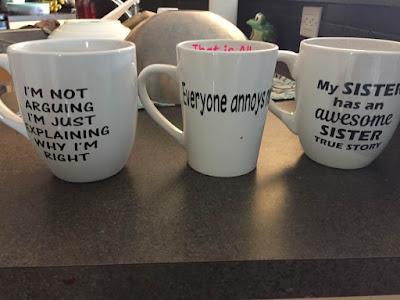 These 3 my sister had made for me for Christmas last year.  All 3 make me laugh - especially the one on the right because she thought it said she was the awesome one but really it is me hahahhaha. 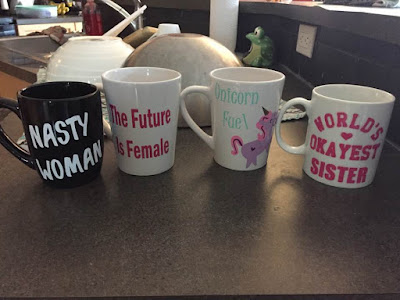 These 4 I had made by my friend Hillary.  You can find her at Facebook.com/Hilaryhobbies. 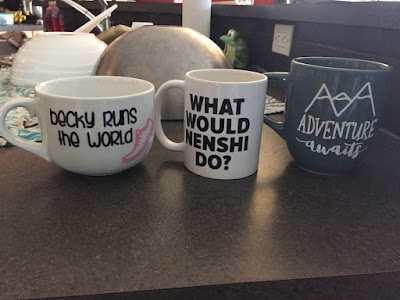 These 3 were also made locally but only one was actually made custom for me.  Can you guess which one? Haha.  I need to get one that says Sweat Like Becky!! 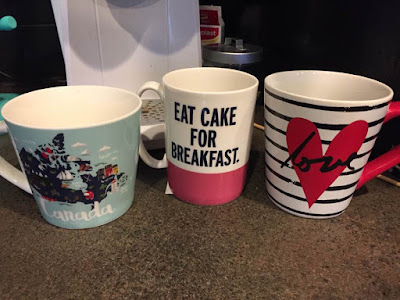 The Canada one on the left is my newest one that I found at Winners last week.  You can't see it in this photo, but the detail on this mug is pretty awesome.  Instead of city or areas being named, they have what you can do in the area or what they are famous for.  I love it.  The one in the middle is a Kate Spade one and it is one of my favourites.  You can get this particular cup online at Chapters or you can buy her new designs at the Kate Spade store in Chinook.  The one on the far right was from Michaels around Valentine's Day but I use it year round. 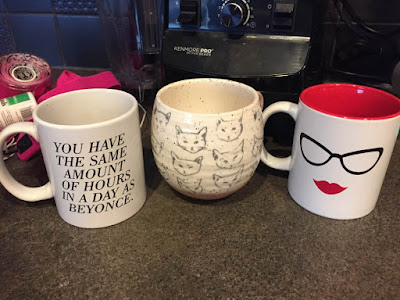 I love my beyonce mug and even Greg who thinks I have far far too many mugs likes this one too.  And the best part is I won it for $1 on a local buy n sell auction site.  The one in the middle is from Anthropology.  Winners had bunny versions around Easter time that I bought but it is now put away with the Easter stuff.  The glasses one is from Shoppers Drug Mart that I got for $2 on clearance  after Valentines day. 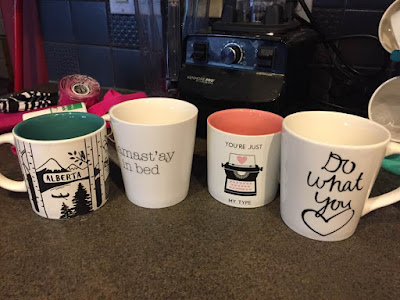 These 4 are all from Chapters.  The typewriter one is a valentine's day one but i think it is pretty cute so i keep it out year round.  The one on the far right is from my oldest friends Jenn  and by oldest I mean time wise not age wise haha.  Chapters always has cute mugs and sometimes you can get them 25% off or for $5 if they go on clearance. 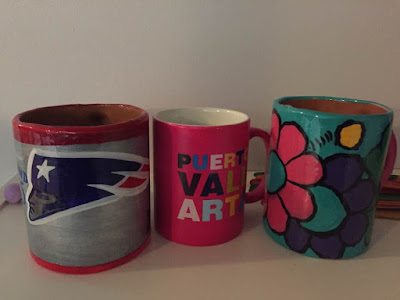 These 3 are all from our trip to Mexico last January.  I did the one on the right and they did the one on the left.  For some reason,  i don't seem to collect mugs from places that i visit but that might because i did bring home mugs from both seattle and hawaii but Greg broke the hawaii one while we were waiting for customs and i broke the seattle one right after we got home.  I think i was tired of broken cups haha. 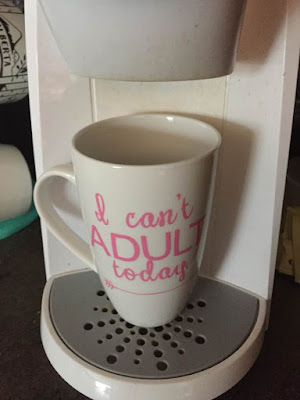 And here is my last mug, all by itself because I was using it while I took the photos and didn't realize it until after and I didn't want to have to take all the mugs down again to take the photo with all the mugs.  This one was made locally and i won it for a few bucks on an auction site.

So as you can see I have a lot of mugs but I love them all for various reasons.  I do have Halloween, Christmas and Easter themed ones but they are kept put away and only come out during their seasons.

Do you collect anything fun?!

at May 25, 2017
Email ThisBlogThis!Share to TwitterShare to FacebookShare to Pinterest
Labels: Collections