Finley's indoor team the SWU U9 Premiers team moved from Tier B to Tier A and she evaluated well and made the A team.  We definitely were a little surprised but she has tried her hardest throughout the season. 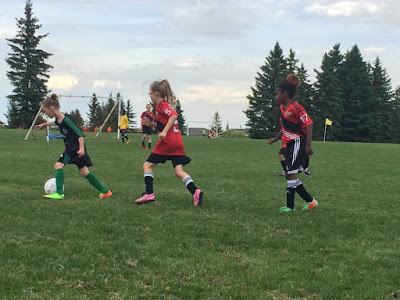 I remember the first outdoor game of this season and was a little terrified that this was going to be a terrible season as it was a whole different game from what we played in indoor.  But the girls worked really hard in every game, practice and tech training.  In indoor, the girls dominated their tier and finished their season undefeated and without any challenge.  I think this really hurt them and if they had been in A like they should have, they would developed a lot more then what they did. 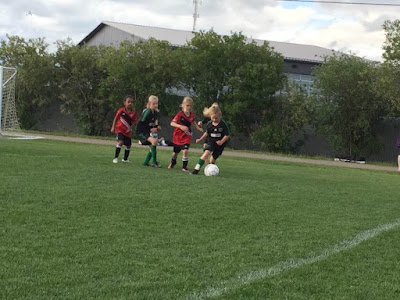 Finley spent her outdoor season playing the wing and got better with each game.  She scored one goal and had several good chances but she just wasn't able to capitalize on.  She made sure to stay wide and not bunch up (our team was guilty of this haha) and worked hard on corner kicks and throw ins.  She is not even close to being the top player on her team and has to work really hard to keep up with the girls and practice a lot at home if she wants to be on the same team going forward.   She knows that it is a possibility that she won't make the A team each season and is ok with this.  But she also knows that if she works hard, tries hard and doesn't give up then she has a really good shot.  She and the rest of the team need to work on their endurance (any tips to help her with this??) and she needs to work on kicking the ball harder.  She can kick it hard in warm ups and practices but not in games.  Hopefully she can improve on that.  This summer, her coach told her to do toe touches and dribbling around pine cones to get faster.  She has to do 200 of each plus suicides and kicks each day.  Penelope joins in since she lives + breathes soccer. 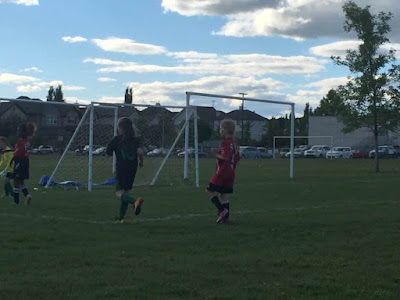 They played in one tournament in Airdrie in June and they won the bronze medal.  The girls were so happy and it did a lot to boost the morale on the team.  Some players (and their parents) were unhappy that we were not winning like we did in indoor. 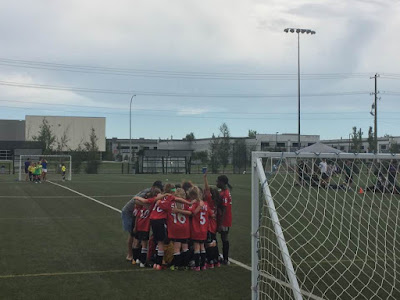 The girls won 3 games, lost 10 and tied 2 this outdoor season.  Not great but the games in outdoor were so much more fun and competitive to watch.  The girls have a better grasp on what outdoor is now and that should help them moving forward.  They played so hard last weekend for the city finals and it was so hot too but they didn't give up until the last whistle blew.  I am so proud of these girls! 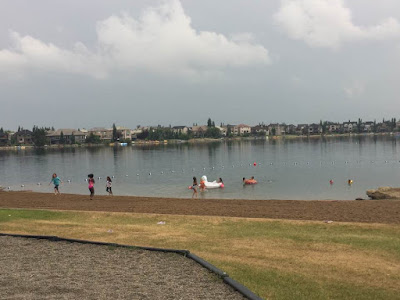 We had our team party the day after city finals and even though it wasn't very nice, the girls had a great time.  We had an issue with one of the parents but outside of that, we have a really good group of parents, players and siblings and we all get along very well.  Even though the girls still have tech training until July 21st (we miss the last 2), we all celebrated the end of a pretty good season overall.

Finley normally does soccer camp each summer but we skipped out on it this year.  She has been playing soccer since mid October and it jumped from 4 days a week in Indoor to 5 days a week in Indoor.  They had no break between the indoor and outdoor seasons and she is exhausted.  So she is taking the last 2 weeks of July and all of August off except for her backyard soccer drills and will play fall soccer in September.  It will workout to 46 weeks out of 52 weeks of soccer since last fall so I think her break is well deserved.