We hadn't planned on leaving town for the long weekend but Greg wanted to head back to Saskatoon to see some family so that is what we did.  We left Calgary around noon since Greg had to work and it was an uneventful and extremely boring drive back. 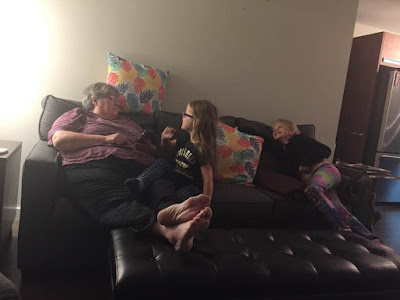 We got to Greg's mom's house around 745 after our supper stop in Kindersley took longer then we had planned.  We were all pretty tired so we didn't stay up to late that night. 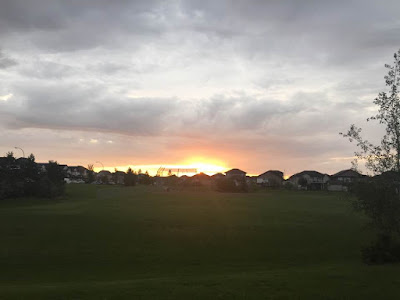 On Saturday morning, I got up early and ran 10km around Gail's neighbourhood.  It was quite warm out and the sunrise was pretty and the area was full of green space and running pathways.  After running,  I headed back to Gail's where we all got ready to meet her parents and siblings for their usual Saturday breakfast.  I forgot to take a photo of everybody but it was a great morning of catching up. 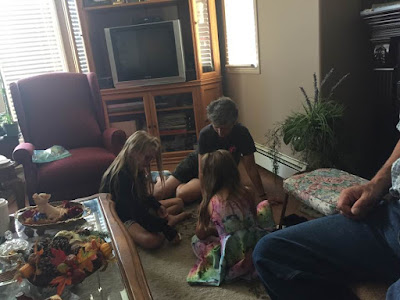 After breakfast, we made our way over to Greg's Grandma Jane and Aunty Linda and Uncle Warren were there.  We got some good visiting in and I learned a lot about hunting in the Unity area and Aunty Linda taught the girls how to play war which they now love.  Aunty Linda made us chicken stew for lunch and it was delicious. 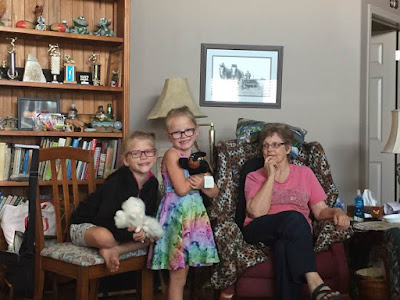 After lunch, we did some more visiting and Granny Jane offered to braid the girls hair and as you can see they loved getting their hair done.  I am not the best and not even close to as gentle as Granny Jane was with their hair haha.

After our visit with Granny Jane, we headed back to Gail's where Brad had arrived for the weekend.  We hung out and visited for a few hours before heading to our dinner reservations with some friends. 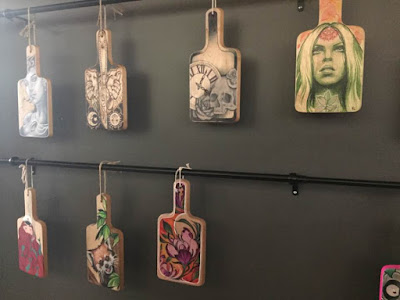 We met one of my best friends and her family for supper at Ayden's Kitchen and Bar.  It is co-owned by one of the master chef canada's contestants.  I have watched every episode of both american and canadian master chef but I don't remember him at all.  The decor was fantastic and my Rhubarb Mule was delicious but my food was just ok.  We had pork belly to start and that was really good but the rest of meal was not that great.  It was still a great time with friends so it all worked out.  After dinner, we took the girls back to Greg's mom's house and Kristen left Maverick with her parents we headed to Leopold's for some drinks.  It had just opened the night before, it was pretty busy but man it was super small.  Their bathroom tile and tile around the bar was really nice, I want it in my house!! 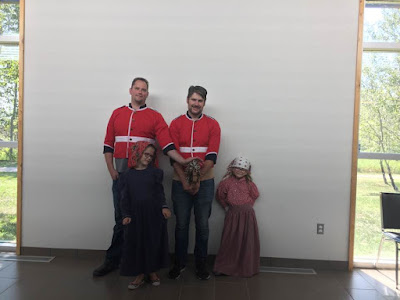 On Sunday morning, we got up early and drove out to my sister's and her boyfriends' place.  She had moved in with him a few months ago and we hadn't visited them yet.  They live just down the road from Batoche so after we saw their place and yard, we headed there.  The first thing the kids and adult kids was dress up in the clothes that they wore back in the late 1800s.  The kids had a kick out of this. 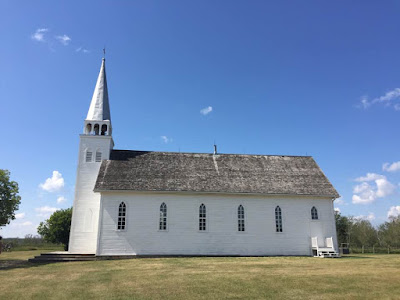 This is the second oldest church in Saskatchewan.  It was falling apart in the year 2000 so they raised some money and fixed it up for generations to come. 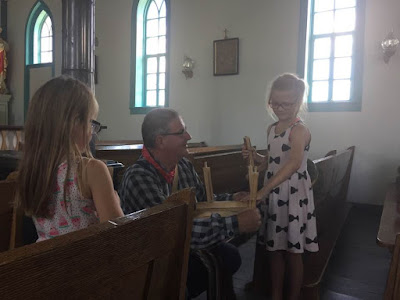 The girls got to help show how they built the church and they liked that part of it. 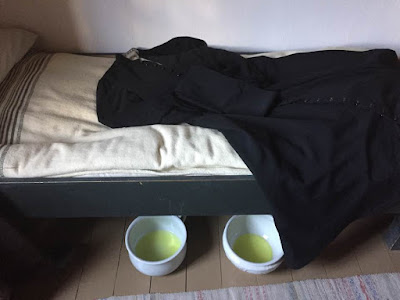 This was in their living quarters.  No bathrooms so they peed in bowls under their bed during the night.  I got a kick out of that haha. 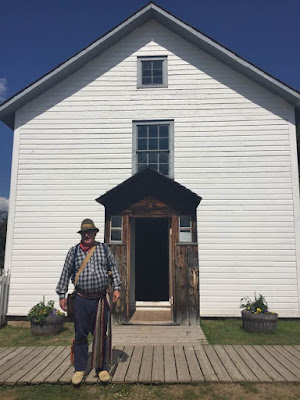 This the bullet laden rectory,  If you look to the top right below the window, you can see a bunch of bullet holes.  The church also had bullet holes but those were covered up over a thousand years ago. 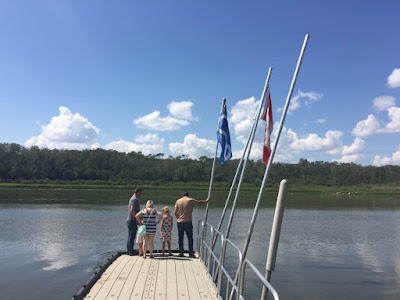 There is river access at East Batoche where they also have a viewpoint where you don't see a hole lot.  They have canoes there to use but you have to bring your own paddles. 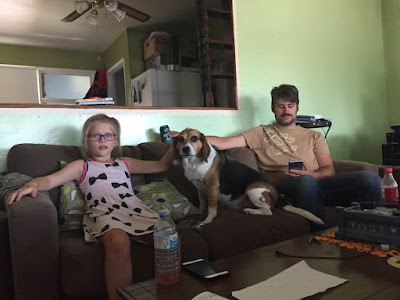 We headed back to Kristy + Dan's.  Finley was obsessed with this dog Abby and their cat Smyth.  They also have 2 other dogs Shay + Rocky and another cat Mooch. 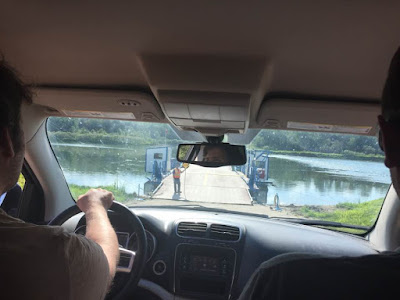 They live 40 minutes plus a ferry ride from PA which is where we went for supper.  We followed up supper with a trip to the Welcome Inn Confectionary which has had the best slushes in the world since I was a little kid.  The slushes this time were not very good and I was left very disappointed.  Both Greg and Dan don't understand the hype about these slushes but they aren't from around here. 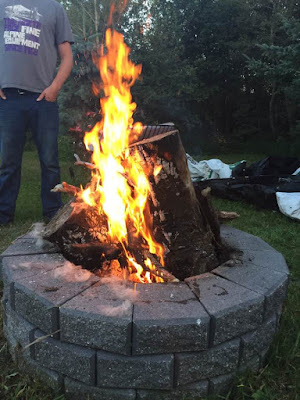 After we got home from supper, Dan started a fire with the biggest pieces of wood I have ever seen used in a fire pit and we made some smores,  While I don't think I could live the acerage life, I really enjoyed my time there.  It was so peaceful at times and I really appreciate that having lived in Calgary for nearly 13 years.  We got up early Monday morning and made our way back to Calgary.  The ride home was even more boring then the ride out because we had an extra hour to drive.