September By The Numbers - Sweat Edition

September was a tough month no doubt about it. An Achilles injury I had been dealing with since mid July on vacation hit full force and with it came the end of running for the most part. But that does not mean I didn’t work hard. In fact, despite the low kilometres ran, I probably worked harder then all 8 previous months. Well that might be an exaggeration, but I did work really hard to overcome the pain and try to get my Achilles as healthy as I could so I could run my half marathon in Banff, the second last weekend of the month.

So here goes my month in review. 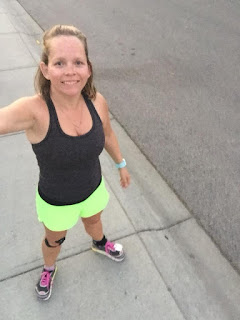 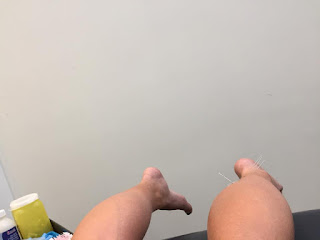 3 - number of appointments I had with Shari. Once per week up until my race. She did everything she could to make my Achilles better and without her I wouldn’t have been able to run my half as planned.
1 - accupuncture appointment to see if that worked. It did, but not as much as I had hoped. 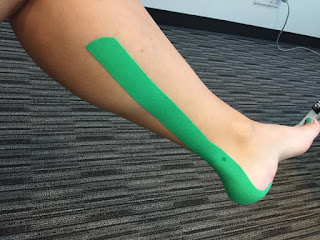 1 - half marathon ran in Banff. 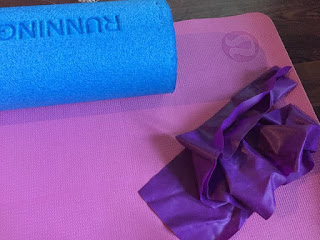 10 - times I rolled out my calves, quads + it bands
19 - times I stretched my calves
15 - times I did strength training to strengthen my calves, Achilles, other heel muscles + hips 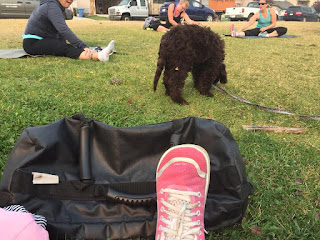 5 - times I went to bootcamp. It’s been modified which means no jumping, no high impact exercises and no running. I do a lot of deadlifts and squats, so if nothing else, my bum is benefiting from my injury haha
3 - classes missed because of discomfort in my Achilles.

1 - time I rode my bike trainer that Greg set up in our basement since I am on a month long running hiatus.

26 - days of September that I was active. This means some sort of bootcamp, stretching, strengthening, working out or running all in an attempt to get me strong enough to run.

4 - days I did nothing.
3 - were the last 3 days of September. After working so hard the first 27 days of this month I needed a break - both mentally and physically.

How did you guys do in September? Any big goals in October??
at October 02, 2017
Email ThisBlogThis!Share to TwitterShare to FacebookShare to Pinterest
Labels: By The Numbers - Sweat Edition, Sweat Like Becky, The Sweat Life