Misty pink, rose gold, soft pink, matte pink - basically that whole colour family was in season this season and I was definitely all over it.  I snapped up items in those colours every chance I could whether I really needed them or not haha.  The items are much prettier and softer then they appear in the photos as I took these all late one Sunday night and the lighting wasn't great.  If you click on the links provided, you can see how prettier they actually are. 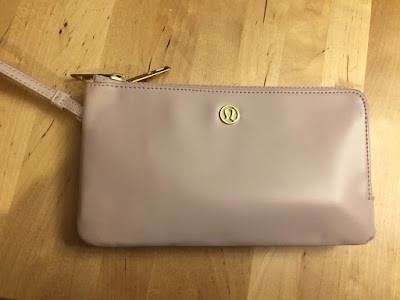 My first purchase was this Lululemon Double Up Pouch. This might be my most favorite thing ever and since purchasing it, I have not used a real wallet or handbag.  I do worry about sometimes losing it when I set it down somewhere but so far I haven't.  It does have a great wrist strap though that fits nicely around the wrist for you to carry and not lose it.  It comes in several other colours and there is a larger one called the goody bag that only has one pouch instead of two.  They are still for purchase on Lululemon's website (at least at time of writing this) and the links are as follows:
Double Up Pouch 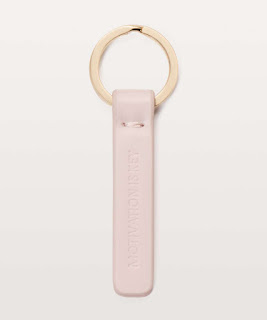 The same morning I found the pouch in my local store (Southcentre Lululemon is the bomb), I found that they had released keychains too!  Since I was on misty pink kick, I purchased the keychain in that colour.  I like that it is not too big or obscene too and I love that it says that Motivation Is Key.  I don't know if this colour is still available in stores anymore and it is sold out online but there are still some other ones available if you are interested.  Here is the link: 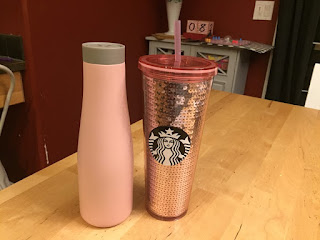 Starbucks released some pretty sweet drinkware for the holiday season.  I looked every where for the sequin Starbucks tumbler but couldn't find it.  Michelle found it and purchased it for me.  It is so pretty and fun to drink my water out of.  Starbucks discontinued their online store so you will have to look at individual retail stores if you would like one.  It is also came in silver too.  They also released this amazing pink glitter tumbler but it never made it to Calgary or at least not that me and several friends could see.  The one on the right is from Lululemon and it is similar to a swell bottle in that they can keep water both hot and cold but the best part about it is that the lid works two ways: you can take the lid off completely for a fast flow or you can push the middle of it down for drinking hot drinks slowly.  I have used it while xc skiing and it works really well.  It comes in several colours and the link is down below: 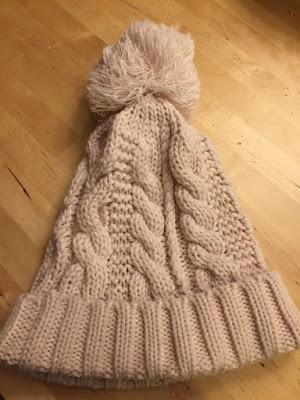 Lululemon came out with a misty pink toque but it was only available online and it sold out in like 2 seconds and was never uploaded again.  It also never made it to stores which really bummed me out.  But I was at Chapters and they had a misty pink-rose gold-ish toque and it was 40% off too!  It is a much softer pink then what the photo shows thanks to me photographing items late at night haha.  You can get them in different colours both in store and online but here is the link to the pretty pink one: 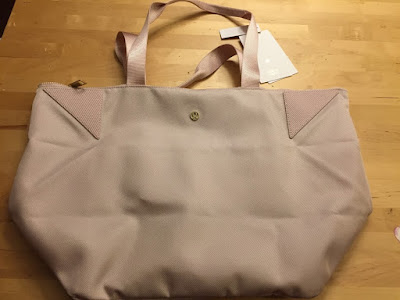 Lululemon teased this bag for a few weeks and I went into the store on Tuesday (new product day) and was looking for the item below and found this instead and was so excited.  It is very affordable and huge.  You can also buy a larger version if you are looking for a massive bag.  It also folds up to pack in your suitcase if you are travelling somewhere and need a beach bag or something like that.  I use it keep books and water and snacks and stuff in for when I have to spend hours at soccer practice and academy and all that fun stuff. 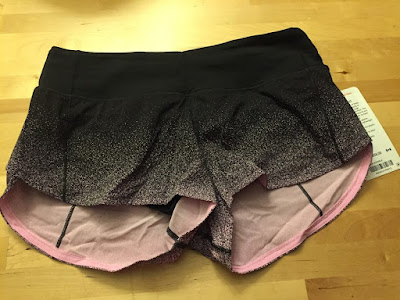 Lululemon had been showing these shorts on their website for weeks before released to promote the rose quartz racerback swiftly but I wanted these so bad that I was checking obsessively online and in store haha.  They had been released in Australia the week prior so I assumed that we would get them but it took another week.  I went into the store but none were too be found so I was a little disappointed until upload happened that Tuesday and there they were.  They are even more prettier in person and might by new favorite shorts from Lululemon.  They retired their speed short which is my absolute favorite short in the whole world so these are the new speed up short that they were replaced with.  There is not a huge difference between the two but some swear that they are so awful.  I don't love them as much as the originals but they definitely still do the trick.  As I type this, these shorts still haven't been released in store but you can purchase them online below: