A Whirlwind Trip To Saskatchewan

Last weekend, we headed back to Saskatchewan for my niece's baptism.  It was a lot of driving for a limited amount of time spent in SK haha. 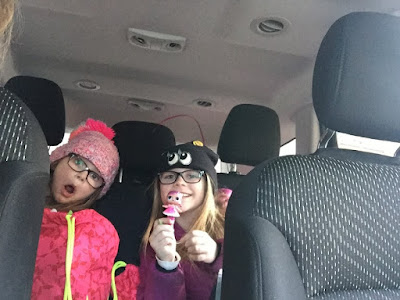 We left our house at 3:23pm and then I went to get gas and wash our car and then we had to stop at London Drugs to pick up a photo I had printed. We got downtown to Greg"s office just before 430 and then after taking forever to get out of the city and stopping for supper at McDonald's in Airdrie, we didn't officially get on the road until 6pm and the roads were awful.  The highways were ice covered basically until Oyen and to make matters worse, our car starting being all weird too.  We saw a few cars upside down in the ditch  but thankfully everything was better when we crossed the border into Saskatchewan.  Around 130am, we finally got to Greg's mom's house and we were all extremely tired.


Normally, Greg's family has breakfast every Saturday morning but we decided the night before that we weren't going to go because we got in so late and wanted to get some of our sleep back.  As it turns out, every single dealership and service place is closed on weekends in Saskatoon except for Canadian Tire.  So we took our vehicle there to see if they could fix it. While we were waiting, we wandered through what is the saddest mall  in Saskatchewan. Except for the gateway mall in PA - that is the saddest mall for sure.  Anyways, they had an urban planet and a kids section full of animal bunnyhugs. 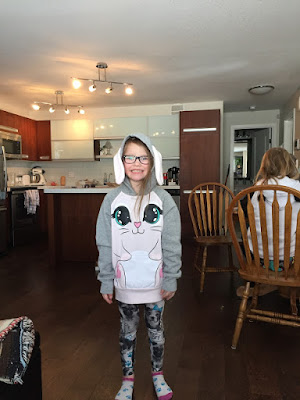 Penelope got the bunny rabbit one that she is wearing here and a pink giraffe one. 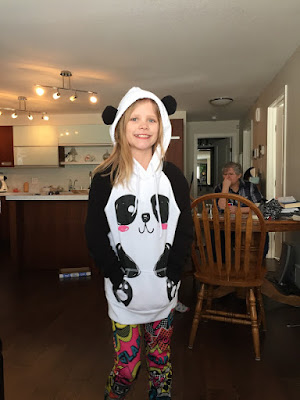 Finley picked out the panda bear one as she has been eyeing it forever.  After I took this photo, I literally stared at it forver because she looks so grown-up up in this photo - it's crazy!  She will be 10 in October and I still really can"t believe it. 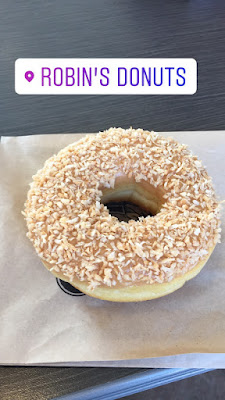 It turned out that Canadian Tire didn't want to fix our vehicle because they were worried about messing stuff up and playing around with codes or such.  Or something like that. We decided to go for donuts and picked Robins since I didn't even know it existed anymore.  Turns out I don't think they are very busy because our donuts were about 4 days old I swear. But it was a nice trip down memory lane haha. 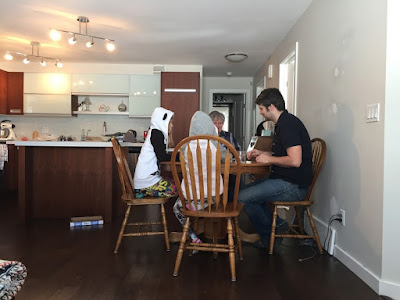 We had a nice afternoon at Gail's house where we napped and tons of rounds of skip Bo were played. We had supper there before we headed to my sister's place near Batoche.  Thankfully, our car seemed to have fixed itself and it was a nice drive there. 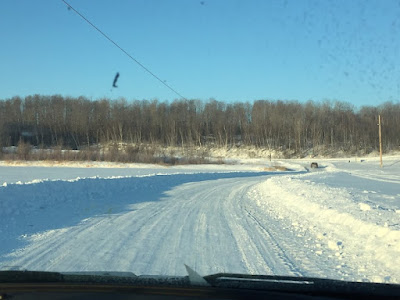 On Sunday morning, we got ready and drove into Prince Albert for Everly's baptism.  The quickest way to get there is to cross the Frozen river.  In the summer time, you can take the ferry across the river.  The people who live in the area keep the road clean so that residents can back and forth between here and PA. It was kinda cool  driving across the lake. 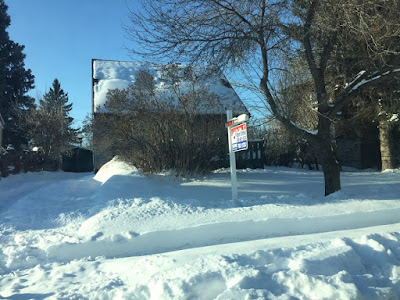 We got to the church early, so we drove a few blocks to my grandparents house so I could show it to the girls.  I am pretty sure I have showed them  before but they don't seem to remember it.  So much has changed on this house but the most amazing thing to me is that the same curtains that hung my entire life in their front room are still there.  And my family sold their house in 1992 I think so that is an incredible amount of time for these curtains to still be there.  And they aren't even that nice a curtain either so not too sure how they are still there hanging.  Clearly they have never been washed becasue they would have absolutely fallen apart if they had. 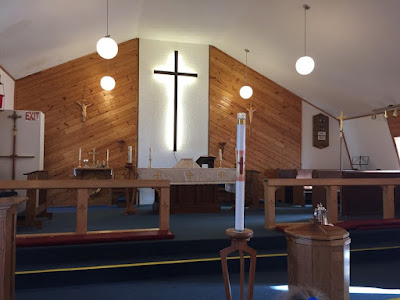 This is the church where Everly got baptised on Sunday.  It is also the church were Finley was baptised and both my sister and i.  This church has hosted so many of our family's most precious moments. They don't have a lot of people attending any more and it makes me sad to think that this church may not be around for much longer. 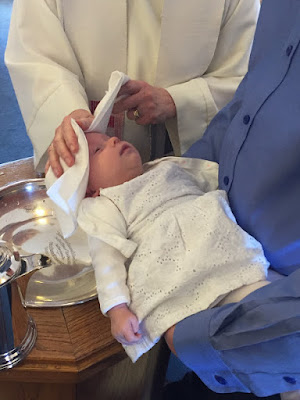 Greg and I were honored to be 2 of Everly's Godparents along with Dan's sister named Becky.  It made me wonder how many other babies had 2 Godparents named Becky haha.  Even crazier, our birthdays are one day apart although in different years haha.  I think this is one of my favorite photos of the day because she had been screaming her head off when the water hit her head, which is completely understandable but then as soon as they were drying her head, she realized that when you are getting hair washed or head massaged, it is the best feeling in the whole world haha. 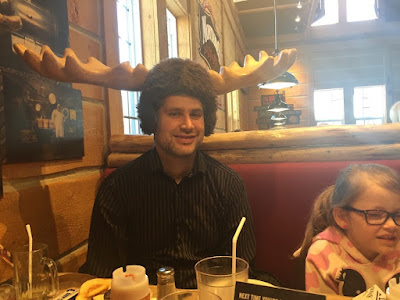 After we had cake and coffee in the church basement, we met my sister, Dan + Everily at Montana's for lunch before we started at the long drive back to calgary.  Kristy saw someone else celebrating their birthday and since it was Greg's birthday last weekend, she thought we should celebrate it again. The kids thought it was fabulous. 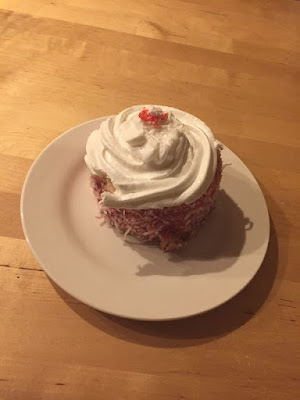 The ride home will go down as one of the most memorable drives home from Saskatchewan but not for any of the right reasons.  We stopped at the Taco Time in Kindersley for supper.  I gave Greg the fob for our car while the girls and I went inside and ordered.  Why I am telling you this, because it will be significant in a few seconds.  Greg went and got gas and then met us back at Taco Time for a quick supper before carrying on our drive.  We finished and got in the car and drove for like 3 or more hours when we stopped at a gas station so the girls could go to the bathoom.  I was hungry and wanted a bag of chips so I went to grab my purse and it wasn't there.  My stomach started aching so as I was waiting for the girls to finish, I quickly found the number for Taco Time and they still had my purse.  They had looked through it to find my phone numnber but of course that wasn't in there.  They agreed to hold it unitl Thursday when my sister was coming through on her way to Calgary.  The whole who had the fob thing is important because we have a push button start and had it still been in my purse, the car would have detected that the fob was not in the car and I would have ran in to get my purse.  But such is life right?  And then, 20 minutes after we left the gas station we hit the worst fog I have ever experienced.  It was so bad that we couldn't see at all.  Sometimes it was bearable but most of it was horrid.  It was a tense 30 minutes before we escaped it and made it home.  Needless to say, I really enjoyed my favorite dessert from the co-op in PA.  I only ate half of it but it was really good.  I ate the other half for breakfast the next morning hahaha.

It was not the best end of the week or start of a new week that I was hoping for but we would do it all over again so we could be there for Everly's special moment.
at March 15, 2018
Email ThisBlogThis!Share to TwitterShare to FacebookShare to Pinterest
Labels: Saskatchewan