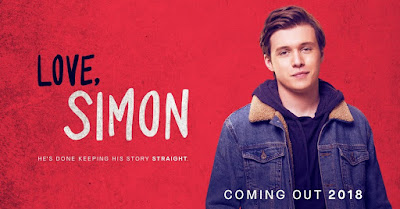 On the Tuesday that we were in Chicago, Greg was at work and the other wife that came on the trip got sick and spent her day in her hotel room so I was left on my own.  I decided to go see a movie that afternoon and the only one that interested me was Love, Simon.  I am so glad that I got to see this movie because it was probably one of the best movies I have ever seen.  It is the first time that a gay character has been the main person in a movie.  Traditionally they are usually a girls best friend so it was nice to see that change.  The part that hit home for me though was that when he spoke about having to 'come out' when straight people don't have to sit down with their parents and say they are straight.  I have long said that if either of my children are gay that I hope they just bring home their date and just say that this is my girlfriend so and so.  Also, my other favorite thing was when he said I am not so different then you and that is so true.  Who cares about sexual orientation??  My girls are 7 + 9 and don't even question it.  Maybe that is because one of Greg's cousins is and is married to someone of the same sex so they don't know that it would be considered unusual??  Sadly, I know that there are a lot of parents and people in general who don't feel this way which is why so many kids are keeping this stuff a secret.  Hopefully, these attitudes continue to change for the better.  At the end of the movie, everybody in the theatre stood up and clapped and cheered.  It was the most amazing thing.  I absolutely loved this movie and I cried through a lot of it so bring kleenex if you want to watch it.  I even bought the book afterwards even though I still haven't read it.  I think it will be a good book for both girls to read down the road. 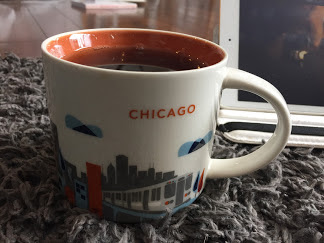 While in Chicago, I bought myself 2 souveniers. Well one was a souvenier and it is this mug from Starbucks.  I have a bunch of these and I love them so much.  They are discontinuing this series and have come out with a new one.  I saw one of the new mugs while in Chicago and I can't say that I loved it.  Looks like it was a good collection while it lasted. 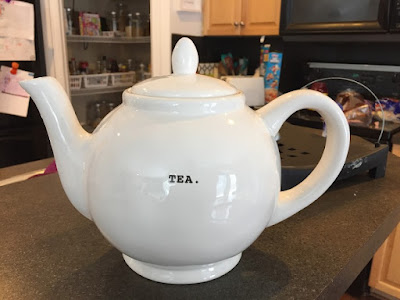 The other item that I bought was this Rae Dunn teapot from TJ Maxx.  It was very stressful to get back to Canada haha.  I had to buy a new carry on bag and fill it with clothes and wrap it a bunch of times.  Thankfully it made it back.  I had wanted this forever and was never able to find one here so I was so excited when I found one there.  However, that being said, it has sat on my counter  and I have never ever used it haha. 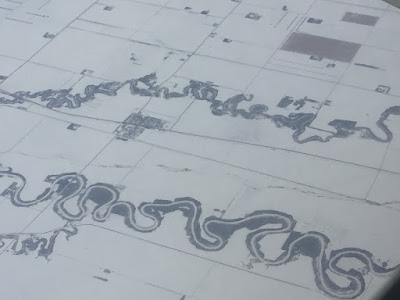 I was looking out the window somewhere between Calgary + Minneaspolis when I spotted this.  I quickly took a photo and showed greg and was like look a bunch of lululemon symbols on the ground and he was like otherwise known as a river hahaha. 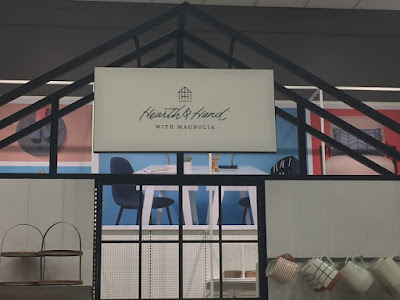 Target is my most favorite store in the world and I did buy a bunch of clothes for Finley, Penelope and Everly but nothing for me sadly.  I was most excited for the Chip + Joanna Gaines Hearth and Hand by Magnolia collection but sadly I ended up leaving empty handed.  The one thing that caught  my eye was this beautiful rustic cake stand with a dome lid that was like glass, wood and medal but it would have been even harder to get back to Calgary then my teapot was.  When I got back home, I went on to the Target website and was just gonna pay the exhange, duty and shipping to get it here but sadly it wouldn't ship to Canada,  I searched the internet for hours one day but couldn't find another one like it. 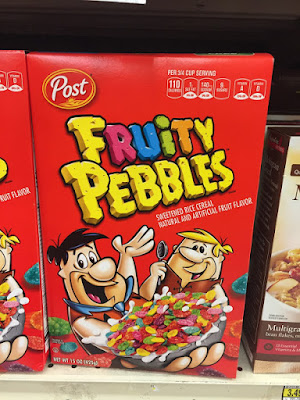 Fruity Pebbles is one of my all time favorite cereals and you can no longer buy it in Canada.  Whenever we drive to the US I buy a few boxes to eat which is huge since I don't ever eat cereal anymore.  It was amazing to walk down their cereal aisle and see all the ones we don't have.  They even had girl guide mint cookie cereal.  I can't even imagine how awful that must taste haha. 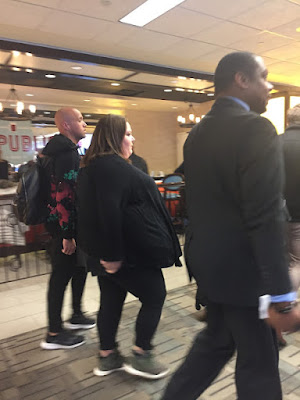 On our way back to Calgary, we had a 4 hour layover in Minneapolis.  About an hour before our flight left, I was going to Starbucks and when 3 people basically appeared out of nowhwere at the gate next to ours.  They were ahead of me at first and then I thought I was pretty sure that was Chrissy Metz walking with her travelling companion and a security person.  Nobody seemed to notice her or didn't care too much but i quickly caught up and  was trying to take a photo without being that crazy stalker person and this was the best that I could do.  They went into the massage place next to starbucks never to be seen by me again.  It made the layover well worth it in my opinion haha.
at April 13, 2018
Email ThisBlogThis!Share to TwitterShare to FacebookShare to Pinterest
Labels: Chicago, Friday Favorites