In late February, Finley decided to cut her hair. She came downstairs for supper and was leaning over the table and I noticed immediately. She denied it the first few times but finally admitted to cutting it off. 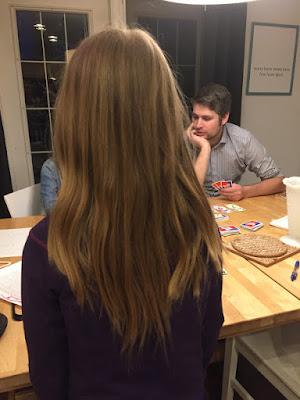 It wasn't as terrible as she had done years before but it wasn't pretty.  It basically looked like a bad layering job.  My friend cuts their hair so they know all they have to do is ask and I will make them appointment to get it done but she chose to do it herself anyways.  I was really annoyed by this and refused to fix it right away even though she hated it.  I was hoping it would help her learn the lesson of not to cut your own hair ever again. 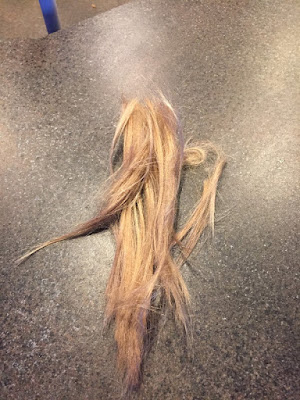 This is the chunk of hair that she cut off.  She brought it downstairs after I asked to see it. I knew she had cut a lot so I only really wanted her to bring it to me because I had fears of her bedroom floor being covered in hair and never being able to get rid of it haha. 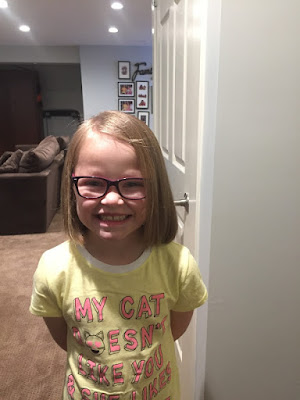 Over spring break, I took them to get their hair cut.  Penelope did not cut her own hair but really wanted her hair cut.  Her inspiration is her epic friend (her words not mine haha).  They now have matching hair cuts haha. 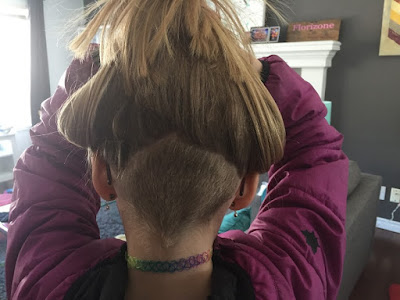 Shannon fixed Finley's hair without taking off too much length much to Finley's happiness.  I wanted her to cut more off but she did get part of her head shaved which has helped with keeping her hair not looking like a rats nest. 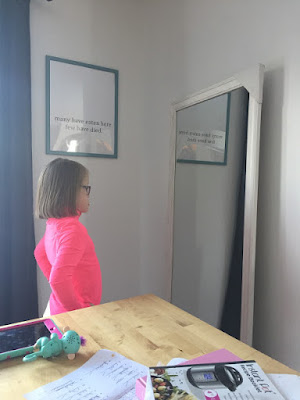 Penelope was obsessed with her hair after we got home and spent all her time in front of the mirror that was being stored there while I painted our bedroom.  It is a good thing the mirror didn't stay there or it would have been impossible for her to get any meals eaten. 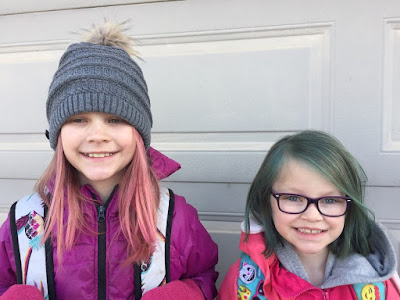 A few weeks later, we finally coloured their hair.  I bought the color from Chatters for $11 each so super good deal.  This time, we did their whole head because I made Penelope's highlights not that good and needed to fix it.  They love it so that is good.  I want to try purple on Penelope next in hopes that it will show up better.  It is just wash out and doesn't last long so it is perfect for the girls!

at April 24, 2018
Email ThisBlogThis!Share to TwitterShare to FacebookShare to Pinterest
Labels: Finley, Penelope