Panda Passage at the Calgary Zoo

To say I have been waiting forever for the pandas to arrive in Calgary is an understatement.  Outside of big cats like the snow leopard or other similar big cats, Pandas are my favorite zoo animal.  I remember spending summers in Calgary and the pandas coming here in 1988 and getting to go with my Aunty and Uncle.  I remember the gas station that my uncle went to having souveniers that I got to have. It was the best.  I have been also lucky enough to see them twice at the San Diego Zoo. 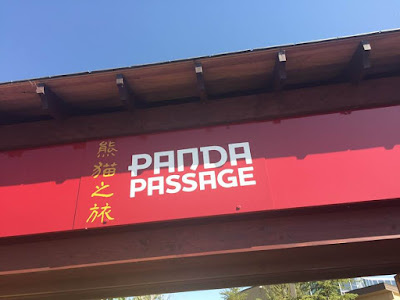 Thanks to a very busy soccer schedule and no days off, the pandas were here for almost a month before I got to see them and had I not been a volunteer for Penelope`s field trip to the zoo, I probably wouldn`t have gone until July when school was out.  We have had annual passes here since Finley was a baby but they expired earlier this year and we are no longer renewing them because we just don`t have the time to get here as often as we need to to make the pass work. 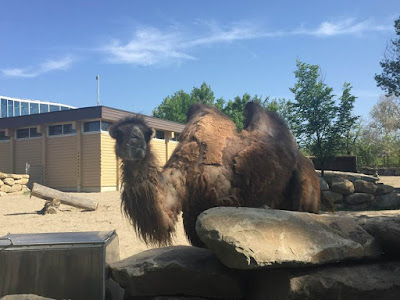 Panda Passage is where the elephants and the rhino used to live.  The komodo dragons still live in the building and are back after being relocated during the renovations to the building.  The camels are also back much to Finley`s delight and that is who you get to hang out with while you are waiting to get into the Panda building.  Papa camel was in a good mood and happily entertaining those of us who waited to get in.  From 9-10am, the building is only open to zoo members.  I have no idea what the different levels are or if all are included in it, so you will need to look into it.  Once it turns to 10am, there are 2 line ups: one for those with timed tickets and those who don`t.  When I looked online to see how to get the timed ticket, you have to pick a time slot when you buy your ticket.  Both lines were equally long and we didn`t wait very long at all to get in. 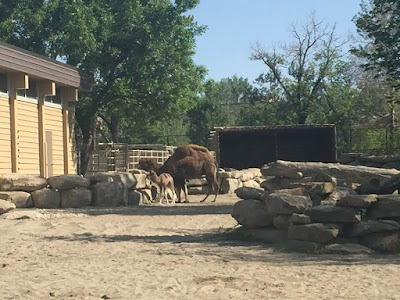 Only 5 days before the camels welcomed a baby camel into the fold and man is it cute.  We watched it eat, walk around and nap.  It was seriously one of the best parts of the zoo that day.  Nothing beats baby animals. 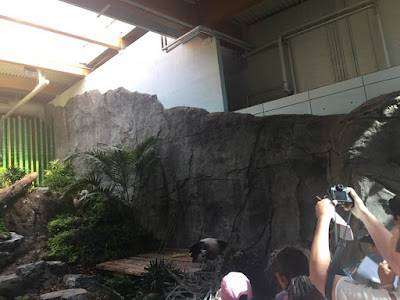 Finally we got in to see the Pandas and despite how orderly and organized the zoo staff seem to be with the line ups outside, the same cannot be said for what was going on inside.  To say that it was a chaotic disaster was a understatement.  And while the zoo was packed with a ton of students and little kids, it was the adults who were the worst behaved. Having been to the panda display in San Diego, I had assumed that it would be a similar set up where you followed a line into the area and it was roped off so it was orderly and single file and everybody got to see all the pandas and there was no pushing and shoving.  It was actually so crazy that the kids in my group weren`t even interested in the animals which was sad because I know Penelope was looking forward to it a lot.  They did such a good job with the lemurs that i am surprised that the pandas were not as organzied. 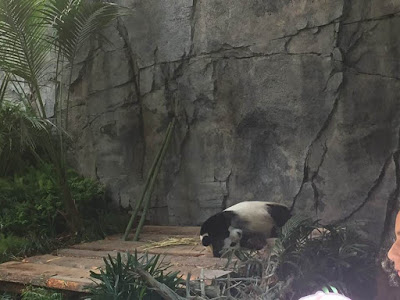 The kids were also quite sad that the papa panda was all alone on one side while the mama and two cubs were on the other side.  I am assuming it was because they don`t want the pandas to be procreating anymore but I can`t say for sure becasue there was nobody to ask about it. 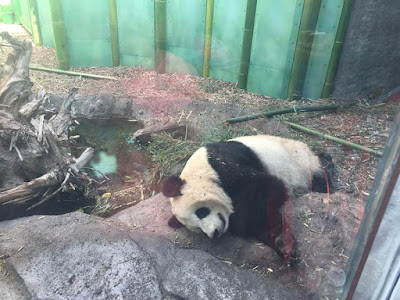 Naptime for one of the pandas,  I have no idea if this is a mom or baby haha.  I wasn`t able to get a good photos of the third panda we saw. 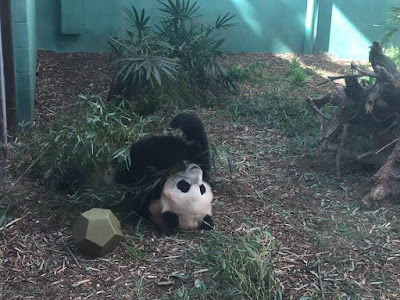 The last panda we saw was by far the best.  She was rolling around, playing and eating. It was fun to watch her play even briefly.  If I remember correctly, we only get the baby cubs in Calgary for 18months before they are returned to china while the other 2 stay for the whole time we get them. 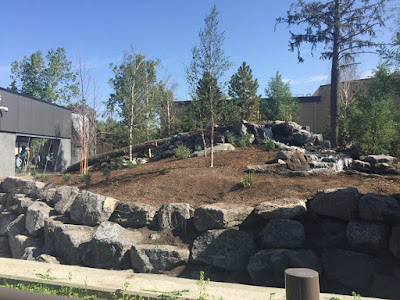 Outside of the panda passage is where the majority of the renovations were done.  Inside, you can still see where the elephants and rhino lived but the outside is brand new and much larger. 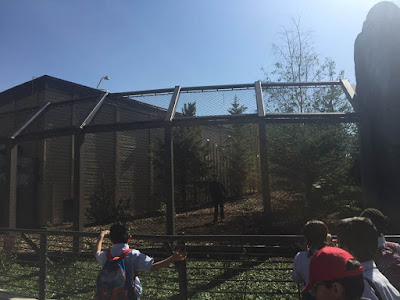 Another part of the outside display.  It was not busy at all because everybody was inside with the pandas.  When you leave, you have to exit through the panda store which is full of every souvenier with pandas on that you can think of.

It was cool to see all of the pandas but honestly, it was so chaotic that the pandas won`t make me come back again too soon.  I will probably take Finley to see them when my sister comes to visit and then probably not again unitl it calms down and becomes enjoyable.  I do recommend going to see the pandas but just be prepared for the chaos that comes along with it.
at June 21, 2018
Email ThisBlogThis!Share to TwitterShare to FacebookShare to Pinterest
Labels: Calgary, Calgary Zoo, Pandas, YYC