Every summer I usually do a summer bucket list with some great adventures for us to do around calgary and beyond.  I had decided at the end of last summer that I was no longer going to do that because it put too much pressure on me to plan and organize stuff and I am trying to avoid that during the summer.  Instead we are flying by the seat of our pants which may be why we haven`t had a lot of adventures yet haha.  Anyways, a friend of mine posted a poster she had made for her kids for the summer and it was called "If I am bored....." and listed a whole bunch of things for them to do instead of complainging that they were bored.  What a brilliant idea. 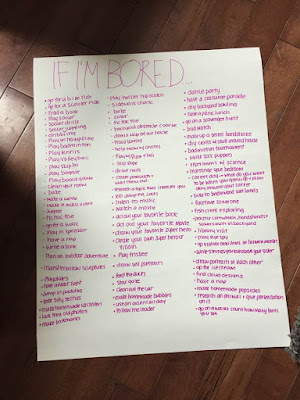 If you are a parent - especially a parent to older school aged kids - then you will probably agree with me that there is nothing more grating and frustrating to hear day in + day out that they are bored.  Seriously I don`t think there is a phrase that I hate more in this world than that.

So I went to the store and bought some poster board and made our bored list.  I borrowed some ideas from my friend who posted the idea originally, a whole bunch from pinterest and there were a few that I even came up with on my own. The kids were excited to come home and see all of the fun things on the list and so far, it has come in really handy. 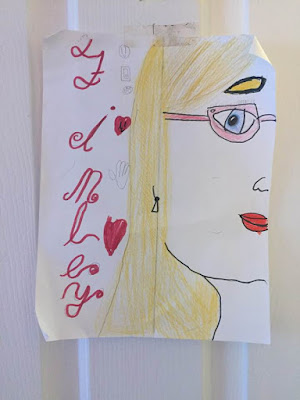 Last night they made self portraits of themselves.  This was Finley`s. 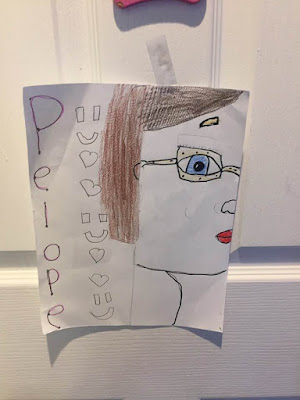 This was Penelope`s and she thought it was horrible but I think it is pretty cute.

Do you have any bucket lists or activities or anything to keep your kids occupied during the summer so they don`t drive you crazy?
at July 10, 2018
Email ThisBlogThis!Share to TwitterShare to FacebookShare to Pinterest
Labels: Bored, Summer 18