I was struggling to find some blog posts to write about when I thought about  my friend + fellow blogger Christy's monthly posts on her amazon prime purchases.  I love reading her prime posts because she always has something clever that I want or need to try haha. If you don't have amazon prime then you are missing out becuase it is fabulous.  My favorite is when I order on a Sunday afternoon and it shows up on Monday afternoon - of a long weekend!!!!  The worst part is when the distribution centers near Calgary don't have what I need and then I have to wait like 3 days.  First world problems right???  Also included with your Amazon Prime Membership is Amazon Video and Music.  You just can't stop winning with prime hahaha.

Anyways, here is what I primed in August: 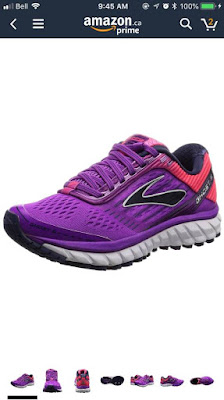 After months and months of research, I finally made the very difficult decision to switch running shoes.  I purchased a pair of Brooks Ghost 11's at the Running Room but I wasn't in love with the colour. It has since grown on me but I searched for my shoe on Amazon and found the Ghost 9's in a pretty colour and for a significantly cheaper price.  I ordered them thinking they may not fit since they were regular width and the ones from the running room were a wider fit since I need all the room in my shoes.  They were coming from Ontario so  I had to wait 3 or 4 days for them to arrive and when I opened them up, I prayed to the shoe gods that they fit me becuase they were even prettier in person.  The did fit although a half size bigger would have been perfect but I ended up returning them because the 9's had a piece of plastic over the big toe that drove me insane the mere instant that I tried them on so I knew they wouldn't work for me.  The great thing about Amazon is that they have a great return program and all I had to do was initiate the return process on the app and they sent an email to me that I printed out and put back on the box and then dropped off at the post office to have them shipped back all for free!!!! 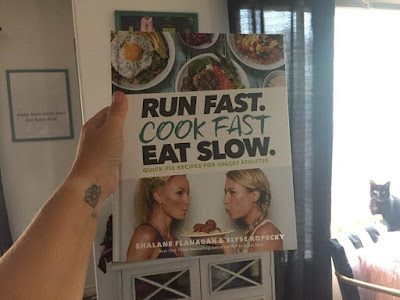 Technically, I pre-ordered this back in December and it arrived to our house on August 16th while we were on vacation in Kelowna. I LOVED the first book and am already happy with this one.  I also LOVE LOVE Shalane Flanagan too haha.  When you pre-order on Amazon as soon as it goes live on their site, you pay full price but as the price drops throughout the months leading up to the release, you pay the price as of shipment not purchase. When I pre-ordered Magnolia cookbook, it was $40 but I ended up paying like $22 for it.  I saw it for cheaper somewhere else and wanted to make sure I was also getting the cheaper price and I was! 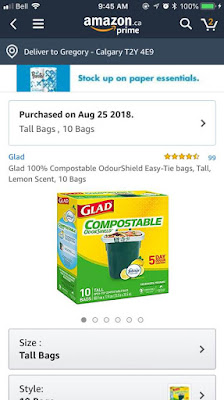 Large compostbags are hard to find in Calgary.  Superstore and Walmart never ever have any in their brand or in the Glad brand so I have to order them every 2 months off of Amazon.  You are probably wondering why anybody needs compost bags that large, I mean they don't fit in the compost bin and your kitchen would probably not smell so great with all that compost sitting there.  Well my friends, I use the large compost bags for emptying our litter box every Tuesday.  Litter is compostable but the small compost bags that fit in the compost bin don't hold the litter (trust me on this, it will save you a lot of clean up) so I use the larger bags.  Both stores used to carry them but now they don't.  But it is all good because I can buy them on Prime! 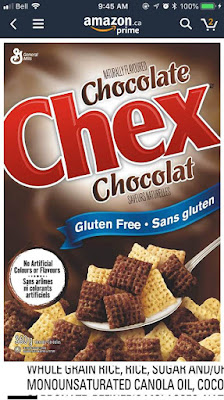 This is the only cereal that Penelope will eat.  I know, I know, who feeds thier kid chocoalte for breakfast but when your child has celiac disease and most cereal is overpriced that tastes like the box it comes in, you give in when you find one that she likes.  She doesn't love it but she likes it. We tried the cinnamon one but she didn't like it at all.  The reason I buy this on Amazon is because it is $2.48 a box.  The same size box at Walmart and Superstore is $4.48 I believe.  This is an add on item only meaning I can only purchase it when I meet the qualifying amount but that is usually pretty easy to do. 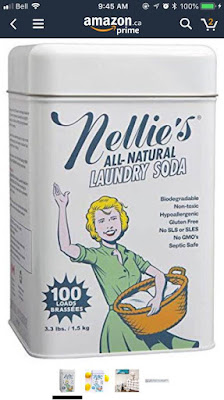 I used to use another brand of laundry detergent that I ordered online but I couldn't find it when we ran out earlier this year.  Penelope has super sensitive skin so using traditional store stuff won't work for us.  I found this at winners one day and bought some to try it out and she had no reaction to it at all so I am sticking with it.  Unforunately I haven't found at winners since then but thankfully Prime had it for only a few dollars more. 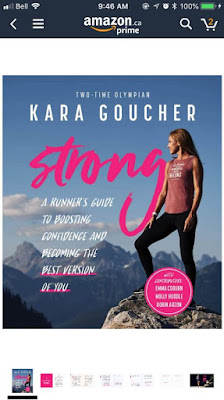 Kara Goucher is an olympic runner who's first book I just got out of the library and really wanted this one but they didn't have it so I bought it and I got it the very next day.  That makes me so happy hahha.  I haven't read it yet but hopefully soon I can sit down and get it read!

What were your favorite prime purchases this month or recently??

at September 07, 2018
Email ThisBlogThis!Share to TwitterShare to FacebookShare to Pinterest
Labels: Amazon Prime